Click on Unidentified (fiddly on a tablet because the response area is pretty small): album partially obfuscated

Click on Identify Album: album art almost completely obfuscated, in fact anything that makes it identifible is hidden

Having manually identified around 50 albums using above sequence last night I’d like to request that the popup windows should be moved to the right half of the screen so as not to obfuscate the underlying album cover. The reasons for this are as follows:

Another thing that can be done to improve things. Rather than present a scrollable list with wasted screen real estate on the right of the listing… 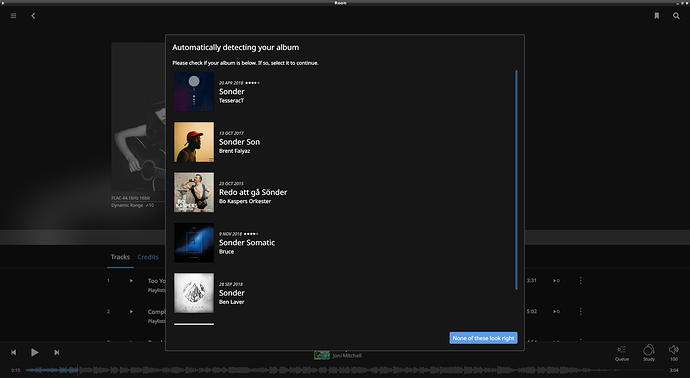 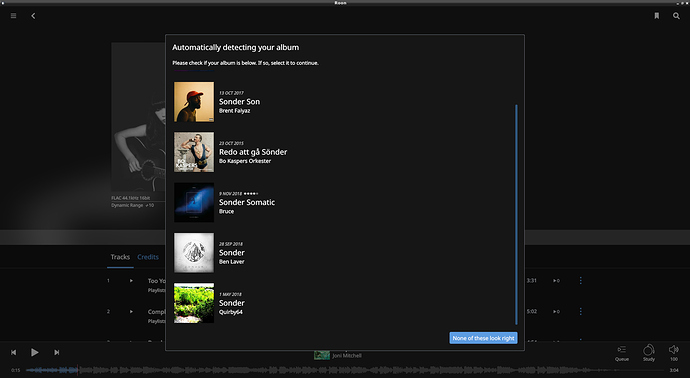 Why not use the screen real estate on the right and resort to scrolling only if absolutely necessary?: 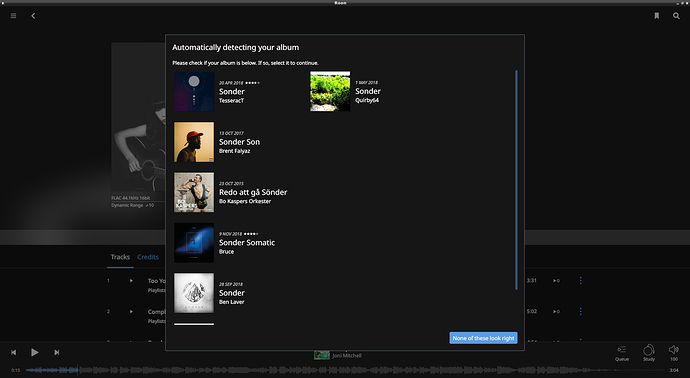