there was a wrong identification of Dave A. Stewart (Eurythmics) with another Dave Stewart it has been “worked” by the staff, but not solved. in fact i now have this: 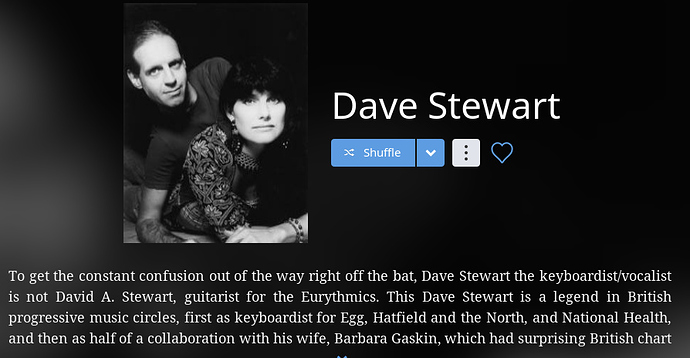 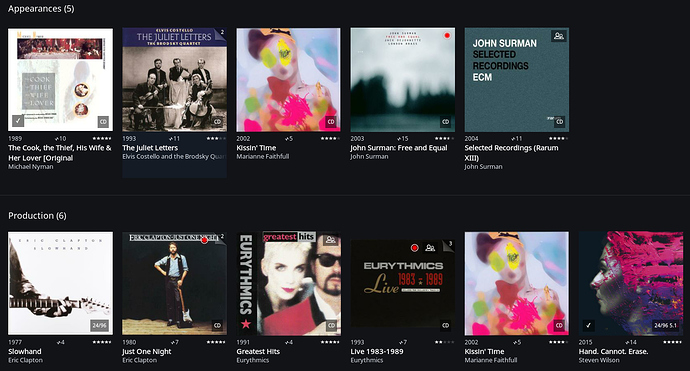 finally, in my eurythmics albums i have: 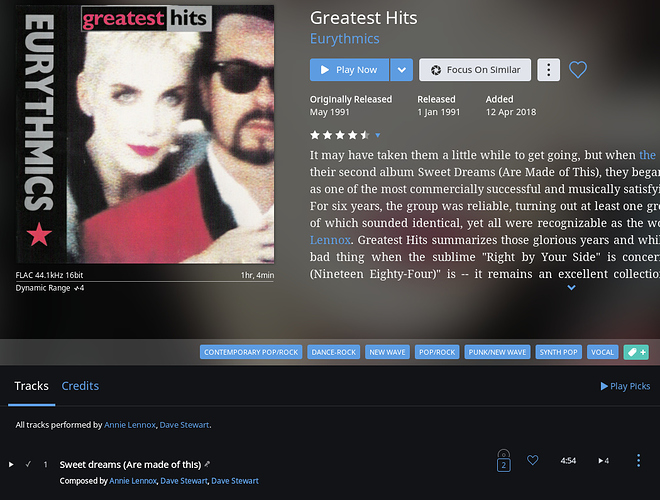 This edit was only made a couple days ago, and per Joel’s post, this can take a little bit of time to reflect in your database.

I’d definitely give it a week or so and then update us here if there is no change and we can take a closer look.

i’ve read the post by @joel.
the point is that the situation HAS CHANGED, so i assume that the edit is now reflected in the library. but the error is still there, even though it is now different…

Edits are not immediate:
Where we’ve made an edit, the effects should propagate to your libraries within a week.
Where source metadata changes are necessary, these may take up to an additional week longer depending on the metadata provider and the nature of the edit(s). i.e. up to two weeks for the whole process.

The edits that have been recently made may take up to two weeks to have effect. Reports of continuing issues after that time will be helpful.

@Niccolo_Terzi I did a quick sanity check. The trombone credit for your Michael Nyman The Cook, the Thief… album is now correct in the Roon Cloud; it’s almost certain that the metadata for that (and for your other albums) has not yet been pulled into your library.

To clarify the process:

it has been solved