Equivalencing rules. What are they?

The equivalencing rules seem quite arbitrary, so except by trial and error it can often be difficult to second-guess what tag to use (there are also large numbers of duplicates) and I find I am often manually editing to tidy things up. Much more so than I remember previously. There are many types of example but a particularly annoying one is the way in which roon handles historical name changes.

I understand there can often be dozens, if not hundreds of equivalents in some cases, but what are the rules by which the primary name is chosen? The reason I am motivated to ask is roon does not equivalence artists on all page layouts (even if it is doing it internally). So often the only way to eliminate duplicates on a page is to manually use the roon primary equivalent. The most common page where this happens is the main album page.

By way of example. I have just imported this Franck Symphony in D into my library from Qobuz. 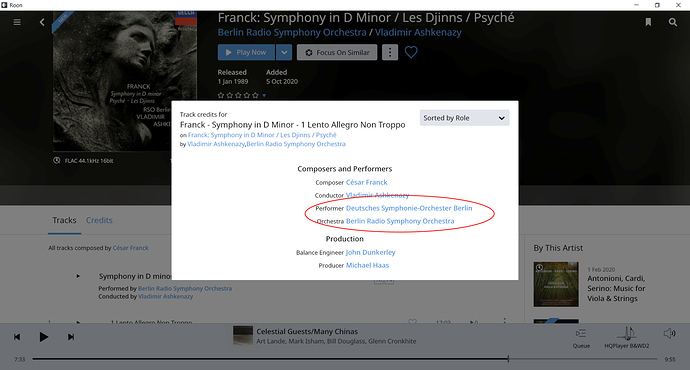 As you can see there is a credit for both the Deutsches Symphony-Orchester Berlin and the Berlin Radio Radio Symphony Orchestra. The Deutsches Symphony-Orchester Berlin is the current name since after re-unification in 1993. The older name was from the original recording. I assume that roon is getting one name from one metadata supplier and one name from another and is not equivalencing them.

There are going to be different opinions on this. Some will want the old name, some will want the new name. Personally I just want a consistent rule. Will the original recording name be used or the current name be used? Most of the time I would prefer the current name as long as artist bios describe the ebb and flow of the historical name changes.

But, if I merge the two orchestras, I then get this: 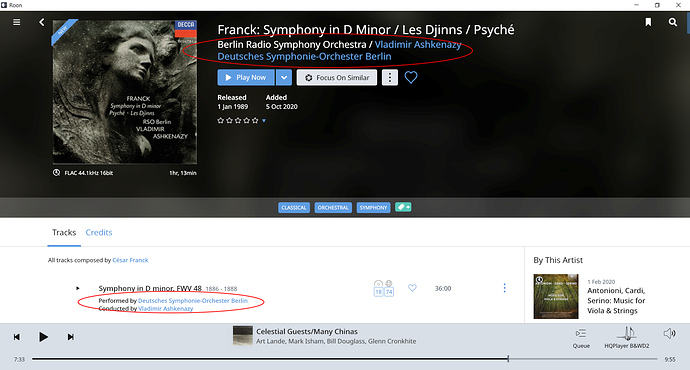 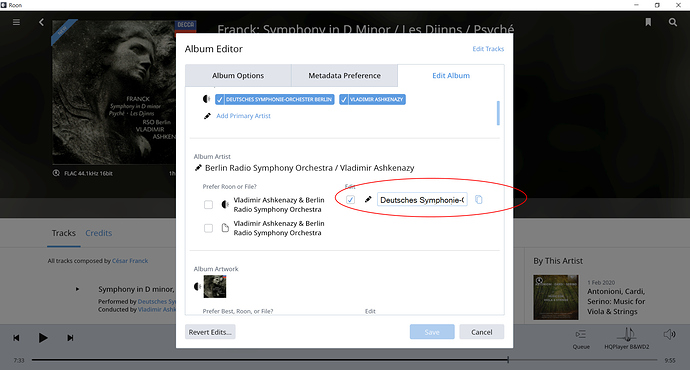 Then finally, I will end up with a screen like this: 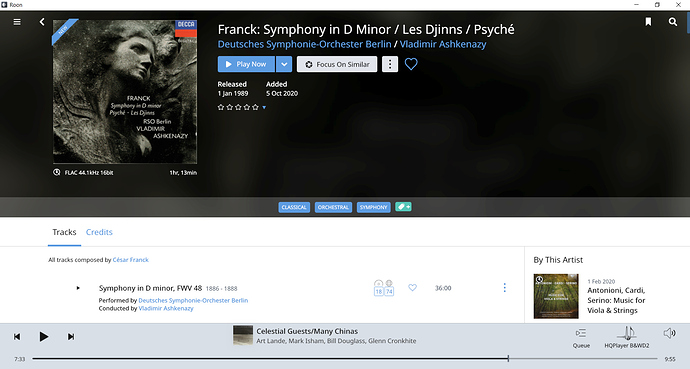 Surely, the equivalencing process could be improved so that none of this is necessary?