Error in Discovery results being added to queue

As a result of Discover, I am presented with this screen - 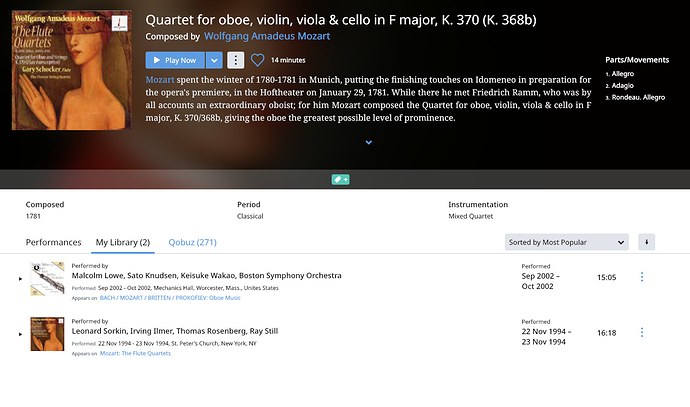 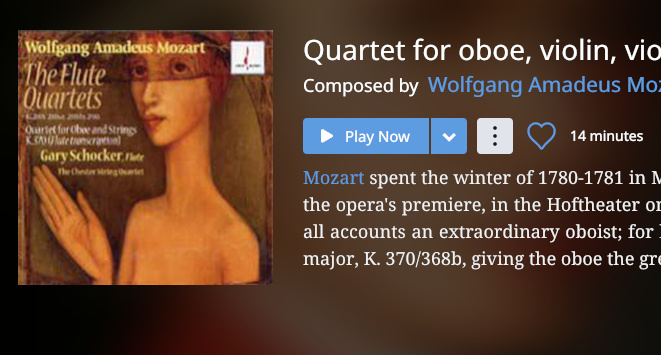 Both selections get added to the queue - 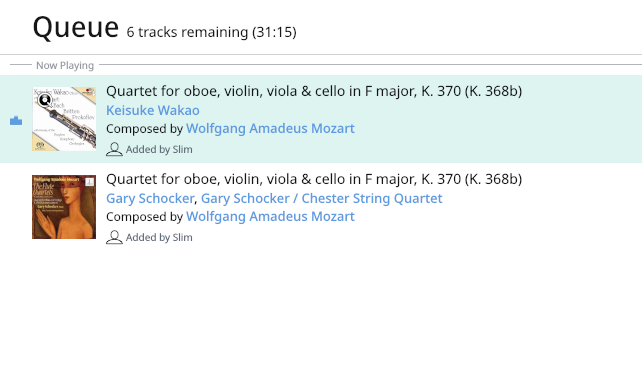 For that matter, since one can select what is to be played by clicking on the entry in the list, what is the point of the top display? It can’t be to allow one to select all possible candidates since it is displaying only one.

It’s no big deal, but it seems like just another confusing or unfinished aspect of Roon’s UI.

This is a Composition. “Play Now” for a composition plays trough all the performances (271 if you were on the Qobuz listing instead of your Library). If you want a specific performance only to play you have to issue the command by clicking on that performance (play options menu) or use the small play icon in front of the line.

Click play on an album, some other album plays Support

I searched for “Mahler 2”. The top hit was a performance by San Francisco Symphony from my local library. Clicked on that album. It shows an additional performance below. When I clicked play on the main result, one of the additional performances (different artists, not in my local library but in tidal) plays. I can reproduce this consistently. I don’t think this has anything to do with my setup, most likely a general bug, that’s why I did not include my setup details. [WrongAlbumPlays]

Edit: I can see that displaying a (random) album art with what actually is a composition can be confusing for some users. Maybe Roon Labs can come up with a better solution for compositions? How about displaying a composer picture instead?

This is a Composition. “Play Now” for a composition plays trough all the performances (271 if you were on the Qobuz listing instead of your Library

Ya see, that’s my complaint. Why would one want to take the action of playing thru all performances?

I’m the OP of the other discussion.I don’t mind the feature, but it uses the cover art from a specific album, leading one to believe it will play only that album. Maybe, it should display a collage of the multiple album arts?