If I reboot both the ROCK and my iMac as per your advice the fix “cifs://IP of your ROCK machine/data” works for me but when following Piotr’s second step to initialize with SMB2,

“If everything works fine, disconnect and connect again, this time using rock server in Shared. In this moment you should use SMB2”

the drives are, once again, locked down.

Obviously a software issue from the last update.
Thanks,
Warren

Obviously a software issue from the last update.

Fully agree
If I connect the had drive to another device, I can have access through my iMac as usual. Problem is evident only when connected to Roon

Also have noticed that song selection, from pressing play to start of play, seems to take far longer than in the past. Anyone notice this? Currently my music disc is locked but the backup usb stick isn’t. 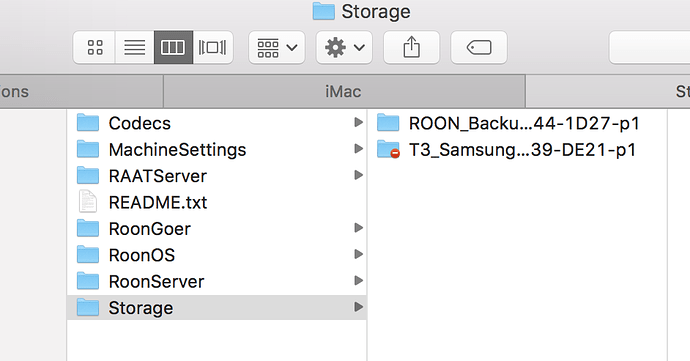 I hope this is the right place.

I run ROCK on NUC with an attached WD USB disk.

I use a MacBook Pro to manage my files.

Although I can see the ROCK share, and connect to it to see the Data folder structure, the Storage folder where I am supposed to see my music files is not reachable. It says:

and the name is funny since from roon setup I simply see KutluayDuo when I am managing the storage selection.

Can you try to mount it with cifs://ROCK/Data instead of smb://ROCK/Data and let me know if that makes it work?

Is your MyBookDuo formatted as ExFAT?

I was having the same issue using my iMac. Using instructions above I got it to work.

Greg, As of late last week, it seemed like using “cifs” was regarded as a workaround until Roon understood what was causing the problem.

PS: FWIW, cifs works fine for me and my EXFAT external drives to my ROCK. No performance issues that I can detect versus smb.

As of late last week, it seemed like using “cifs” was regarded as a workaround until Roon understood what was causing the problem.

This would be a question for @danny.

nothing has changed since last week… but this workaround is a fine solution. 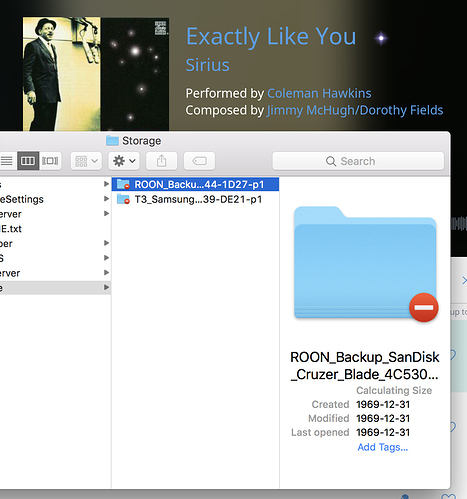