I have the same slow search and performance issue since 1.6.

Indexing new albums, SLOW. Searching for Album or Track, SLOW. When a song is playing and you try to play a next song or album a long wait until track starts playing.

Problem seems not a hardware or network related issue. Looks like Roon is not taking advantage of all possible resources eg CPU or RAM.

Before update to 1.6 when you activated Library | Background Audio Analysis Speed Fast you would see how it hurts the CPU and max it out. Now same setting not even bothers the CPU

Around 20000 tracks for testing stored local on SSD and access direct without possible network lag or potentially issues with external hard drives.

Same issue as above. Slow. No Tidal, Qobuz or Dropbox used. At this point even iTunes seems to respond quicker than Roon

Can you provide some details on your current networking setup?

Also 2 1/2 hours ago I added two albums to the library folder. One DSD album (11 tracks) and one 24bit album (10 Tracks) . Progress can be seen on the attached screenshot

Searches are slow regardless one what you search for.

Section below is black and around 30-40 seconds later you see Recently Added popping up. Then after I click on Albums I see the Roon logo moving likes when its loading. Screen goes black below the Shuffle button and above the currently playing section. Around 15-20 second later albums show. Scrolling through albums by moving too the left page by page shows the albums but is seem to get slower loading images after 3-4 page. If you scroll several pages you get a black screen and maybe 10 seconds later the albums load delayed.

BTW. While I wrote all this Roon was indexing the 2 albums I mentioned above earlier. Here current status 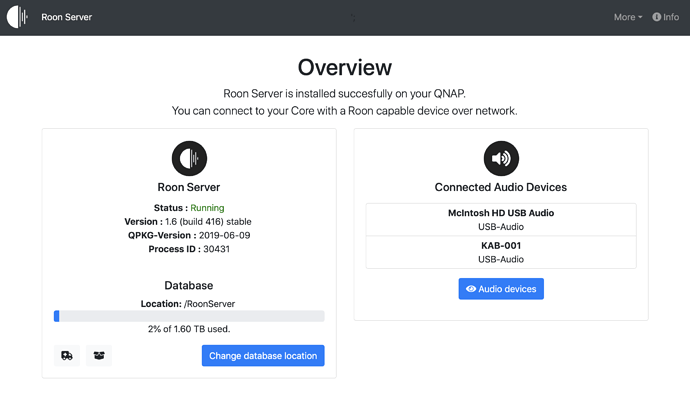 Follow up the indexing after 3 1/2 hours. We are at 16 songs imported

Thanks for sharing those additional details. You mentioned that this same issue occurs on the Mac Pro (when it is being used as a Remote and also as a Core). I wonder if this issue is specific to the Mac Pro, would you by any chance have another remote that you can use to verify the behavior, such as an iOS or Android device?

Also, after performing this test I’d like to separate the network further. If you disconnect the network when Roon is acting as the Core on the Mac Pro and attempt to output to your Mac Pro’s System Output zone, does the same slow behavior occur?

I mentioned the Mac Pro since that’s where I was typing the response. I have several Laptops, Android tablets, iPad, Windows 10 machine. Here you go. Same issues on another client 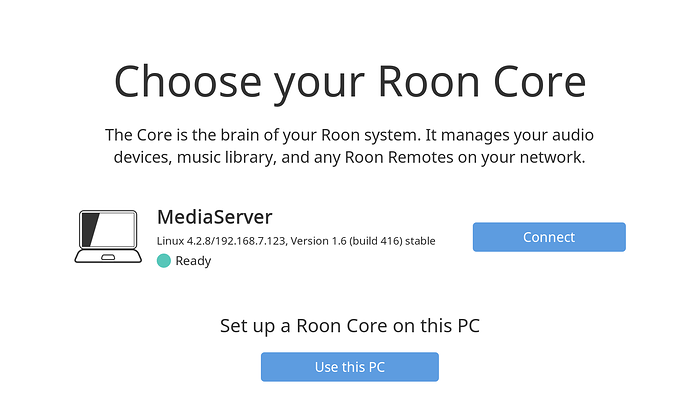 Thanks for sharing that screenshot and for confirming that this behavior occurs across multiple Roon Remotes. I am seeing that the Core is still the MediaServer in your second screenshot, can you confirm if the behavior is the same if you use the Mac as the Core (as in press the “Use this PC” button)?