I just listened to a few tracks of two new releases-- Jockstrap’s self-titled debut and Built To Spill’s “When the Wind Forgets Your Name”. I was really impressed with the music on both, fresh, inventive, and innovative. But the F-bombs and B-words thrown in many songs kind of detracted from my enjoyment, to the point where I had to turn them both off. Does anyone else have this reaction to explicit lyrics? I am a 67 year old white guy, by the way.

I’m with you. A rare expletive is ok, but repeated F-bomb music doesn’t do it for me. To each his own.

In fairness both albums do have the “E” mark on the cover.
I’m not familiar with either bands music, are expletives common to them?

Jockstrap is a new group so no info there, Built to Spill has quite a few albums. yes I saw the “E” but the reviews were so good i really wanted to have a listen.

It doesn’t bother me in the slightest. I’m rather partial to a well placed expletive!

Tbh while I am not offended by it I really don’t see the point in anything much more than an odd well chosen and placed curse.

It just shows that something is sadly lacking in their lyrical creative process if they have to resort to multiple repetitive cursing in a song.

There’s a lot of music out there. I’d personally listen to something else if the lyrics upset me.

I too am against meaningless sex and senseless violence, unless it’s necessary for the plot.

It quite often surprises me, but only because I’m used to hearing ruined-for-radio versions.

Just don’t listen to the music with the explicit warning in front. It’s that simple.

I can see the dilemma here: you like the music , but not the lyrics. For me, the music would have to be extremely good to compensate for the foul-mouthing.

I absolutely despise it… not just in lyrics but in conversations as well. I can see why people throw in the F-word if a brick lands on their toes, but if there’s no expression of some extreme feeling / emotion, I don’t see the point. The point usually seems to be to reïnforce what was said, but if that’s needed, than that person had nothing of any importance to say to begin with.

But that’s just my opinion.

I went thru my entire collection the past few days to see how many “E” albums I had and why I would keep some and reject others. I think my reasoning is that when an expletive fits a lyric’s narrative I don’t have a real issue (see John Lennon “Working Class Hero”). When expletives are used just as window dressing (calling women “B’s”), that bothers me more. Other posters are right, I don’t have to listen. I imagine younger listeners might laugh at my response. Some things get desensitized when they become prevalent.

Doesn’t bother me much and usually hit next or blacklist the artist if there is too much street or violence in their rantings.

I know plenty of people who talk that way.

I know plenty of people who won’t talk to those people.

I have a habit of talking to everyone.

I consume art as the whole. If there is a bit of it that turns me off I move on. In the case of “jockstrap”, that band name offends me more than any of their lyric and this is the first time I’ve ever heard of them

No, I listen to alot of hip hop. I’d be disappointed without it.

I generally avoid hip hop because of what I find to be the frequent and pointless vulgarity , violence and misogyny.
I’m sure I have missed excellent artists but I simply wont tolerate the egregious use of such obscenity as “WAP”. ( I’m embarrassed to even mention it). I fear for young people who are exposed to this pollution.

I guess it comes down to personal choice and taste. The way I consider it, swearing isn’t necessary a bad thing. More important is the intention behind the words. Explicit lyrics can sometimes help the song and the message. Political messages in a song can be harder to tolerate in my opinion, but that is another topic

I too am against meaningless sex and senseless violence, unless it’s necessary for the plot. 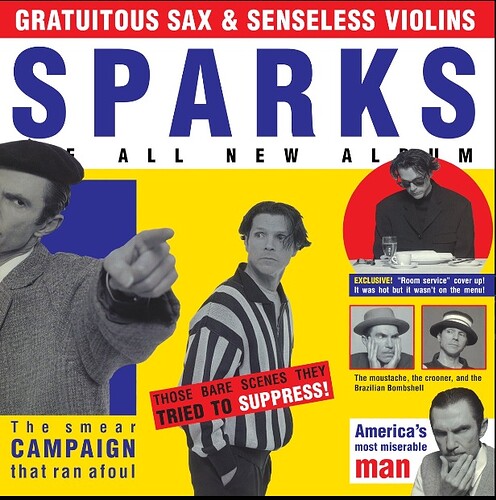