Not sure if this message is a bug in the software or the feature actually exists and I can’t find it. Check out the below image from Roon: 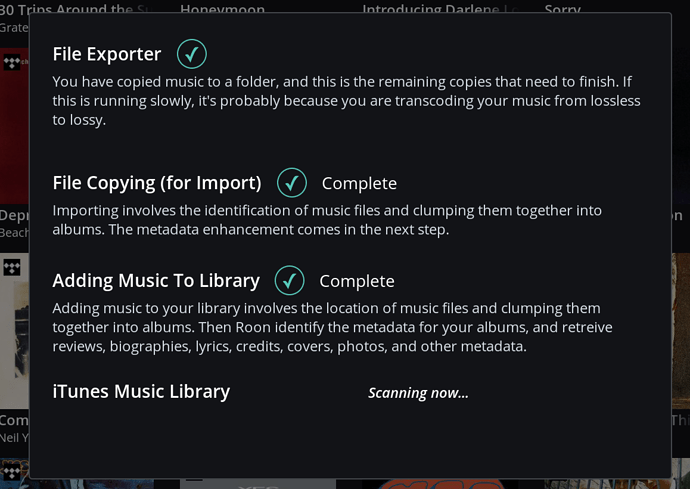 See where it says that an export would run slow because the export is transcoding from lossless to lossy? That’s what I want to do, but can’t figure out how. The export feature only seems to export in the existing file format. What I want to do is to export MP3 versions of certain tracks so that I can put them on my phone. Sooloos had the ability to do this. I assumed that this feature did not exist until I saw this screen and now I’m wondering if I just haven’t figured out how to do this. Can transcoding be done? I’m just looking for FLAC>MP3. No DSD or anything.

Hey @rbienstock – unfortunately that message is a mistake, and Roon doesn’t currently include the ability to transcode.

We’ll get that copy fixed for our next release. Sorry about that!

OK, consider this a feature request.

You got it Robert. Hope all’s well with you.

If you want to transcode, I suggest dbPoweramp. It works like a champ.

Roon doesn’t currently include the ability to transcode.

Having not updated my idevices for some time (as well as a new car with weird USB/sdcard player), and having to now jump back into iTunes, Roon export and converters, I have to say that would be a fantastic feature…