I’m testing the extension manager and the alarm clock extension. I like both ideas very much, but i have an issue.

am i missing something here?

I created a Docker Image for the Roon Extension Manager! This image should be runnable on the more powerful models of the Synology and QNAP NAS’es, although, I cannot test this myself so let me know how this works out. It can also be used by installing the Docker Community Edition on your PC or Mac. Here is the link to the image: https://hub.docker.com/r/theappgineer/roon-extension-manager Setup instructions are there as well. The Dockerfile can be found on GitHub. I’m new to Docker so sug…

Additional informations can be found here.

The --restart unless-stopped option should take care of restarting the docker container if needed. Unfortunately, the GUI of QNAP doesn’t offer the possibility to set this parameter in this way.
You can use the shell (Shell App or SSH) to run the command docker run -d --network host --restart unless-stopped --name roon-extension-manager --hostname Docker -v roon-extensions:/root/.RoonExtensions/lib -e "TZ=<timezone>" theappgineer/roon-extension-manager:latest or use ContainerStation > Create > + Create Application, which is how I did it, and then provide a docker compose configuration that does basically the same. For both cases, make sure you provide the correct time zone for the alarm clock to work correctly!

Make sure you open up the extension manager in Roon and do a manual update to ensure you’re running the latest version. Now it should run without further issues – at least it does for me – on your QNAP NAS.

i also tested the extension manager on 2 raspberry pi’s

Have you used the setup script for installation? This configures a service that takes care of the restart after e.g. an update cycle.

no i followed the manual instructions which were described for dietpi

I now ran the setup script, which ran correctly and which has setup the extension service
looking good now

now i’ll wait and see if it remains visible

thanks for pointing me to the setup script!

setup script for raspberry pi works like a charm!

i’ll try this in the docker later on

at the moment it’s running perfectly fine on the raspberry

Unfortunately, the GUI of QNAP doesn’t offer the possibility to set this parameter 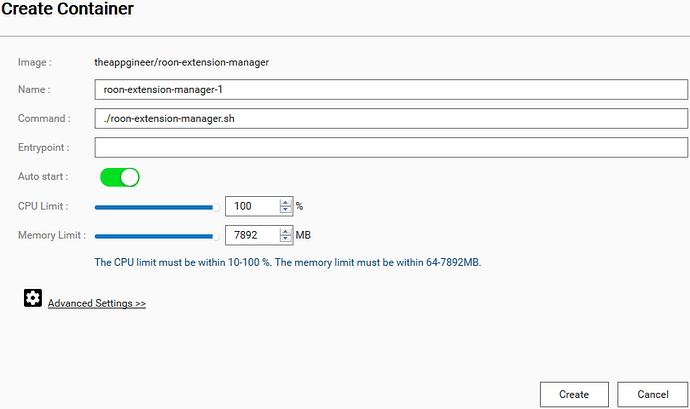 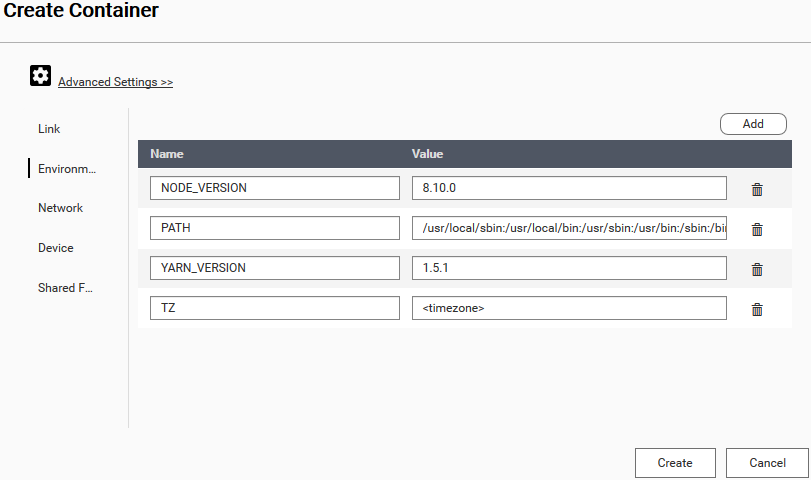 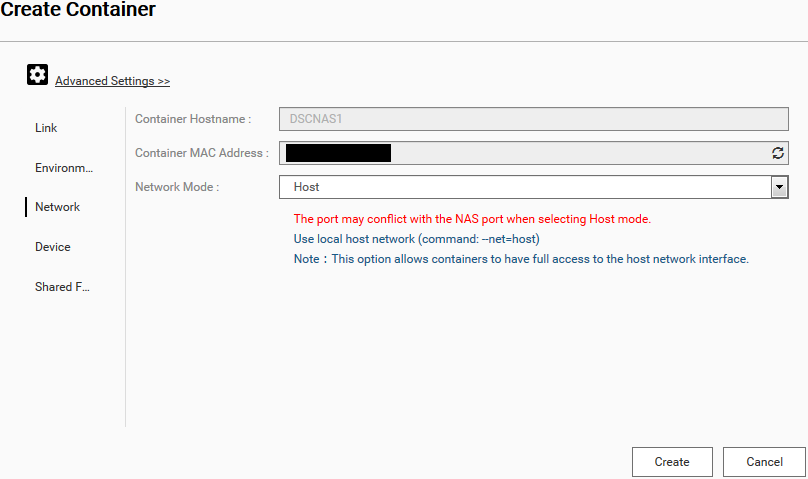 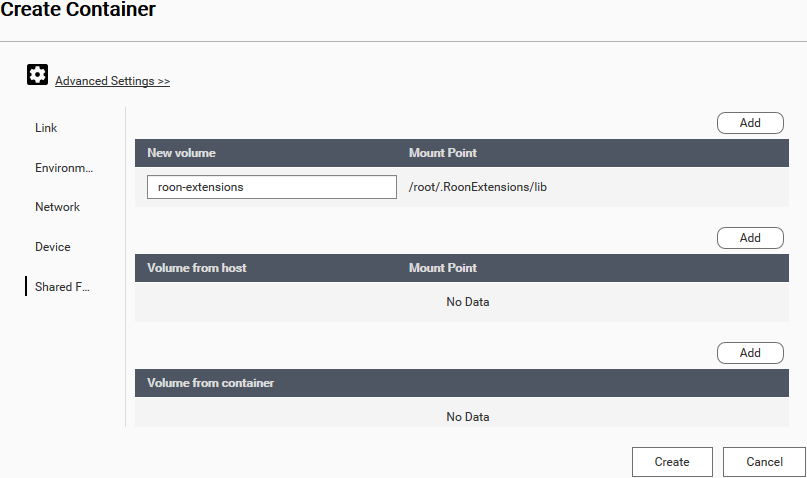 grafik.png807×478 15.9 KB
Auto start: here in the meaning of start this docker application automatically when ContainerStation gets started (normally after a reboot of the NAS).

But using one of the above mentioned methods (Shell or Docker compose) will not make the QNAP management solution ContainerStation obsolete. The application is shown and also manageable just the same as it would be when setup through the GUI. 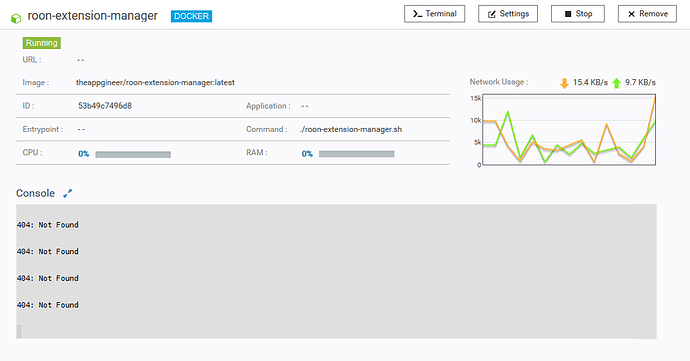 grafik.png1034×542 31.8 KB
A subsequent change of the settings is not necessary but possible. 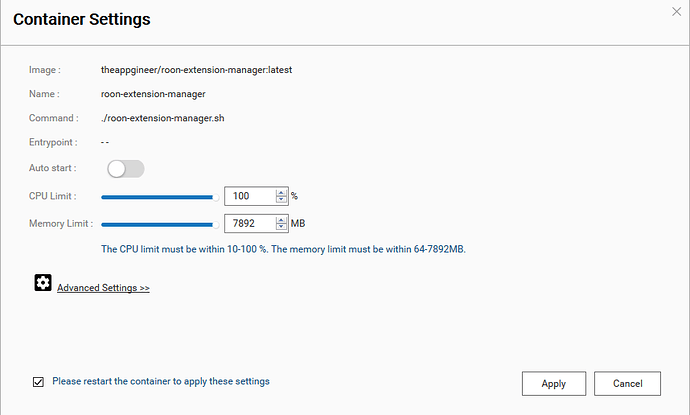 Don’t use external: true on first run, add it to the docker compose when its running successfully or you will get trouble with losing added/changed files (losing e.g. port configuration for Web Controller and alarms in Alarm Clock).

Regards Robert TotaIs it possible that the Roon Extension Manager automatically updates to the latest version, which uninstalls the installed Roon extensions?
I am asking for the version installed in Windows 10.
Regards Robert

I don’t know, but I’m experiencing serious problems with the newest version of the Roon Extension Manager at the moment also.

I think it’s best when you either post your problem/findings in a new thread or append it to the announcement thread for the Roon Extension Manager instead of necroposting into old threads.

I have the Extension Manager installed on a Raspberry 4 with Dietpi. It worked until I want to add the BT Entrypoint.
I was unable to get Bluetooth work right after the setup in Roon. So I found some workarounds from different sites and after a few hours I could connect my Phone with Roon and it worked. BUT:
The Extension Manager was dissapeared in Roon.
I’ve flashed a clean system on my Raspi and do the setup again. Bluetooth still a pain but after hours of trying different things (don’t ask for details, I’ve just copy and paste some codes) it worked and the Extension Manager disappeared again…

In Dietpi-Launcher I have found this: 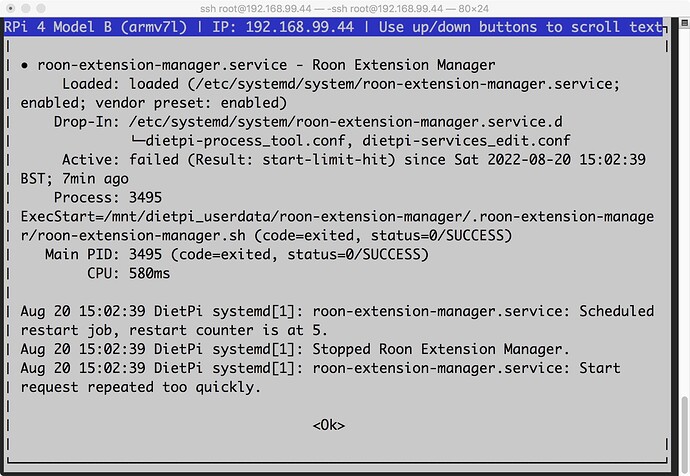