Hello, I like that the songs are put in their original album.

Is there a procedure that will ensure that the song is only in the original album without me having to hide it from the greatest hits manually? 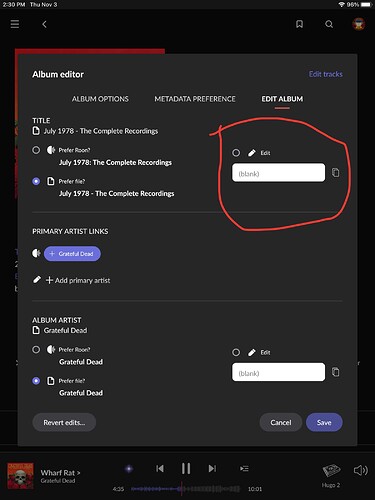 Another possibility to try is to edit the file metadata with a metadata editing program.
Then in Roon open the album editor and select the metadata preference tab and tell roon to use your file metadata rather than Roon’s.

Yes indeed… it’s one of the things I regret about Roon that we can’t change the file metadata, if only for the title, the artist and the name of the album!

Did you try “removing” the track(s) first from the Greatest Hits album before merging them into the original album? 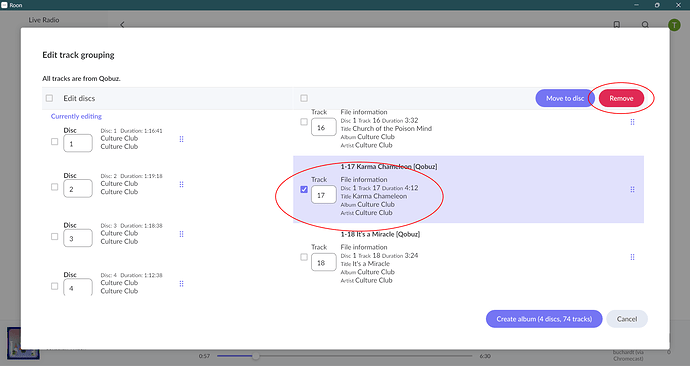 I do this occasionally when I want to break up big box sets into their original albums but TBH it is much easier to rearrange the tracks into separate folders with a 3rd party tagger outside roon first and then only use roon to identify the result in roon rather than trying to do an extensive edit in roon.