If I drop the HDMI requirement, but still want support for multi-channel audio, would the Bluesound Node be a good option?

No, Bluesound Node isn’t an option for multichannel or DSD.

If you drop DoP, then the easiest way is to use an Rock system (it must be not a NUC, but you can install ist on many Mini-PCs) only as Roon Bridge and connect it through HDMI to your Yamaha Pre.
If you really want (like me

) to play DSD content in multichannel without conversion to PCM, you need an multichannel DAC with USB in and “DSD-Decoder”.
One of the cheapest one is the Okto Research DAC8 Pro. I’ve used them, but changed to the exaSound e68. As a complete Roon Endpoint (for the dac only solution, you need an additional endpoint) you can buy the the exaSound S88 or the Merging PLAYER (this will costs “only” € 14,506.20).

By the way: If you are using any DSP (in Roon or in the Yamaha Pre), then it doesn’t make sense for wasting money for “native DSD transport”, because at least the Yamaha will convert it to PCM. So my first option (Rock on a Mini PC) will then enough and much cheaper…

forgotten:
no, it’s possible to transfer DD or dts through Roon and HDMI to your Yamaha Pre, but not (through HDMI) DSD without converting to PCM.
For this (DD, dts and multichannel flacs) I’m using a small Zotac (ZBox CI331 Nano with a Celeron) and Rock as Endpoint.
On the other side: For multichannel DSD, my endpoint is also a Zotac, but with Windows and Roon Bridge on it, because my DAC needs an ASIO driver.

Thanks @Burkhardt_Petermann for your reply,
I think I have to drop my wish for DSD and be content with multi-channel audio and DSD conversion to PCM. That way I’ll be good to go with a mini-pc. I’ll keep playing my SACDs in DSD using my universal disc player (Sony UBP-X800 M2). MQA is not supported either, for that I need a MQA approved streamer (like the Bluesound Node). Thanks!

Sorry for deleting your mail, but for the settings:
You’ve to avoid any DSP in Roon. Otherwise dts and DD won’t work.
For the output through HDMI you can select 5.1 or 7.1. It depends on your AVR, which is the correct setting.

Thanks for your screenshots, @Burkhardt_Petermann

I’m a bit in doubt about getting a fanless 11th gen Intel NUC (Intel Core i3-1115G4) or a Zbox CI331 (Intel® Celeron® N5100) as you suggested, both just running roon bridge.
The 11th gen Intel NUC is more expensive, is future proof (and has better specs), but isn’t supported by ROCK. I’ll use Windows 11 with roon bridge on top of it in this configuration. (You can enable roon display on a supported web browser and use the HDMI video output using this setup, which is a pre, I think)
The Zbox CI331 is cheaper (about 30%), runs ROCK (but not officially supported), and has enough performance for running a roon bridge.
I’m leaning towards the Intel NUC 11th gen. Are there any pre/cons for either option that I’m missing?

I would prefer a system with Rock.
No overhead (Rock is a real small OS), not so a lot updates every two weeks or so, a really rock stable system and less needed power (much greener).
The Roon bridge doesn’t needs much horsepower and so I would prefer here in every case the smallest running system.
On the other side, you can also install on the NUC a Linux with the Roon bridge.

For the remote I would prefer a tablet and if you want the covers on a big screen, than you can use for example a Google Chrome connected to your TV.

I get where you’re coming from, @Burkhardt_Petermann
I was thinking the same about the difference in power consumption.
I expect there will be a ROCK 2.0 in some future that supports an Intel NUC 11th/12th or newer generation. Perhaps there will be some new features added to ROCK 2.0 that need a bit more processing power. I’m not sure I can justify the small price difference between the two if you compare the specifications.
Thanks for your insights so far!

On the other hand, a low power ZBOX CI331 will probably run a future ROCK 2.0 version (when it’s released) without any problems too…

Hmm, it looks like the ZBOX CI331 doesn’t support legacy boot, or I can’t find it. That means no ROCK, doesn’t it?

Sure, there is a legacy boot and I’ve installed Rock on it: 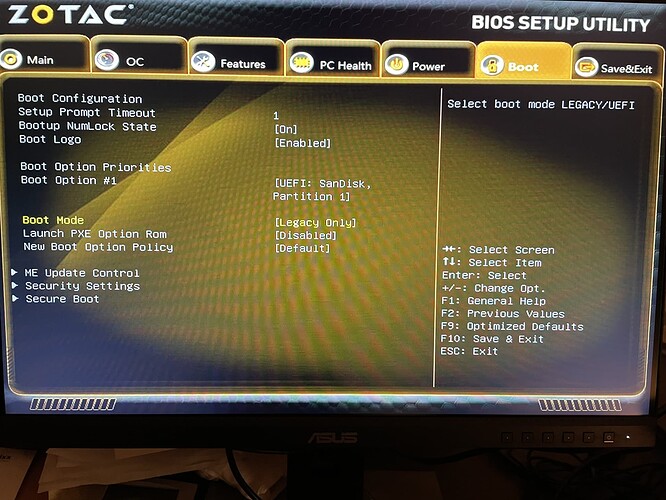 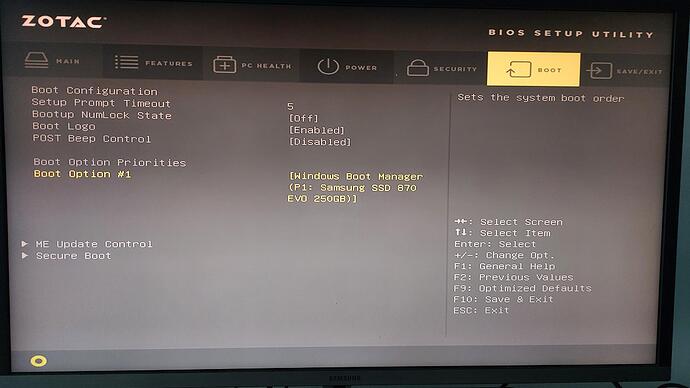 Update:
Response from Zotac support:
“What we been informed by our engineers is for this unit the BIOS is located to UEFI only and it cannot be changed.”

Not sure why anyone would use a NUC with a fan for this. Try a low-power fanless mini-PC, instead. @Archimago has reviewed a couple of these recently, specifically for Roon use with HDMI multi-channel AVRs. 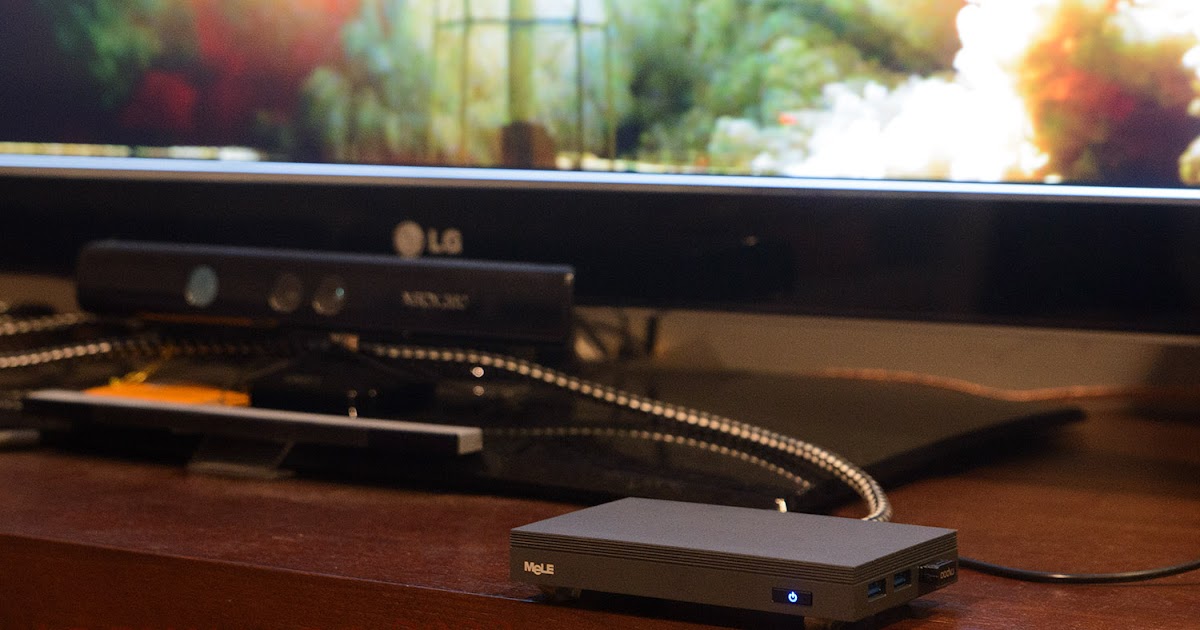 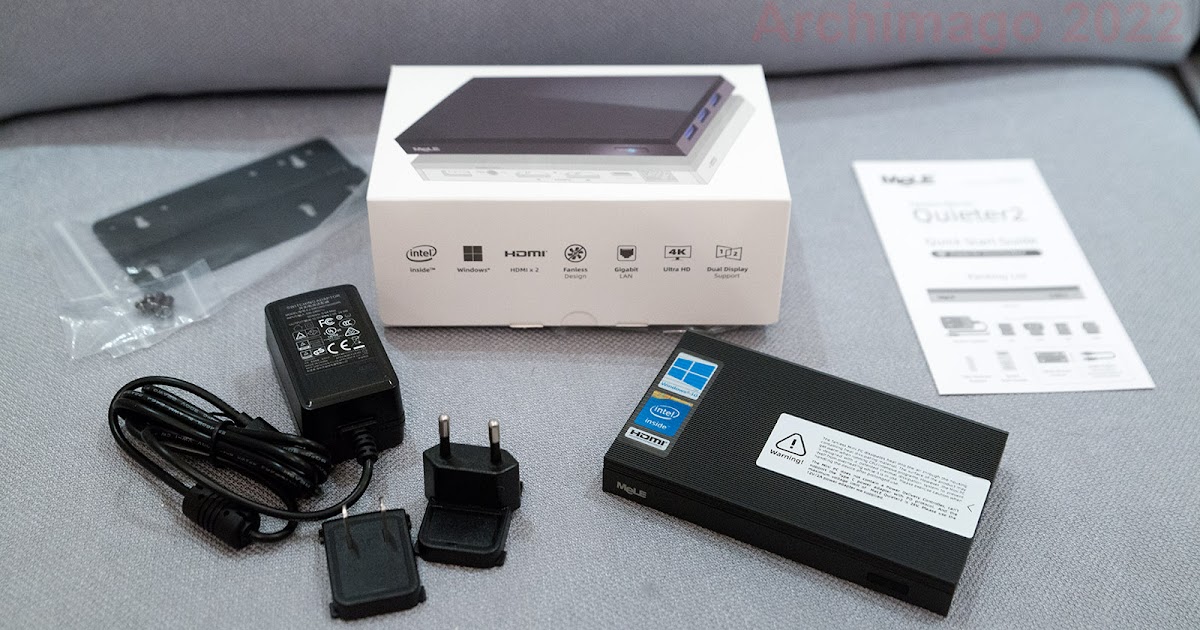 Not sure why anyone would use a NUC with a fan

Who said anything about fans?

On the other side, you can also install on the NUC a Linux with the Roon bridge.

I gave up on Linux (Ubuntu Desktop/Server LTS 22.04). Even after countless fresh intstalls I can’t get audio over HDMI working,

You’ve rebuild the kernel with the correct settings and configure alsa in the correct way, but if you don’t much about linux, then use Windows or add (an older) PicorePlayer with RoonBridge on a RPi as Roon endpoint.

I expected that audio would be less complicated on Linux than it is. For now I’ll settle on Windows and hope for ROCK 2.0.