Anyone have recommendations for a fanless PC to run Roon and Kodi together? My library is under 2,000 albums. I have no need for transcoding video.

Not quite sure what Kodi needs to run, but I was looking for a fanless laptop to run Roon, and went for the Samsung Tabpro S, which runs roon fine. I fell in love with it for its sheer portability and hybrid nature and the fact that it can be charged via an appropriate powerbank brick. Only problem is the one USB C port which makes it a pain to connect DAC and HD together.

However whilst shopping around, I did want to go for this: Acer manages the best of both worlds with powerful hardware and no fan noise.

But it was a bit too much for me in terms of cost. However it does have 2 usb ports and microsd…

If you want a desktop solution, I have no idea

Thanks @Sallah_48. I’m definitely inclined more towards a desktop… maybe even more like a NUC. That is a cool looking laptop though.

Hopefully this comm will spark others to reply

Yeah, it does look cool, that lappy!

Don’t have one, but a lot of people like this. Not sure about the fan. 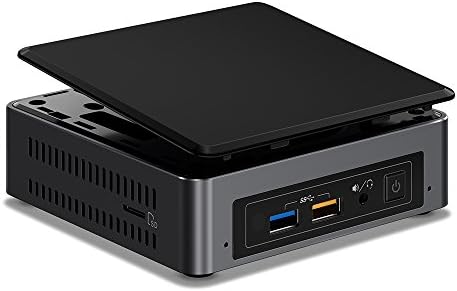 The Intel NUC Kit NUC7i5BNK is built with a dual-core 7th Generation Intel Core i5 processor. So you've got the performance to turn the Intel NUC into a powerhouse of productivity and play, streaming ...

I had a MacMini (2015 model, Core i5, 8GB Ram, 1TB Hybrid drive) running Kodi and Roon (Core + Endpoint). It worked fine but I then swapped it with my work laptop (MacBook Pro Retina 13, SSD, etc.). They both did the job well and despite having fans, they were never intrusive. The big advantage of using Macs was the reduced maintenance requirements. The big disadvantage was that MAC OS does not scale well when connected to TV and I did not like having to use a full keyboard to control it. Even with remote control apps on my phone, it was cumbersome. I decided to move the Core to my main desktop PC and I got this which worked great as a Roon Endpoint: 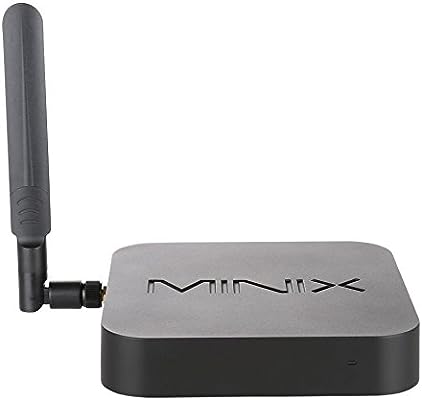 NEO Z83-4 Fanless Mini PC re-imagines the desktop PC, delivering an unrivalled combination of ultra-compact design and premium performance that is ideal for work, play and entertainment. Equipped with ...

I tried Kodi on this but it did not work well Dropped frames, stuttering etc. It is just too weak for graphics and video.

I am however successfully using the mini PC as a Roon end point and I acquired the NVIDIA SHIELD for KODI and VLC duties. It all costs less than a powerful mini pc and there is less maintenance.

In my experience, if you want to use a PC for both Roon (Core + end point) and KODI then you need something powerful like the Streacom model that James mentioned.

Are you still using the MINIX NEO Z83-4 as a Roon endpoint?

What is your experience with it?

Any drops when playing songs?

Did you installed Roon Server only or Roon complete application in this Fanless pc?

Did you installed Roon Server only or Roon complete application in this Fanless pc?

Not a good idea to run Roon Core on an underpowered Atom CPU.

I did not try using the MiniX to run roon core. I don’t think it would have the power and I did not dare :-). I used it for a while as a roon bridge only, running windows 10. It worked fine in that role via WiFi and I never had any drop. I then decided to experiment further and installed Ubuntu on it. That did not go so well as I had issues with drivers (nothing to do with Roon). I again installed Roon Bridge but this time I experienced strange behaviour with Roon. Slow downs in music would occur and then drops with the message popping up " Device too slow… ". I think the MiniX had issues with Ubuntu that were driver related. I ended up re-installing windows 10 and used the MiniX as a light duty desktop PC instead.

I run Emby for video and Roon for music on a tower i7 PC I built like a gaming PC. It has 5 big drives plus external BU and the HDMI and USB cables run through the wall from closet to media room & Pre/Pro. It is pretty quiet on it’s own.

I need HDMI for ROON surround sound music. PC audio guys don’t like big PCs connected to HiFi so I have considered adding an Ultrarendu streamer to help isolate but I’m currently happy with the sound (and listen to a lot of MC anyway) so it’s not been a priority.

At first I thought of using ROCK plus an nVidia Shield w/Emby and NAS but that seemed like a lot of devices (new purchase) vs just my HTPC (already owned). I use ipad and laptop as controllers but sometimes just play from TV monitor using wireless KB and screen saver. 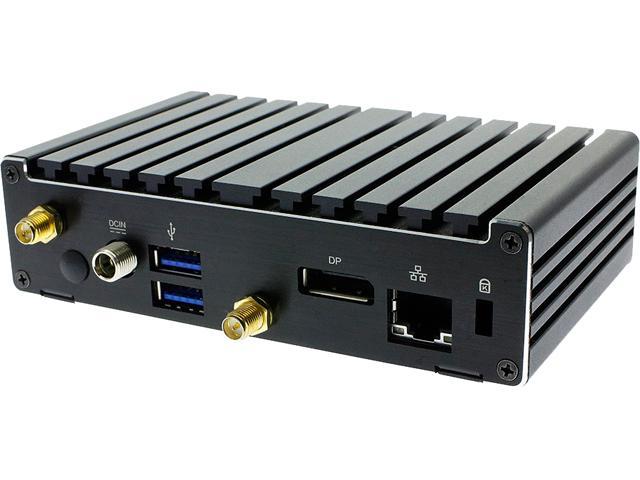 That’s what I use to run Roon with a linear power supply, and it’s got plenty of power for Kodi as well.

That’s what I use to run Roon with a linear power supply, and it’s got plenty of power for Kodi as well.

Nice. What software? Connect to the DAC via USB? Or do you mean Roon Core?

Nice. What software? Connect to the DAC via USB? Or do you mean Roon Core?

I run Debian-testing on it (testing because I see benefit to the newer version of pulseaudio, but I’d recommend stable if you’re just trying to use Roon) and Roonserver. Music storage is a NAS elsewhere on the network, and, yup, DAC into the USB (more accurately Sonore ultraDigital into USB > BNC into the DAC).

Www.atlastsolutions.com in the UK makes plenty of powerful fanless pcs that can run a very powerful roon core, Plex, and kodi setup. I own a loaded one and added a linear power supply to it and a jcat femtoclock usb card to it for audio connection to my Lyngdorf TDAI 3400. Works flawlessly.

I’m running Roon Core on the atom powered Minix pc with no problems at all.

anyone tried one of these? make an awesome server if it can run roon and 8TB of SSD drool.

Only issue I see is it is a vertical footprint but maybe OK for many hidden away.