I am trying to tag or otherwise identify which of several performances of a composition I would call “the best”. It would be very useful to have this appear on the performances page.

I also thought the “pick” tag might work, but it didn’t seem like picks were not made for compositions, just tracks.

So, anybody found a solution?

There is currently no solution to this, apart from “picking” all the tracks which make up that performance.

There are reasons for this, and hopefully there will be a resolution in the future. There is quite a lot of other stuff hanging on it. (Grouping alternative remasters of the same “performance on earth” is also impossible currently for the same reason.)

There is currently no solution to this, apart from “picking” all the tracks which make up that performance.

Which screen are you talking about. Where I’m looking it does: 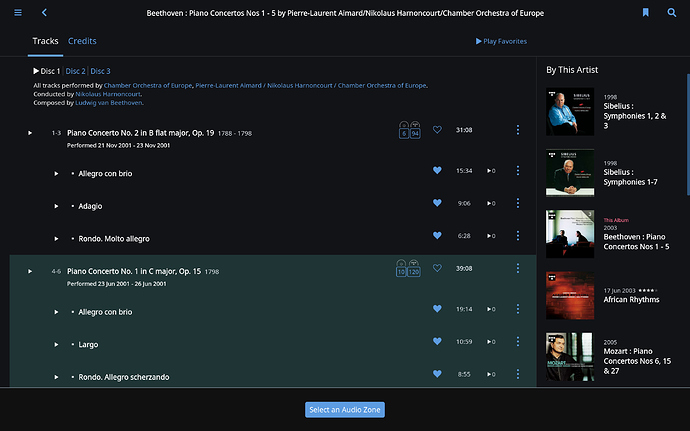 I only see “hearts”, not “picks”, in your screenshot, Ludwig 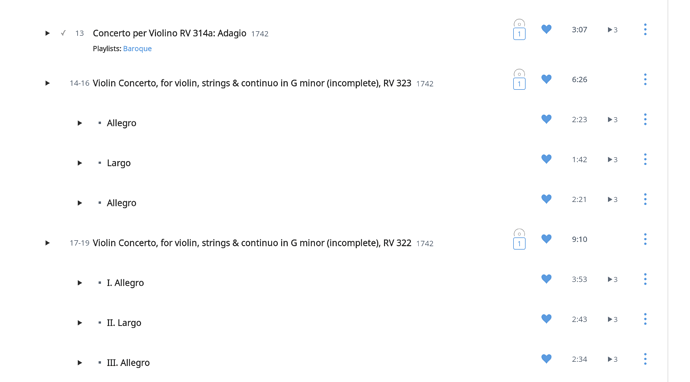 Those ticks on the left come from Rovi and can’t as far as I know be edited for any object in Roon.

sure you can edit those 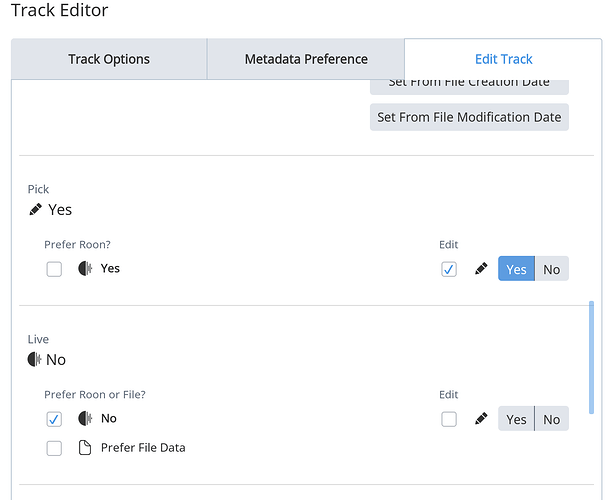 I’m combining “hearts”, “picks” and playlist to mimick somehow what I was doing with “stars” before Roon, as Roon doesn’t allow star rating of tracks

Cool. I think that must have changed when track editing was expanded. But no matter!

@support I just tried it and this is true. In an album with no picks showing, selecting all three tracks in a composition, then choosing “Pick=YES” in “Edit Track” results in nothing changing in the interface. Going back and checking, the change did stick, it is just not displayed. This is obviously wrong. (Should I ticket it?)

To bring everyone up to speed, in regard to the behavior with “favorites” this is a designed behavior, however Roon not showing “picks” is indeed a bug.

A ticket has been opened in our system which is being used to track this issue, and while I can not comment on when work will be started to this behavior please rest assured that it is on the team’s radar.