I love a DJ set he did - Roskilde Festival, Denmark, June 29 1997. Recorded from Swedish radio. Not an expert but Bucephalus Bouncing Ball, To Cure a weakling child, etc. I’m sure you can find and download this set if you don’t already have it. I think its really entertaining and sounds good.

To Cure A Weakling Child (Contour Regard) – Enno and I spent many a nights drinking and listening to this song, while developing early Sooloos ideas.

I prefer the Contour Regard version over the others.

Pretty much anything from Selected Ambient Works Vol. 2…

Been listening to these a lot. Impeccable. 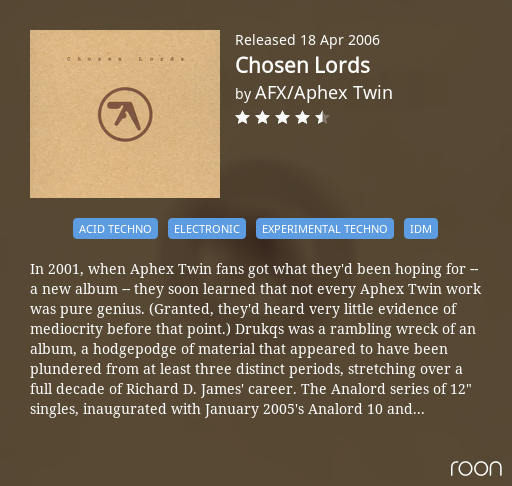 Alberto Balsalm, track on the first Aphex album I bought when I was 16.

Very hard to pick a favorite but I have a soft spot for Pancake Lizard because it has a magical calming effect on my pet cockatiels.

I love them both but the album version is astonishing for how it stitches together clearly different sound spaces that the child’s voice allows you to unite. It’s like a musical cubist painting. If there is such a thing as musical genius he is it.

I’ll throw in another vote for Flim. My toddler_loves_ that song. 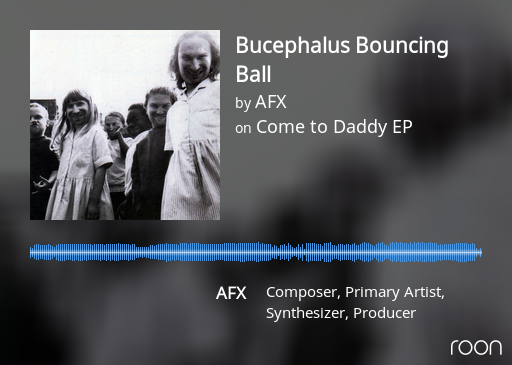