I have a fiio M11 DAP which I am using as DAC for now with my desktop rig and it’s sounding v nice. 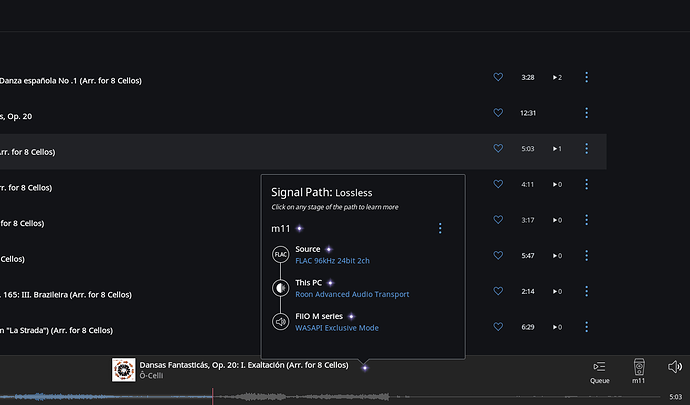 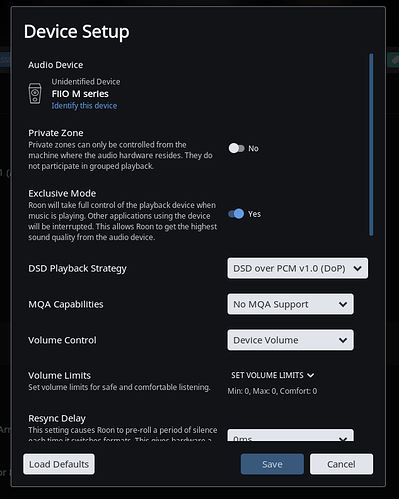 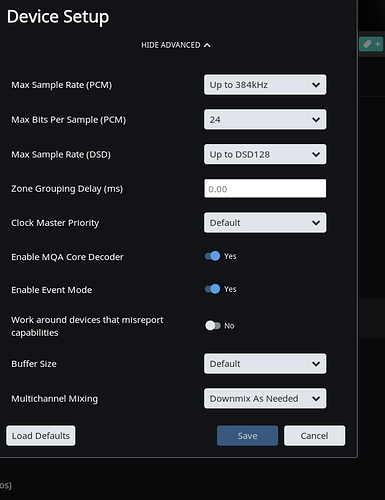 And yet the M11 shows 96Khz¦32bits on screen, which is somewhat confusing.

If Roon is showing bit perfect then there is no way the DAC is upsampling (or whatever the term is?) is there?

Thanks a lot in advance.

output is via USB to the M11 which is set for DAC in option.

Assuming windows are you using the right FiiO M11 drivers? ASIO or wasapi?

Here’s the driver app settings in windows (10) from fiio…no mention of the bitrate however. But i guess it’s all ticketyboo here? 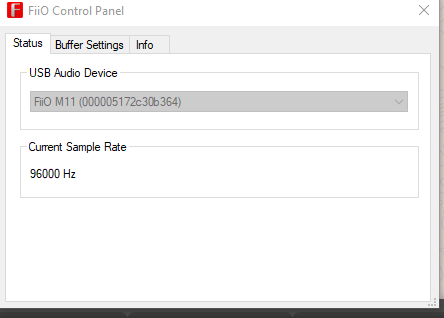 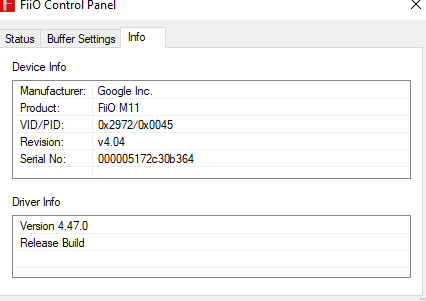 PS… I noticed in the Roon settings i am using the WASAPI mode. I switched to ASIO and it’s giving the same screen display on the M11. Ie 96¦32

update set to use 384K and 24Bit in Mac Midi Audio settings.

Initially showed up as that when I connected it on the M11 and nothing playing nor roon running. 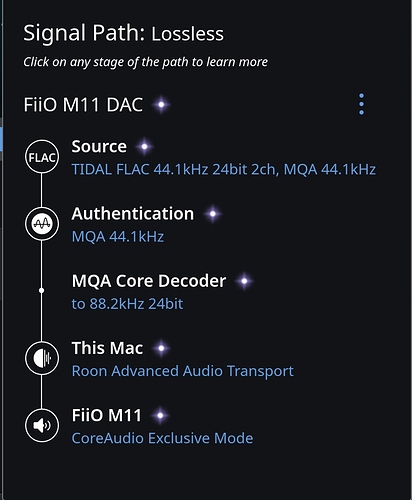 It sounds like the player is internally padding to 32 bits. On the bits side of resolution, going from 24 to 32, for example, is just adding 0’s, or padding.

Thanks Daniel, so nothing to get hot under the collar about ?

Thanks Wiz, so pretty much the same symptoms as my setup?

I’ll play some more with a rock core connection when I get a minute.

If your DAC supports 32bit word lengths, Roon will send your device a 32bit stream with the unused bits “zero padded”. This is expected behavior and should have no effect on the device’s audio output.

Thanks @john and @wizardofoz - all good!