First concert you ever went to?

In my case, it was Depeche Mode, June 1988 at the Rose Bowl. I remember camping out overnight with what seemed like my entire high school in order to get tix. It was an amazing show and spectacle with other awesome bands like Wire Train, OMD, and Thomas Dolby. Also making this concert special was the fact that Depeche Mode was recording for their live CD 101. I am convinced I am hear myself screaming on that CD! 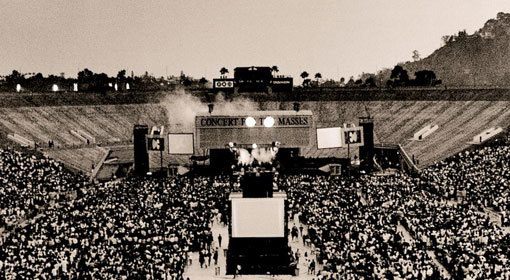 Even though I no longer have the ticket stub for that concert I was able to find my next oldest one, Toad the Wet Sprocket at Sound FX in San Diego. Great memories!!! 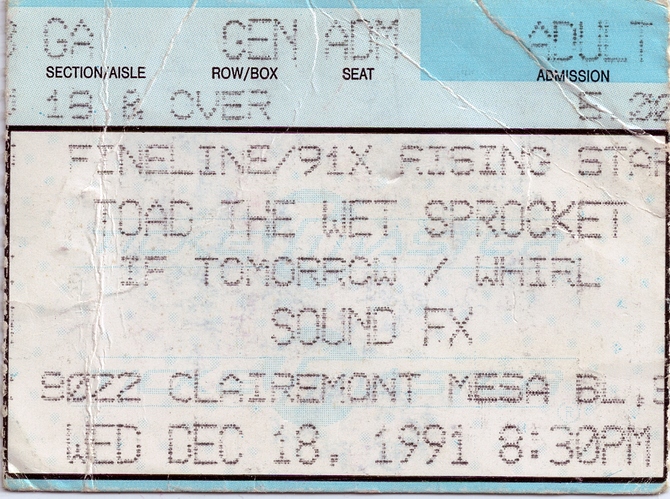 Not exactly an arena-style show (like my most recent concert, Madonna / Rebel Heart) but really made an impression on me

It was either Marillion @ Exeter University, or New Model Army @ Exeter Market Hall, both ~1984/5, but don’t quote me or ask me to provide evidence for either of those !

Cheap Trick with opening act Off Broadway at the Granada Theater in Chicago, Il, at the end of January 1981. Followed later that year by my second show, Bruce Springsteen & The E Street Band touring on The River at the Rosemont Horizon just outside of Chicago, IL, followed only a couple of weeks later by AC/DC at the same venue, touring on For Those About to Rock. It was my senior year of high school, a good year for concerts, and a tough year to top! Cheers.

Loggins & Messina at the Nassau Coliseum in Uniondale LI. I believe it was 1974. I don’t remember anything about it other than it was my first. They say you never forget your first, but you probably do bury how that first went

Pink Floyd in a small auditorium at Liverpool University in 1968 or 1969, I think. I remember that the folding chairs were extremely uncomfortable.

I was at the concert in Dublin on June 7th, a 14 year old who fell in love with Philip Lynott. 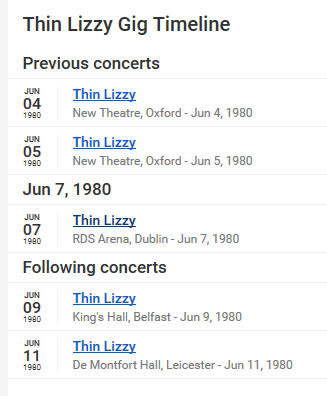 anyone else see Lizzy on the Chinatown tour?

Ratt with Bon Jovi opening for them, fall of 1985, Rosemont Horizon outside Chicago, IL

It’s amazing what’s on the Internet. I actually found a low-res scan of a handbill for the concert (Syracuse, NY, 1967). 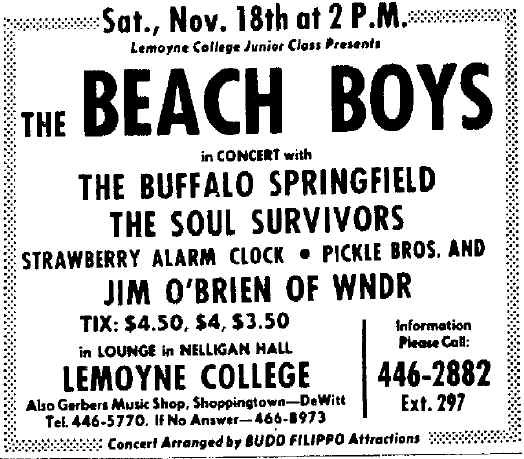 1978, Blackbushe airport, we all got there the night before and 5 of us slept in my Cortina 1600E ah the memories!! Details of the day Check out this old ticket stub I found in my collection. I vaguely remember this show…though I do remember my date that night and the encore we had! 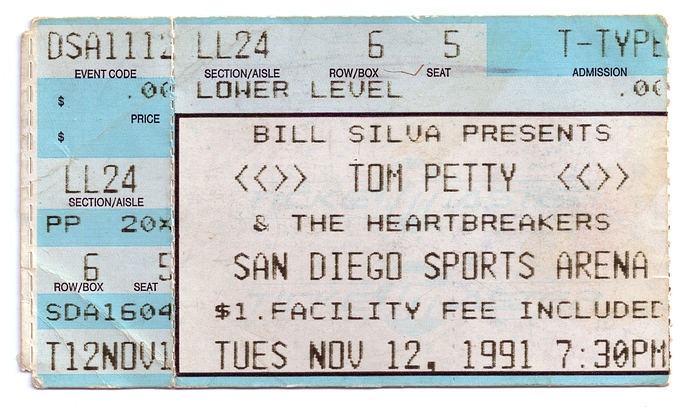 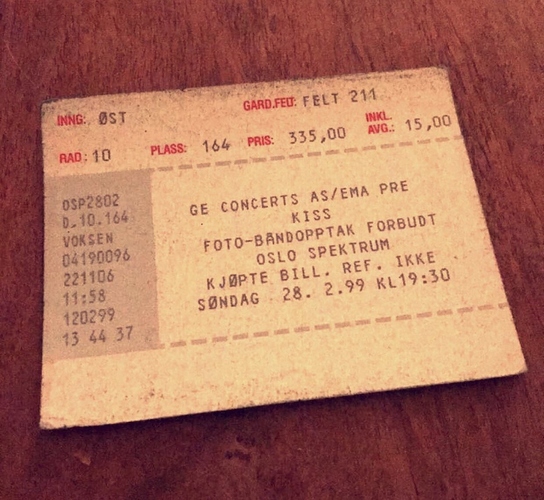 Thats awesome! Kiss with you Dad!!

Wasn’t the most memorable concert but is was Firefall, 1976. First live music event I went to that was more than a high school or college thing was Jesus Christ Superstar in New York in 1972. My parents took us. They really tried to be hip parents but were completely put off balance when the theater wreaked of pot.