Not relevant, but connected by ethernet. Stored music lives on Thunderbolt drive plugged into core.

Focusrite Scarlett 18i8 over USB

When I press play on a track, whether a local file or over Qobuz, the song time ticks up and progress indicator moves forward for 1-5 seconds before audio cuts in, cutting from silence to playback in progress. If I then stop playback and drag the progress indicator back to zero, generally it will play from the beginning.

This does not apparently occur when:

I have a Node 2i connected over ethernet to the same router in case that’s relevant to check later.

Curious what the dynamic is here that could cause the stream to kick in late. Output starts up right away with music DAWs like Logic or Live.

Apologies for the delay here due to the weekend!

No worries! Here are the screenshots. Thanks for your help. 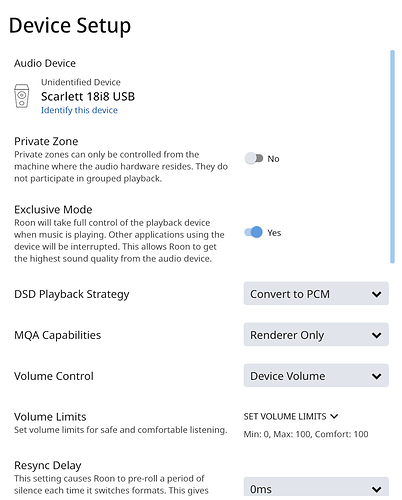 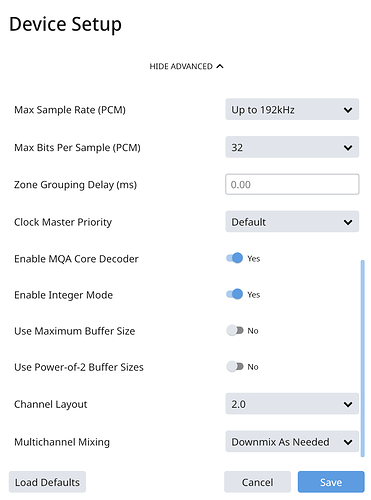 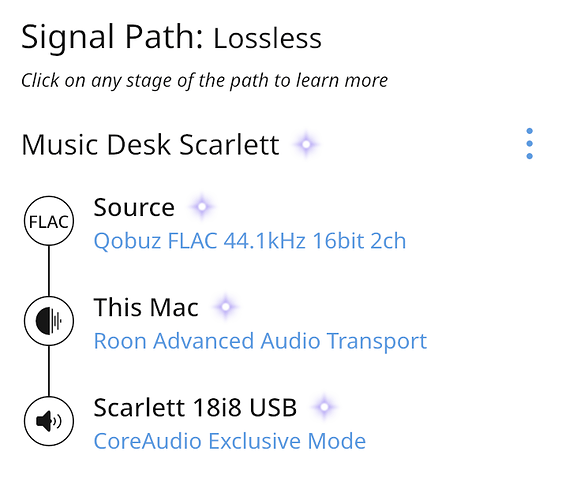 Hello @gdubs, could you please try adding a resync delay of 500ms and see if that helps? Let me know!

Thanks for this idea. It took me a while to try it out, but it seems as if it did not work out at 500ms. I ran through a few tracks and still seemed to lose the first short segment, for instance a drum hit. Then as I picked different tracks in a Qobuz playlist, playback failed completely. Time advanced, but no sound came through. I tried 1000ms and no change.

Playback worked again when I switched to local files, but the very first bit of the track was still missing.

As of now, 3,000ms seems to do it with local files, and with some confidence it appears to be working for Qobuz tracks.