First track of separate versions of same album as the rest

Problem: When I have added a few DSF-files on several alblums the first song is placed in one album and the rest of the tracks in another version of the same album

I think I have run into this time several times before but usually it is fixed by re-scanning the library. But now it seems more persistent than before, and more common with DSF-files. When I was done ripping my SACD’s and added them to the library I even deleted my music folder and added it again and it still persist. I have checked the metadata of the files and made sure they are right.

Is this is a known issue and is there someway to point the tracks in Roon and merge the albums? 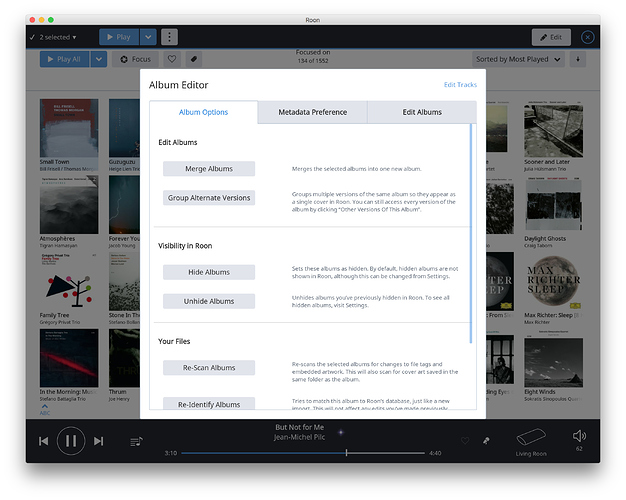 It’s worth double checking the metadata in files is correct and consistent, just to make sure the starting point is good.

If that looks good try this Merge Albums.

Thanks @RBM ! I had a vague memory of using the merge function many months ago but now I didn’t find it (it was just that it never occurred to me actually select both albums haha).