Every time I edit an album by removing tracks (Fix Track Grouping) the edited album is OK but the album created with the removed tracks has a duplicate of each trakt. If I remove those it does it again…

Screenshot of what you are seeing would help 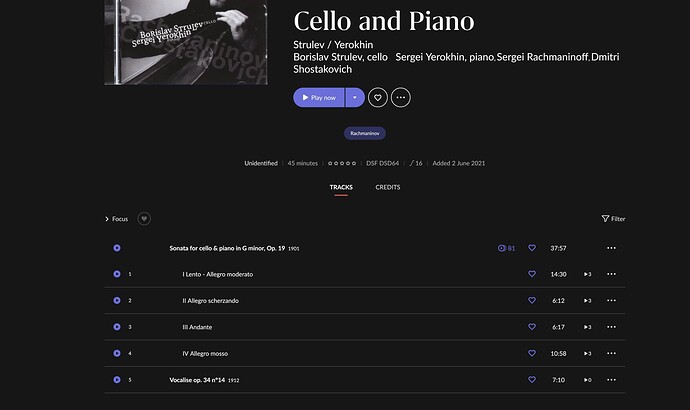 So I use FIX TRACK GROUPING and remove 4 and 5 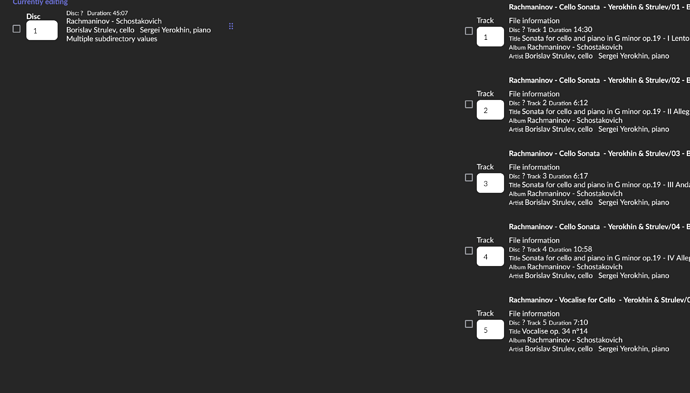 And now create the album without 4&5

Interestingly, it didn’t really go away. I now had three albums 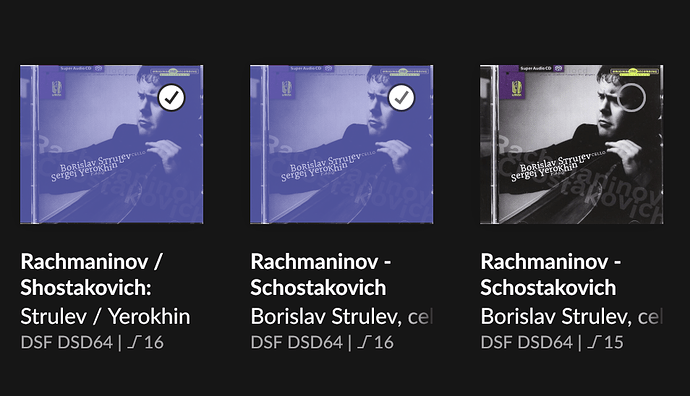 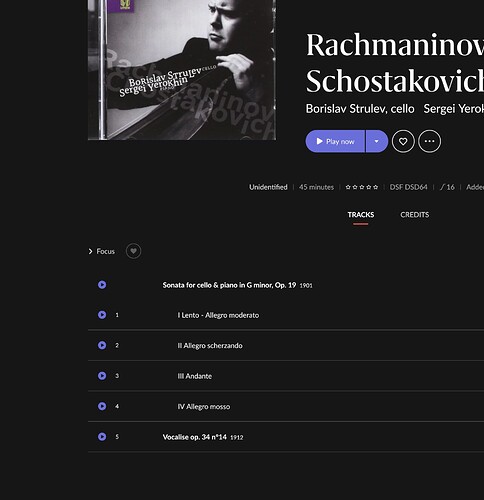 The extra albums are now gone

Thank you for taking the time to write in! While we dig into this issue further, it would be immensely helpful to get a full breakdown of your setup. If you could please include the following information:

I have some Sonos speakers enabled but I never use them …100% of the time, I use a USB DAC connected to a M1 Mac Mini. I have a iMac desktop as the player and also occasionally an iPad.

The Gustard DAC is plugged into the Mac Mini and then balanced output to an amp.
I used to have a Raspi 4 / Ropieee as an endpoint but no longer. I can easily go back to that.

The duplication in editing happens with every album – not just the example I gave.

Just to check that you have rebooted your core roon server and endpoints to make sure you aren’t in some form of odd state.

Yes…I rebooted the core and the mac mini host. I don’t have end points at the moment.

This has been happening for a while…I take it it doesn’t do this on your Macs?

Note that this is on an unidentified album. And I’m editing from the iMac desktop, not the core machine.

I just rebooted the core + mini and tried again and — yes it still happens. Shown below is after I removed track 5 from the same album I used as an example above. 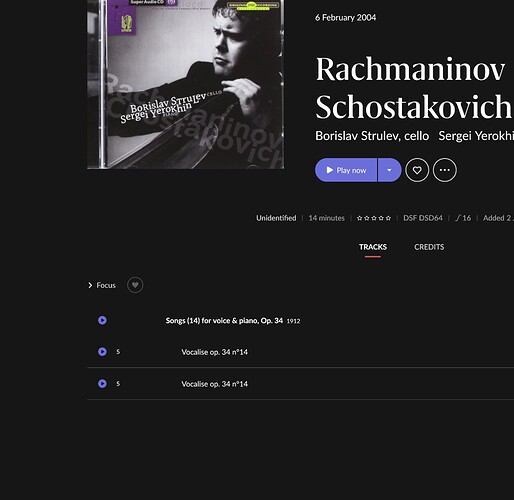 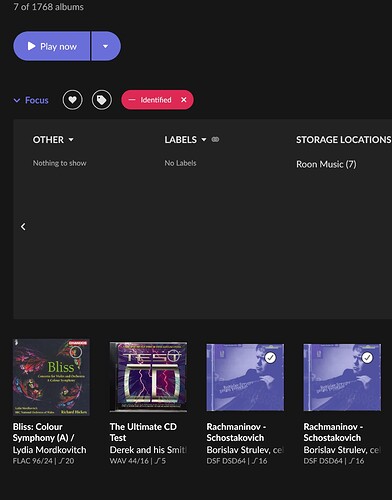 I just tried it on an “Identified” album and removed the last track. The album editor also created duplicates (this time three tracks were created in the album created by the REMOVE) and when I merged the resulting albums I got a duplicate track warning but it merged them back together just fine after I ignored the warning. 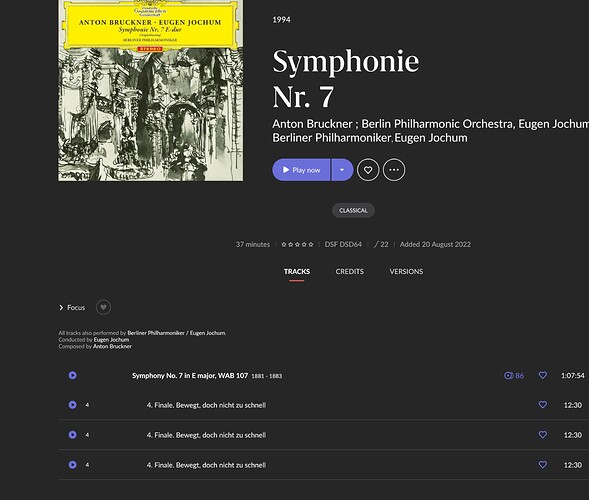 After I did the above, I encountered something that never happened before. Roon hung.

It happened twice. The first time I was playing music and it just stopped. I got an error message something like “Uh Oh…something is wrong” but after about a minute it recovered and started playing again.

The second time - about 5 minutes later - it hung for good. I went to the core machine and I had to force quit Roon. 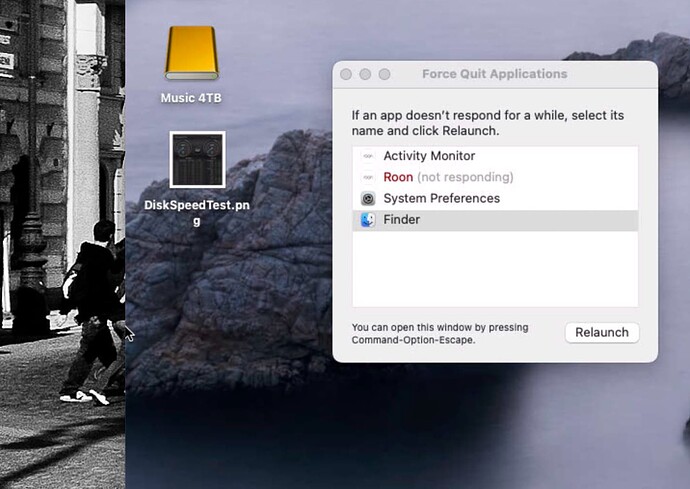 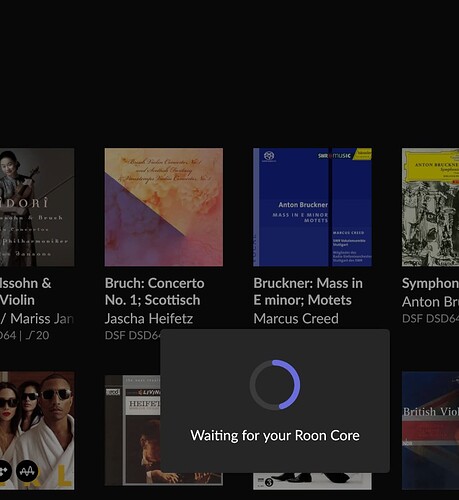 What have I done?

UPDATE: I once again rebooted everything (Mac Mini, Roon, & the DAC) and now all seems well again. I played the same album that froze and now it is OK (except for a short dropout). Roon is not hanging anymore.

Thanks for letting me know. That is strange! I’ll close this for now, but if you run into these issues again, please open a new thread and tag me so I can ensure you receive proper attention on it

don’t close it!!! read the initial problem with editing above