Fleetwood Mac’s “Rumors” album cover will not update from a Japanese version to the standard ver. I can see the cover I want with associated songs in proper sequence but selecting it and saving won’t update. Multiple tries, different days, reboots etc…

Okay, I went to Album Artwork and found the correct album cover. I’d seen that edit option before but didn’t think to look at it for this problem (still a rookie here). The primary choice on that edit is the Japanese cover but I found the correct one just below it. Not sure why it wouldn’t take that cover when I identified it during the “identify” process. I’m having the same problem with another cover but can’t recall which one now. At least I know how to remedy it. 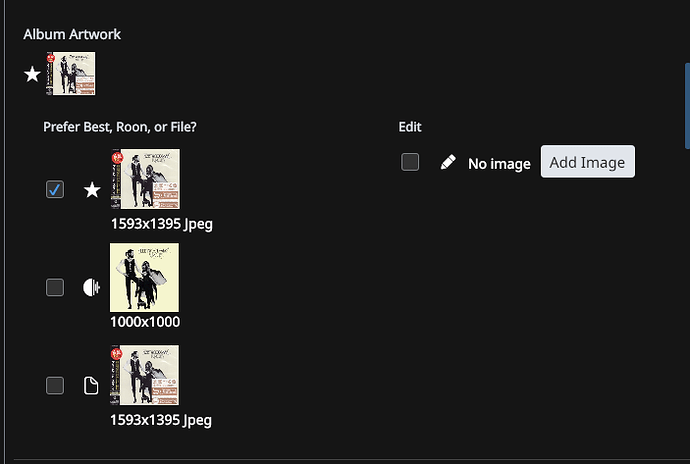 The default option for local files is to use the “Best” artwork available. This means if you have album artwork with your files that is a better resolution than the files that we have in our database for a particular album, the local version will be used.

In this case, the Japanese cover art was imported locally with your files, and the resolution on that artwork was greater than the resolution we have for the “standard” cover.

You can always change the default behavior by going to Settings > Library > Import Settings.