Only 1 SQT is able to connect to the Roon core at the same time.

Each SQT is connected wirelessly to the local network.
I configured the name of each SQT, using its IP-adress, i.e. SQT-177 & SQT-181

the 2nd one is connected wirelessly to the Main Linksys router

In Roon Settings Audio, the 2nd SQT is not available 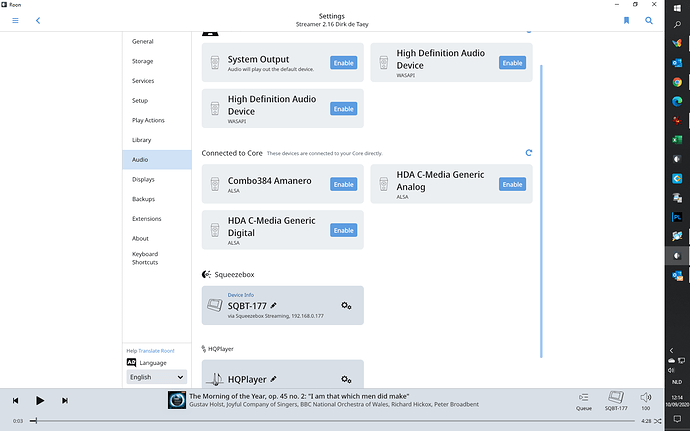 However when I play music on the SQT-177, this is automatically replicated on the 2nd SQT-181.

To me this looks as the SQT’s are automatically grouped in 1 zone, with only 1 device configurable.

I believe that this problem has arised with the latest release 1.7 build 610 (or the release before).

Thanks for reaching out and apologies for the slight delay until we reviewed your case.

However when I play music on the SQT-177, this is automatically replicated on the 2nd SQT-181.

This is strange, can you please show me what the Signal Path looks like when this issue occurs? Also please show the track + time + date of the issue in the screenshot as well.

If you also have not yet rebooted the Core and Squeezebox units, I would advise you to give that a try.

Thanks for looking into this issue.
Although I already had rebooted the Core and both SQT’s, I have rebooted them again.

At 18h01 CET time today, I started playing Trapper Avenue of the album ‘Faith in the Future’ by Neil Finn.
This is the screenshot of the Signal Path. 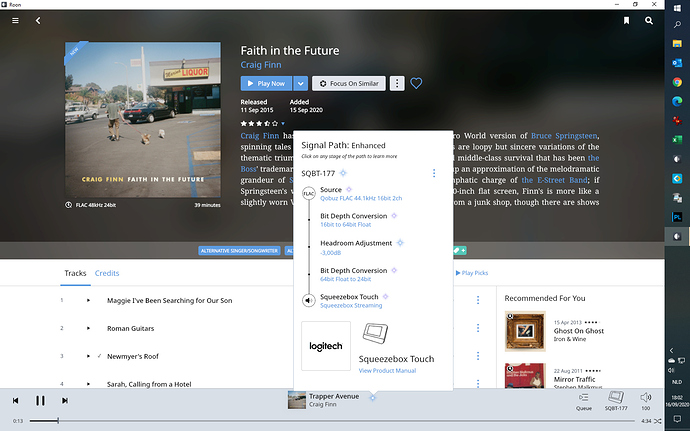 And here is a picture of the SQT-181 display (i.e. the SQT I cannot setup in Roon) 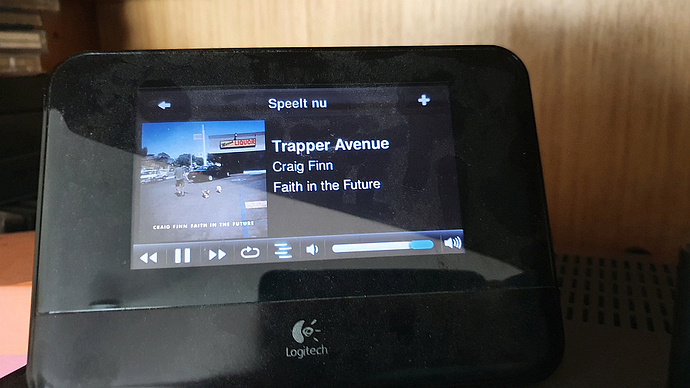 And of course the same picture on the SQT-177 I am playing this song.

Thank you for those screenshots! This does indeed look like strange behavior here, can you please confirm if the same behavior occurs when you try to use a regular (non-Roon) LMS server as a test?

Can you pleasr provide with some info/link how to setup an LMS server, as I never used on.
I picked up my 2 units very cheap, after I learned Roon is supporting them.
And as said before, with previous versions of Roon, both units were detected/configured independantly and plying different tracks at the same time
Dirk

You should be able to download LMS from here:
https://mysqueezebox.com/download

The way that Roon works is that it communicates to your squeezeboxes in a similar way as LMS would, so it would be good to know if the native software does this as well (without Roon involvement).

After installing LMS, then on the touch itself, you’ll want to go to My Music -> Switch Library and point them to the LMS server.

There might also be some additional settings you can adjust for them through LMS, I would check to see if there are any grouping behaviors.

Today I finally have been able to perform the requested test.

With Logitech Media Server setup, I have executed (again) a factory reset of my 2 SqueezeboxTouch units and gave 1 a new name.

As you can see in attached screenshots, the Squeezebox Toux box, called SQBT-LEFT, is playing Nils Lofgren & Grin Slippery Fingers 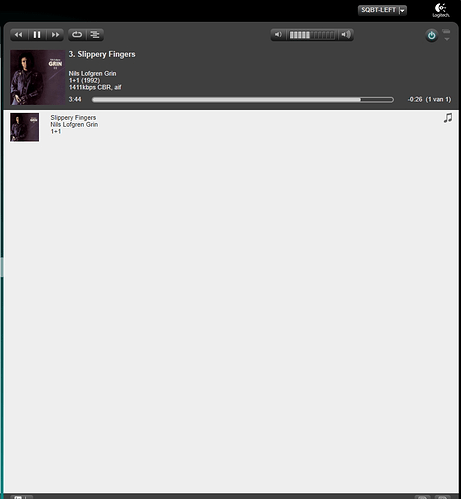 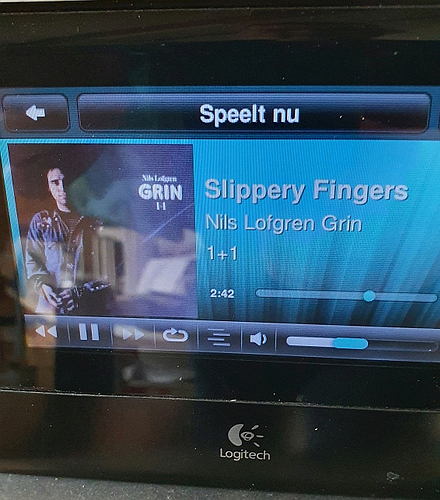 At the same time, the second SqueezeBox Touch (with identical Name) is playing Adele - I’ll be waiting 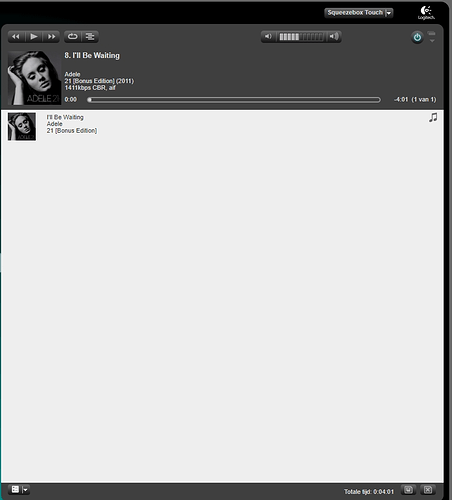 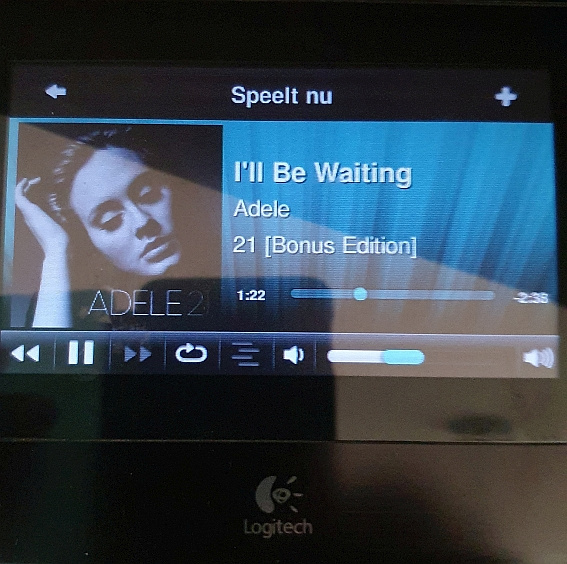 So no automatic grouping of any king with Logitech Media Server.

Problem lies with Roon (and as said before, in previous versions, it also worked without any issues.

I will disable Logitech Media Server for now and will re-initiate Squeezebox supporton my Roon server.

Thanks, @Dirk_De_Taey. We’ll be following up with the team to go over the results of your testing and we’ll be in touch with further feedback soon.