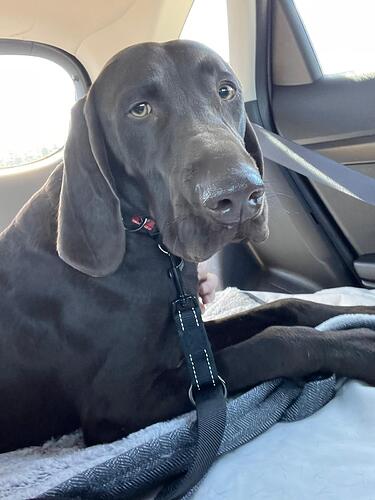 image1200×1600 177 KB
My daughter picked up this beautiful 18 month old girl 2 weeks ago. Indi is not technically a rescue as she is the sister of my son’s German Shorthaired Pointer.
Has had a Phantom Pregnancy and the breeder’s current stud is too closely related to breed with her.

She has now visited with our 2 a couple of times in the last few days and after a bit of growling they now get along very well.

We love GSPs! Have had two over the years and fostered four others. We’re thinking of getting two from the GSP rescue. Wife has given approval…

Yep. Lovely dogs. Very intelligent, but can be nutters when they are younger.

Our two are GSP cross. Son has two, one 8 year old female and the 18 month old boy who replaced his 9 year old male who passed from Cancer. Vet can’t confirm but we have suspicions that it started after his snake bites.
Bitten 4 times over 5 year period by Brown snakes which are deadly venomous.

Where do you live to have Brown snakes in your area?
We get occasional Coral snake and quite a few Dusky Pygmy Rattlesnake here.

@AceRimmer No 1 son was in Alice Springs and Tennant Creek in the Northern Territory (Australia) for about 7 years.
He is now in South West Western Australia near Margaret River after buying land there nearly 3 years ago.
Brown snakes are all over the continent. Even here in Brisbane on the East Coast.
We haven’t had one in our Suburban Yard thankfully, but we did have a Red Belly Black living in our Rock Wall 20 years ago. Well before the current Dogues.

Ah you are in Oz, yes that explains it.
Quite an assortment of highly venomous snakes to deal with and even the non venomous can get darn big.

And the Brown is such an innocuous looking reptile but if I remember correctly one of the top five in lethal toxicity of venom along with the Sea snake and the Taipan. 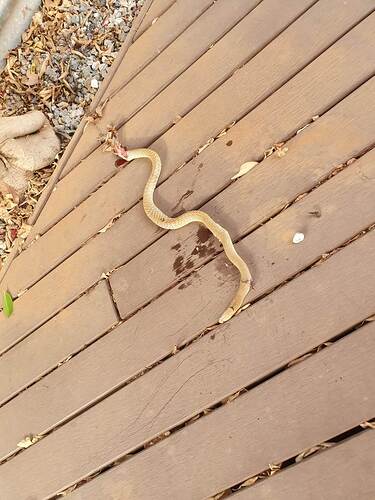 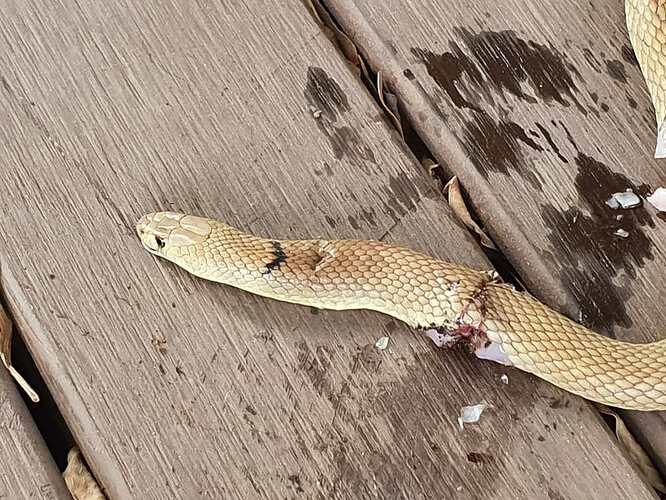 The one below was on the track to one of their local beaches to do a bit of Salmon Fishing. 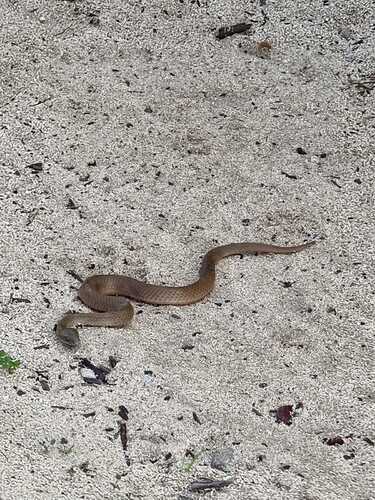 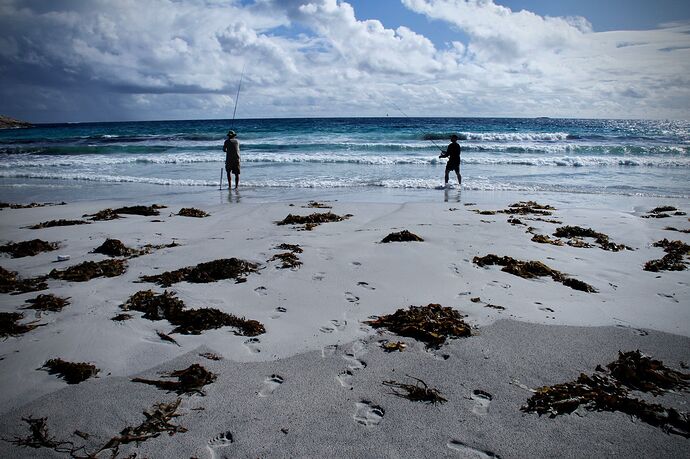 Enough of the no legged acoustical treatment.

Back on track….my cousin’s cutie pie! 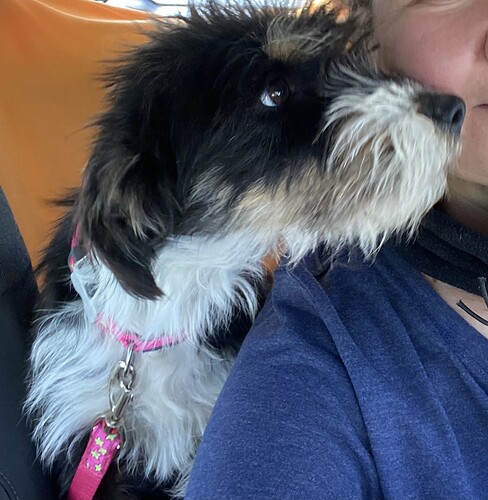 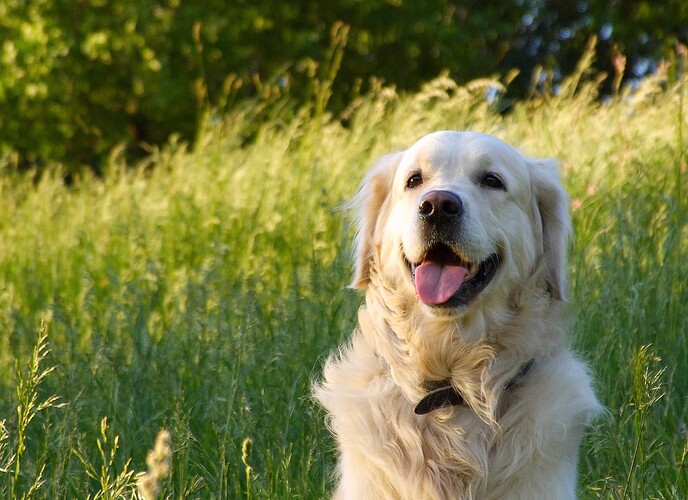 Lucy, “Loving my froggy. That other one, not so much. Where did he come from?” 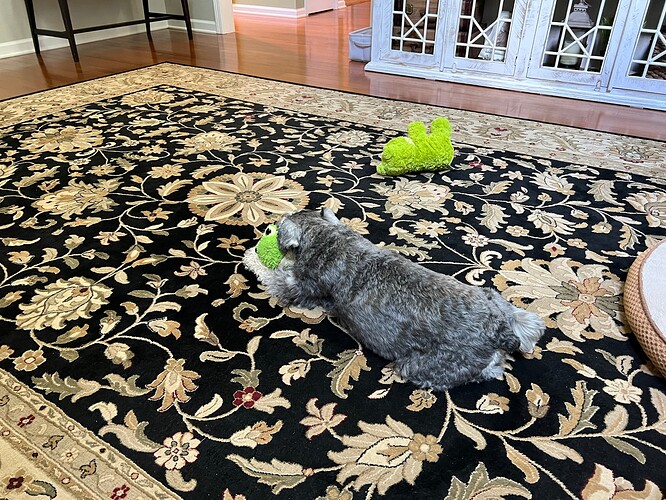 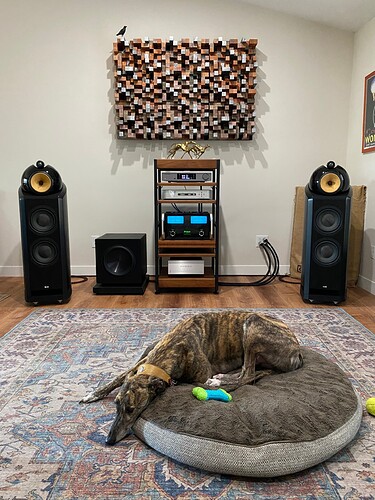 This is Grady. He doesn’t particularly enjoy all the racket coming from that end of the room.

Great eyes that do not see 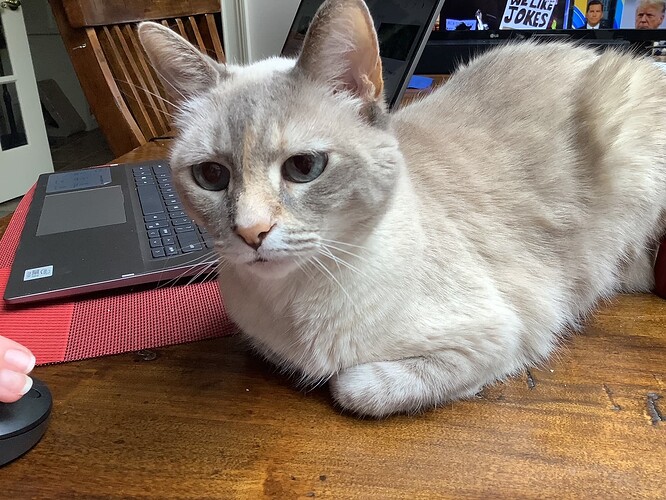 Is she blind?
That’s so sad if so.

She was a sad rescue. She sees light/dark and navigates with sound and smell. She cannot see a laser pointer on the floor. She sees some at night. We give her love and affection. She roams the home mainly at night. She does not vocalize nor seek to be in your lap.

A real heart breaker.
But she is definitely in the right place to make the most of her life.
She is blessed to have found you and your family to take care of her.

Gorgeous dog.
We rescued an ex race greyhound back in the UK years ago.
She had stumbled in a race and broke a toe which healed splayed out so she could not run as fast anymore.
So they just dumped her.
When we got her she was in very sad shape but rescue center had stabilized her.
Very underweight and sores and bald patches.
But we brought her round and I like to think she had a happy retirement with us.

She is ”sweet” now, but the girls asked us to care for her because she was frightened and angry. They also gave us Kia who is accommodating and shy. If Clarabelle could see Kia, she would not like her. We had to keep Clarabelle on the center island in the kitchen because she did like the vulnerability on the floor. Not very classy. We transitioned her to the floor after a very long period and gave her various beds to sleep upon. It is daylight now, and she is sleeping in the home theater where it is pitch black. It is the best life we can provide.

Thanks! He’s our fourth greyhound. Oddly enough, he is from Ireland and was a courser. Odd because we live in Minnesota. Long story, but we also have a whippet rescue from South Korea. We are definitely suckers for the sighthounds!