Thanks for your help. I have Qutest DAC, which does not accept ethernet input. It has galvanically isolated USB. Would it be better to build a raspberry pi with a hat like allo digi1 signature or to go directly into the DAC from the core using USB?

Would it be better to build a raspberry pi with a hat like allo digi1 signature or to go directly into the DAC from the core using USB?

You can use a RPi without a HAT.

Thanks for the help. I suppose I could put the core in a room away from our two systems. It is a MacBook without any fan noise (in a closet), in reach of the computer with a long usb. just thought that the direct connection would involve less dropouts and be higher SQ than the Rpi. People say that there is a whole range of Pi hats and the SQ varies a lot.

Thanks - will begin there, but the sages on youtube say that SQ is much improved with the hat. We have to connect in three rooms, so will first do one comparing with and without hat. Hopefully there is a return possible.

Which ones exactly? There are many self-proclaimed ‘sages’ on youtube. Anyone can assemble a small pile of unused test equipment and talk in front of it…

Best way is to experiment, but my guess is that you’d be quite happy with the USB output of a Raspberry Pi4 running Roon Bridge into your Chord DAC. This also happens to be one of the least expensive options to explore. Sadly, RPi boards are difficult to come by these days; however, the Pi 400 does seem to be in stock at some outlets. It’s basically a 4 GB RPi4 in a keyboard case. Clock frequency is a bit higher (not needed for Roon), and it’s only $15 more than the standard 4 GB RPi4, so not terrible in terms of value. Just an awkward form factor for the audio use case. 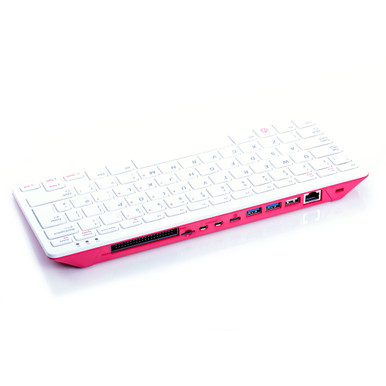 The Pi 400 will run VitOS for RPi4, RoPieee, DietPi, and a number of other options that include or will support Roon Bridge. I would suggest a wired Ethernet connection, but Wi-Fi may work in a pinch for some of these operating systems.

If you purchase this board, be sure to also pick up a suitable power supply and microSD card since they are not included with the $70 kit. Or you could spring for the $100 kit, which includes everything you need and more. 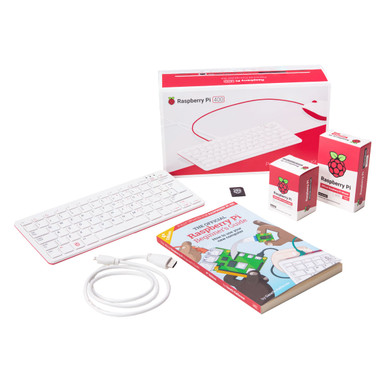 I don’t think it’s possible to appreciate the experience of separating Core and Outputs until you’ve done it a few times. I hope this provides you with the inspiration to explore.

thanks for the helpful advice. I was able to get my hands on a Pi and will definitely be using it on my second system. It is 4B with wireless. Do you think a linear power supply or battery will make a difference over a simple wall wart?

I have been all over the internet - John Darko and 13th note I remember. People seem to like the Allo Digione signature and the Pi2AES.

Do you think a linear power supply or battery will make a difference over a simple wall wart?

I have not found stuff like this to make a difference as long as the DAC is decent. What’s most important is to use a power supply with stable 5V output and sufficient current (at least 3A). The inexpensive Allo 5V, 3A SMPS is excellent. I’ve also had good luck with the $8 official RPi SMPS. I’ve had bad luck with some $3 off-brand supplies (as in, they died after some months of use and/or failed to deliver stable current, resulting in error messages in the logs).

You will be fine with a plain rpi4 in my opinion, just put ropieee on it and away you go. You don’t need a hat. You could try the normal 5v MSPS and see how you go. I have tried an Ifi psu, HDPlex LPSU and the normal rpi SMPS, I can’t hear any difference with my Topping D90 DAC between them. Perhaps start with the cheap one and then experiment if you think you need to.

I have Chord Qutest too. As you said, the Qutest is galvanically isolated so I’m not sure what you desire to accomplish by adding additional connections between the DAC and Roon Core get you the galvanic isolation that you’ve already purchased. I’ve posted about my experience using a variety of methods to stream to the Qutest. In summary, regardless of DAC connected via USB connected directly to Roon Core Windows 10 PC using motherboard USB ports or aftermarket USB PCI board, raspi USB, raspi with S/PDIF HAT (coaxial and optical), I couldn’t hear a difference in sound quality. All were equally excellent. That matches what several folks have measured. Maybe you’ll hear something different.

I settled on using a raspi streamer with raspi display and RopieeeXL to connect to my DAC for convenience. It get’s me a touch screen display that mimics my old Squeezebox Touch (which also worked great as a streamer). It also solved a performance problem that I had with Core running on my somewhat low powered PC when trying to deliver some 352kHz content that I unnecessarily converted from DSD to PCM at that ridiculous sample rate. Roon’s performance meter hovered at 1x with those files and I got some dropouts.

If you’re hoping to get a change in sound quality by adding a streamer or connecting with something other than USB then you’re likely to be disappointed. Experimenting is fun though and if you think a streamer will add flexibility to your architecture then go for it. Raspi is a very cost-effective way to do that and USB from the pi to the Qutest will give you excellent results that are equally as good as S/PDIF from a HAT or USB direct from the Core. If you like those alternate ways of connecting then you’ll likely enjoy your system more. It’s a hobby; have fun.

Thanks. What you are saying makes a lot of sense. Basically in the situation where a USB cable can reach from core to DAC, the simple cable seems like it would be fine. Why attach two USBs with a device in between (the RPi) rather than simply using the cable, because galvanic isolation is not a problem. The interesting question is what to do in system 2 where the core and DAC are in different rooms. I don’t know that the HAT offers anything other than isolation, so again no HAT necessary. For those who believe a linear power supply can help, I suppose one could use it to power the Pi. Thanks a lot for your help with this.

Based on the further discussion in this thread, I now understand that you are right. Seems that a HAT is not needed because the DAC offers galvanic isolation.

makes sense - I think one can use a Li battery meant to power a computer, and that will be pretty stable. Will give a shot comparing to simple wall wart as I have the batter. Understand that I must check the voltage and current. Is it true that the voltage is key, but the current can be very high as the device will only draw what it needs?

As far as I understand it, most modern DACs will reject the noise anyway. But for your own peice of mind, perhaps try both. Other things to think about, if you do go Core to DAC, try and use a UTP cable, as in, one with no metal on the end of the cablem. As I understand it STP/SFTP cables can spoil galvanic isolation as you risk connecting the two devices. Again, try it, and see if you notice.

I enjoyed this read a few years ago, might be interesting for you.

HI Tahsi - Thanks for all the advice. I am in fact using those ethernet cables with the metal ends, thinking I was using the best cables (!). I read up on it after seeing your comments and others, and discovered these cables are meant to be used with equipment that has a metal surface to interact with the metal on the end of the cable. This is for shielding/grounding and if you don’t have equipment like that, the metal ends can actually do more harm than good.

Thanks for the lit from Archimago. He is a great resource and I read a lot of his stuff. Am of the opinion that sometimes measurements reveal nothing when there is actually an audible difference, but they also are quite important - if only we could measure the placebo effect.

Its a bit of minefield sometimes, trying to improve things. I try to find a few sources I trust, and then I try things out myself if I can.

I think one can use a Li battery meant to power a computer, and that will be pretty stable. Will give a shot comparing to simple wall wart as I have the batter.

You may hear something different but I also did the round and round with battery powering the Qutest and battery powering the USB connection and couldn’t hear a difference. It’s a hobby so have at it. For me that was a lot of time spent on critical listening instead of music enjoyment. The good news is that contemporary DACs have solved the problem of getting bits into the device and modern chip-based DACs (also the ASIC approach Chord uses) have gotten noise levels down well below audibility.