I’m trying to add a Primary Artists to songs/albums and noticed that the pre-build list contains gibberish characters (I know it’s just a character encoding issue with JIS Japanese text), I’d like to know where Roon pulls these data from my files and is there any way to edit this list to either re-enter the text or remove it completely? 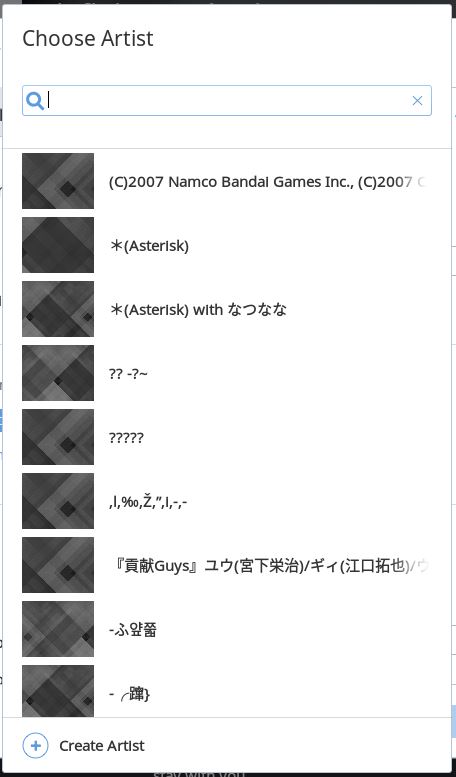 it’s in the file tags

@eric has had some experience helping get Korean tags into UTF-8 so they import properly… @eric – can you share your lore?

Ok after a bit of tag massaging with mp3tag I’ve figured out that Roon also pulls data from the “composer” field and puts it into this artists list. I’ve manually removed the composer fields which has encoding issues and they seem to be mostly gone. However there are still some left overs which I have no idea where they come from.

Hi @CC_Fan ---- Thank you for sharing your observations/feedback with us, both are appreciated!

It sounds like you’ve made some progress here, well done! I see you are using Mp3tag which is exactly what we recommend using to correct this behavior as mentioned in our knowledge base article: “File Tag Encoding and Display Issues”.

May I very kindly ask you to give the recommended procedure a try and let me know what the outcome is?

The encoding issue has been fixed, though I’m still baffled by entries in the list which doesn’t seem to show up anywhere else, take the example from below: 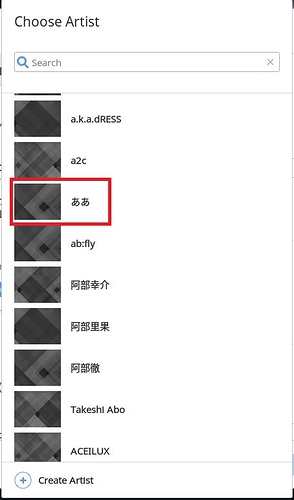 There’s an entry for artist/composer ああ (displayed correctly, no encoding errors), but no matter how much I try searching in the artist or composer view no result turns up:

Similarly filtering in mp3tag doesn’t show up anything. So there’s this mystery left…

What happens if you look in the Album or Track browser and use Focus?

Are you seeing this name under Performers, Composers, or Production?

Thank you I finally found it under Focus - it was under Production and apparently was the name of the lyricist for a couple of tracks in my library. The mystery is finally solved!

I think in when I see “artists” I’m primarily thinking about the singer, the idea that Roon is grouping other people involved in the entire music production never crossed my mind…

This topic was automatically closed after 22 hours. New replies are no longer allowed.