For unrecognised albums that have genre metadata in the underlying files the data should pull through to the album display, but doesn’t. Also in edits there doesn’t appear to be a way to prefer the file metadata where genres are concerned. 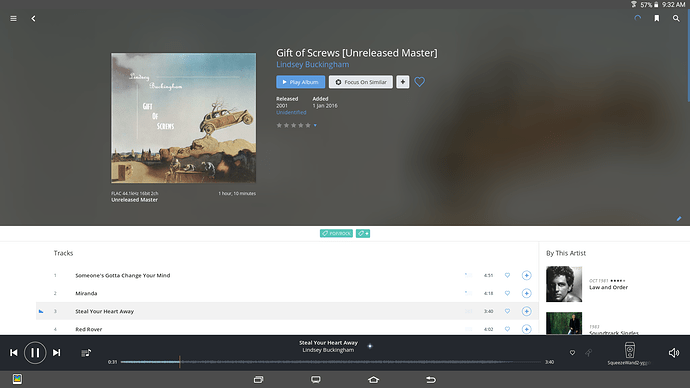 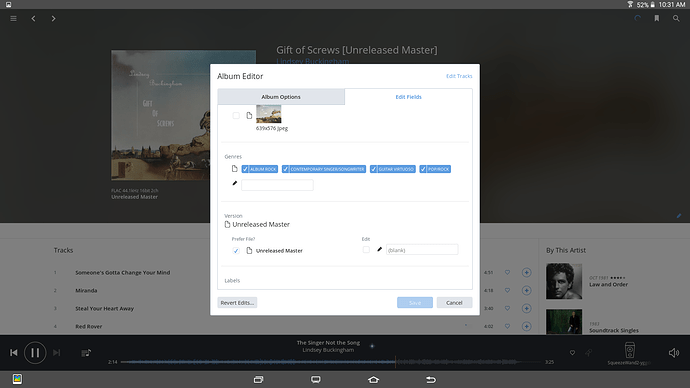 In settings/general have you got Show Genres From File Rags set to YES ?

In settings/general have you got Show Genres From File Rags set to YES ?

I don’t because I don’t want to see them unless Roon doesn’t have any genre metadata to show. Just as Roon by default uses local metatdata for album name, artist etc. where it does not have its own it should do the same for Genres where Roon cannot provide same.

If I’m not mistaken the option you’re referring to would cause Roon to show localised genre metadata as well as Roon provided genre metadata. I’m happy to use Roon’s unless it doesn’t have any.

Ok…that makes a difference then. That setting is global and not an album setting.

@vova This has been marked solved, however, it has not been solved and a functional enhancement is probably required to address it. Have any enhancements been made or planned?

I think I marked the wrong thread, sorry about that.
Regarding your case - as Nick mentioned in his last comment ability to show or hide Roon \ File Tags Genres is a global setting. Taking into account that Show Genres From File Tags was set to NO you were experiencing the designed behavior.

Taking into account that Show Genres From File Tags was set to NO you were experiencing the designed behavior.

Agreed, albeit Roon also enables the user to select discrete elements and prefer their or Roon’s data. In the case of Genres it doesn’t have the option…I’m guessing it’s an oversight. @brian, your thoughts re this?

It was not an oversight.

We felt that letting file genres “show through” as default behavior would create a cluttered experience, which is why we based the genre stuff on display options instead of the usual layered system.

It was not an oversight.

Thanks @brian. So how do we best deal with the situation at hand - an album that Roon doesn’t recognise and therefore has no genre data for whilst the underlying tags have genre metadata? As things stand Roon is showing my entries to me but forcing me to manually recapture them if I want genre metadata for that album? Would it be acceptable to be able to select a tickbox that copies the metadata into the blank field shown in the screenshot? This way it’s deemed user entered data rather than interfering with display options as currently implemented. By oversight I was only referring to the inability to make use of the metadata that exists, not to the inability to prefer local genre metadata.