I have a new Google stick with Google TV. This is also shown to me twice in the audio settings.

In the device group, the stick is the only device.
Neither audio setting can be activated. Other Chromecast devices (speakers) run without any problems. Both individually and in groups.
At the beginning of my attempts to set up the new stick, I was still shown a selection menu of different sticks when I tried to activate “Roon Tested Chromecast”. This is no longer displayed to me either.
The web display also does not work with the stick.
Tentatively, I also installed a new Core on a “normal” Windows 11 and an Intel I7 with few titles in the library. Also without success.
The network is fast enough, I can stream 4K movies without problems also via Chromecast.
How do I set up the stick correctly in Roon? 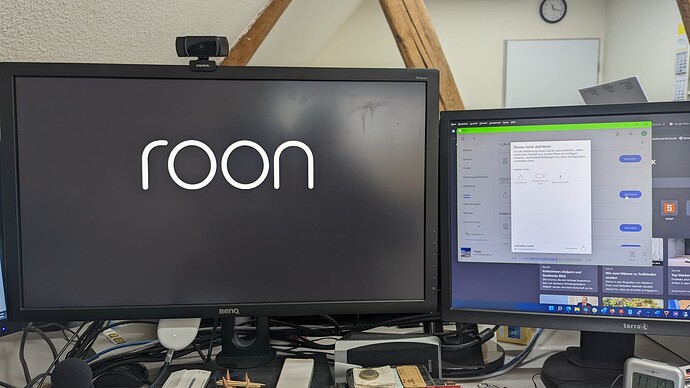 I have found the solution. We have a Pihole in use here. Follow address had to whitelist: firebaselogging-pa.googleapis.com