See my screen grab : on all sorts of different screens - it’s not just limited to the information screen - some of the text fades-out / blurs on the right-hand-side of the text box.
This is not at the extreme edge of my screen (Surface Pro 3 i7) but near the edge of the text box, and there’s still space / room for the text - so it’s curious. And there appear to be some words that reach further to the right, so it’s not a simple case of space / real-estate.
In this case, you see “Plastikman / tracks / and” are faded…

Capture.JPG101×708 19.2 KB
Hardware / software / drivers possibly ? Oh, and yes, I have the latest Intel drivers installed…
This happens on Windows 8.1 and Windows 10 Preview, so I would probably rule-out drivers, with on-board Intel graphics (hardware) perhaps being a constant in each case.
danny (Danny Dulai) June 29, 2015, 8:09pm #2

can you tell me what artist/album this is?

this was fixed by resolving an issue with floating point inaccuracy. im curious to what the exact cpu is in that surface pro 3… could you tell me?

*Can’t upload the snipped images for some reason - will try again / another method.
Have now tried several methods - any ideas why I can’t upload the images ? They’re .jpg & less than 100KB.

ive been trying to reproduce this… i fear this is a floating point accuracy issue.

@danny
Here are the latest screenshots :- 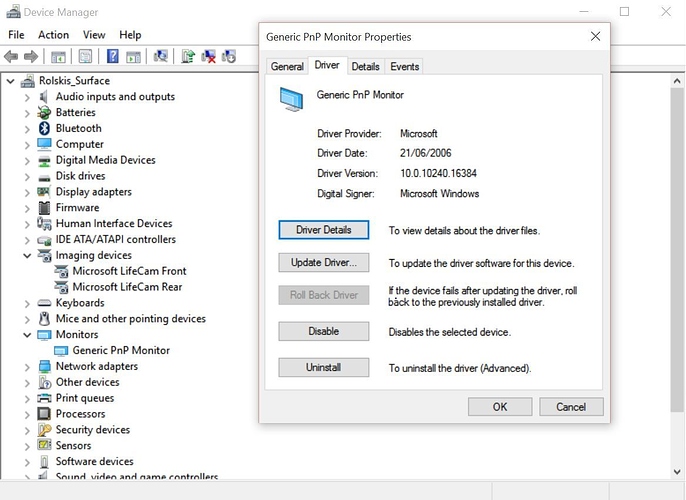 Thanks… I just need to bang my head on this issue some more.

when v1.1 is out, this will have improved. since you seem to be one of the few people that can reproduce this, please do let me know what you see when v1.1 is out. 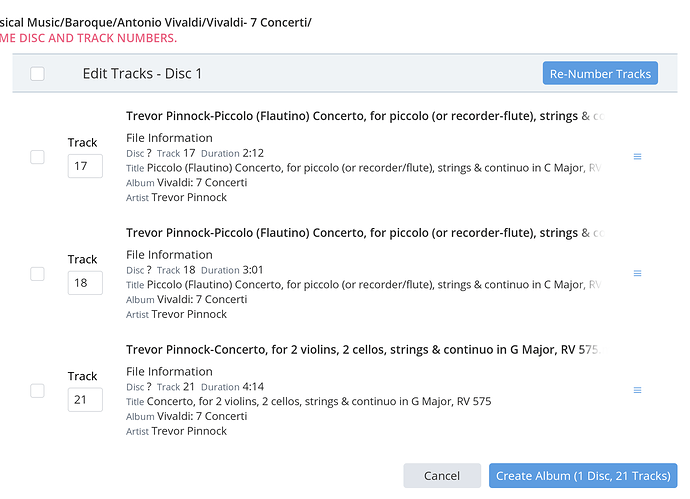 that is correct behavior, it is clipping the text so it stays on 1 line

I’m confused, is this seen as a good thing?

You re-awakened a thread after 10 months, where a bug for a different situation (wrapping items were fading) was fixed.

I’m not commenting on the correctness of the UI design here to force the material on 1 line, but the fading is a feature, to tell the user that the line was clipped and not just terminating normally.

The original post here from a year ago was clearly a bug, as the review text was wrapping and fading.

I’m not involved in the debugging so I wouldn’t know what’s happened in the intervening 10 months. I’m just a user trying to clean up my classical music collection, which is kind of hard when critical portions of the text are unreadable.

To be solution oriented here, should I go into my tag writing program and shorten all the titles?

You should be able to click the text to open the tag popup, which should wrap instead of clipping.

Let me know if that doesn’t work here @jlo, thanks!

Mike, would there be any plans to make it so information is viewable without extra clicks? Obviously, if just a few tracks are being handled it’s no big deal, but when you’re looking at fixing hundreds or thousands of tracks, it makes it much easier to deal with everything in the same view. For classical fans it would make a difference.

We may redesign this screen (again) in the future, but there’s likely to always be some sort of limit to how much text can fit here.

If you need to use the track grouping screen regularly, you may want to consider whether changes to your file tags or folder structure may help. Feel free to give me some more information about how you’re using the Track Grouping editor and we can look into it. Thanks!

A feature upgrade would be great - even a full text display by hovering the cursor over the base text would be a tendon-saver by reducing clicks. Thanks for the responsiveness, much appreciated.