Grouping by album name, not artist

A new *.FLAC album appears, but is not grouped under the artist name. I am sure this can be done, but I’m not seeing it.

I think we need a little bit more information. What do you mean a .FLAC album appears? Where does it appear? Is this an album you have and imported into Roon?

When you are in album view there is a menu on the top right that lets you choose how albums are organized. There is an option to choose for albums to be sorted by Artist. 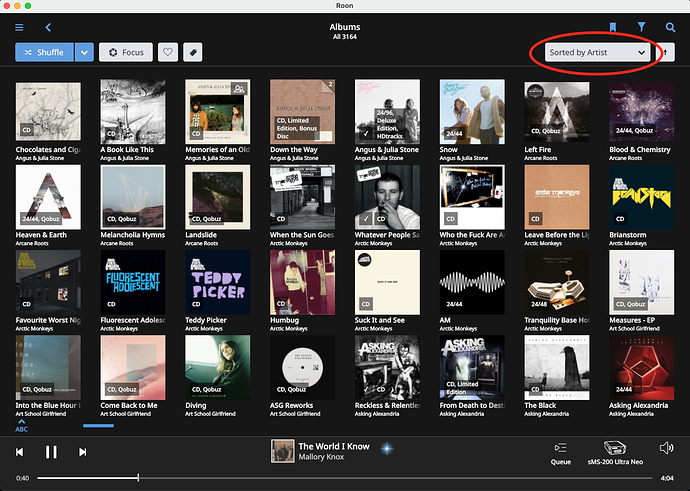 The artist is PRINCE. I downloaded a FLAC album. It appears in ROON under the album name, but does not appear under PRINCE.

It’s strange, PRINCE appears as the artist name below the album name. 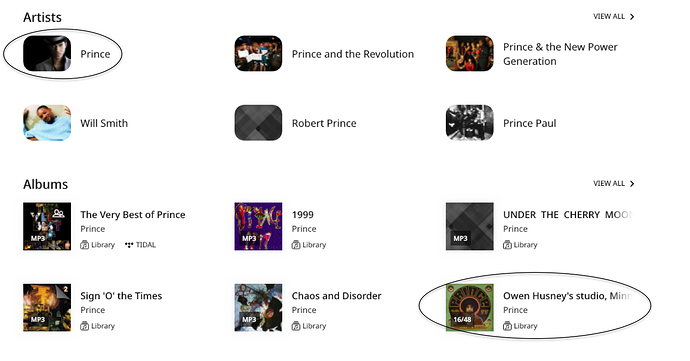 I’m getting a ROON message that the album is not identified. Near as I can tell, this makes sense as this is unreleased. How can I manually do this?

Yeah, I just looking the album up and saw that. You can edit the metadata in Roon by clicking on the triple dot menu that appears in the album view under the name of the album. It is to the right of the “Play Now” and “Focus on similar” buttons. The menu will have an “Edit” option. Select that and a new window will open. Click on the tab that says “Edit Album” and there are sections to edit the Artist and Album Artist

Edit: Hopefully that makes sense. If not let me know and I’ll try to explain differently. You can also edit the album metadata with an external tag editor and then tell Roon to use that data instead of its own

I’m not sure it’s really imported. I saw the album on my iMac ROON Core, but not on my iPad.

You’re right, it is. I found it under Owen Husney.

That did it -thanks!