I have a recording of Bruckner’s 9th symphony played by the NDR Symphony Orchestra conducted by Gunther Wand (in 1993 I believe).

Roon seems to pick up the right album but Roon’s metadata for the tracks are Symphony 6, not Symphony 9. 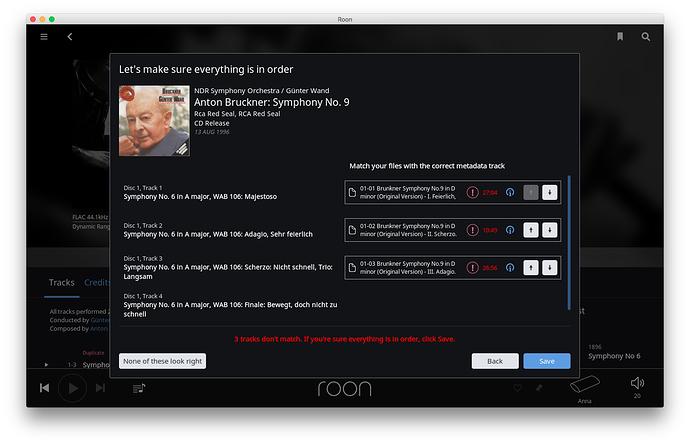 If you use the following search terms, it’s the second hit in the identification wizard:

As ever with classical CDs the metadata look screwy. The second CD on the identification list you point out was apparently released in 1989, which is a full 4 years before the recording I’ve got was made. The track timings are also out by some margin.

I found what appears to be the right recording on MusicBrainz but this has the same artwork as the CD you’ve pointed out, and the track times are the same as those that are apparently the earlier recording as well.

This one released in 1994? No track metadata…