Has anyone heard Hold On (or Make it Out) by Gus Seyffert?

His resume is excellent, playing bass for the black keys and producing music for the likes of Roger Waters but listening to his stand alone music (of which there ain’t much) - I just want to hear more!

Anyone able to recommend music based on this? What music genre is this? 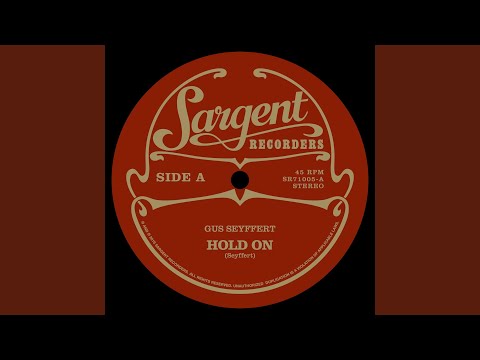 Thanks Uwe! I will give those a try. There’s a few in there I recognise.

I guess this genre is alternative and indie! I was thinking more ‘psychedelic neo 50’s folk’ or something but I suppose that’s reaching a bit far.

Stop earning a living Gus and start doing your own stuff. I wanna hear an album!

Thanks again. I’m really digging Chartreuse, and looks like there’s plenty so very happy about that.

Something about old Gus though. I dunno what it is, it sounds so familiar and yet I can’t find anything else quite like it.

Song radio Spotify is a great way to get 50 similar songs with a right click. Here works the technology of Echo-Nest, Niland & Co. (worldwide research), which Spotify has wisely bought in.

They therefore prevent the automaic storage and transmission as a playlist. 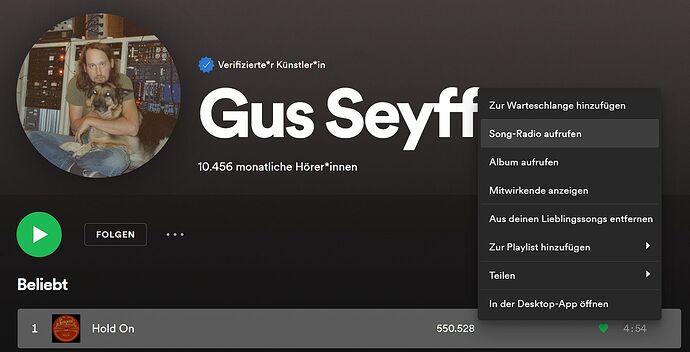 Heart each song and make the last 50 hearts to the playlist and then transfer with TuneMyMusic to the next favorite service (Qobuz, Tidal…) automatically. Qobuz recognized 49 and one track I added manually. Four automatically generated links did not work, with click on the artist I also fixed that manually at the end.

It’s amazing what is possible today. So that it does not become a filter bubble, we have the community with very personal recommendations and I recommend both methods.

Artificial intelligence works better when the music styles are more homogeneous. Personal recommendations are always the beginning of a new automatic journey. But here comes so much that it is no longer possible for me to follow everything.

I wish pleasant hours with this music that invites you to discover again.

Uwe… are a gent and a scholar.

I’ve been using the radio functions and drawing blanks so far (with Gus). The wife has Spotify, although not for long, so I’ll give their recommendations engines a shot. Thank you. And I totally agree about personal recommendations starting a journey - Roon put me on to Gus having followed on from Skinshape, which I would also recommend highly (although is already much better known)… 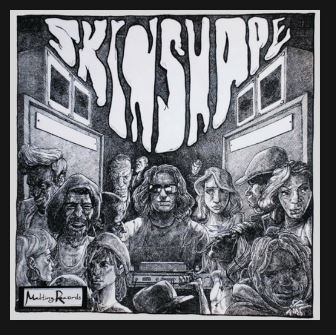 Spotify, although not for long 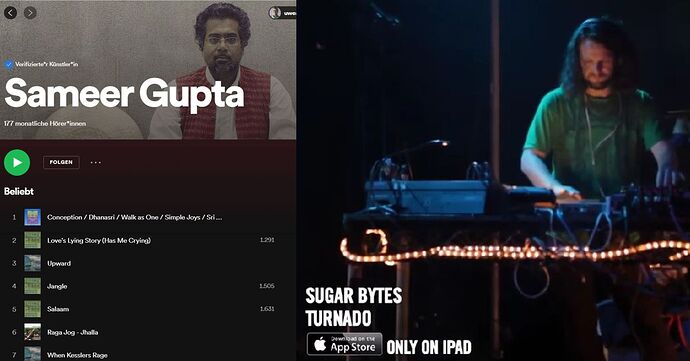 Credibility always starts with the images that you transport onto the web yourself. I don’t advertise Apple products or stay with Spotify myself if I want to talk others out of it.

Was this more than marketing on their own behalf with 95% Bandcamp bonus and pay for Apple ads?

AI will move into all areas of life and these two gentlemen are at Twitter, Facebook & Co. (data slingshots in the best sense). What are you really doing more exemplary? They dream of a better world without the need for defense, but there are always wars in real terms.

We should all stick more to the music, this also applies to the Spotify founder, but AI knowledge is too lucrative and is supported by the state. Spotify serves Europe, Apple and Google cooperate with the United States.

Global citizens don’t want any of this, but by moral standards, there is no right, wrong, or better. Only open and peaceful solutions as a substitute.

Gus Seyffert appeals to me more than Skinshape.

I agree with probably all of what you said! My politics are my own. I select (or avoid) based on my own ethics as much as I am able and perhaps shouldn’t have linked to that news - it was more for info, to pre-empt the need for a response rather than stimulate one. (Oops!). Incidentally, Swapping a Spotify for an Apple or an Amazon feels like jumping out of the pan an into the fire

You’re right tho, music. That’s where it’s at. Although music is no stranger to a political opinion and I am grateful for that.

I also discovered L’eclair through Roon based on the Skinshape album which is rather nice too.

Do you remember Pandora? I think that’s what it was called anyway, a website that would recommend music you like based on suggestions and that found me an awful lot of good stuff. No idea if it’s still going now (imagine it probably got bought by someone and integrated into something I already use in complete ignorance).

Loving Chartreuse by the way

Do you remember Pandora?

I’ve loved streaming services since the turn of the millennium. Apple management, the music industry and the public media business have long fought it all and seen it as their own downfall. So my first service MusicMatch was brought to its knees with unfair methods. First Yahoo took over, then Rhapsody, and then they pulled out of the Europe distribution area.

I never broke up with them myself, but I’ve had many more like Nokia, Zune, X-Box Music, Groove, Simfy, Sony Music Unlimited, Ampya, Wimp, Rdio, Juke, Google Play Music discontinued or more uselessly converted after those 3 services, and even my newly founded independent Napster subscription ended up back with Rhapsody years later and was then run down again. Other business models are now being cultivated there.

I was never allowed on Pandora, strict country limits and country blocks, what a crazy music world.

In fact streaming was the salvation and revenue doubling after the demise of iTunes. It only worked out so well for Spotify because you bought EchoNest and Niland and other startups for hundreds of millions.

Wiki writes: The Echo Nest is a music intelligence and data platform for developers and media companies. … “The Echo Nest Makes Pandora Look Like a Transistor Radio”…and the Goethe Institute explains very well why this had to happen…

What are AI-driven music recommendation tools doing to us?

Just like countless other online entertainment platforms, music streaming services use artificial intelligence to push us towards songs that we will like. How the technology works and what it’s doing to our listening habits will change music forever.

…but Pandora is alive and well and still had this forecast in 2019:

Spotify to Surpass Pandora Listeners by 2021, Sooner Than Expected

Pandora may be the most popular music streaming service in the US, but it won’t retain the No. 1 spot for much longer. According to our latest forecast on digital music listeners, Spotify will surpass Pandora in terms of users by 2021—one year sooner...

Today, so many music tracks are released weekly, you need technical help and a good community.

Both together protect against dispersal and filter bubbles. But I still run after too many recommendations.