I’ve been enjoying the heck out of using Roon with a Schiit Gungnir connected to a Cambridge Audio CXR 200 that feeds Golden Ear Triton Sevens. The Gungnir is fed via NAS connected to an Intel NUC with the Roon ROCK installed. The system works flawlessly and sounds great to my ears.

However, I would like to move the Gungnir back to my headphone setup and just use the internal DAC in the CXR 200. So the signal chain would be NAS > Intel NUC (ROON ROCK) > CXR 200. Since the Intel NUC only has two output options (USB and HDMI) and the CXR 200 doesn’t accept USB input for digital audio, I’m forced to use HDMI to connect the Intel NUC to the CXR 200.

Unfortunately the the CXR 200 doesn’t receive an audio signal from the Intel NUC, but the video works fine. No sound. What am I doing wrong? Is there a special HDMI ritual within Roon that eludes me?

Thanks,
Matt in Minneapolis

Hi @Matt_Werre ----- Thank you for the post and the kind words! Glad to hear you’ve been enjoying Roon, thus far

Moving forward, to help in my understanding of this behavior you’re experiencing, may I very kindly ask you to please provide me with the following: 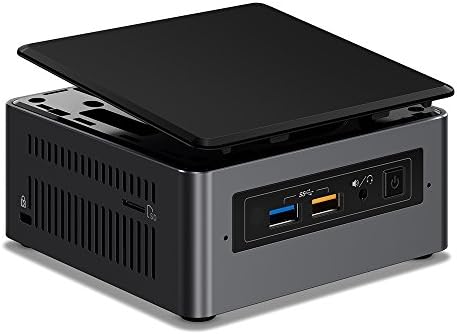 The screenshot of the Audio Tab is as follows: 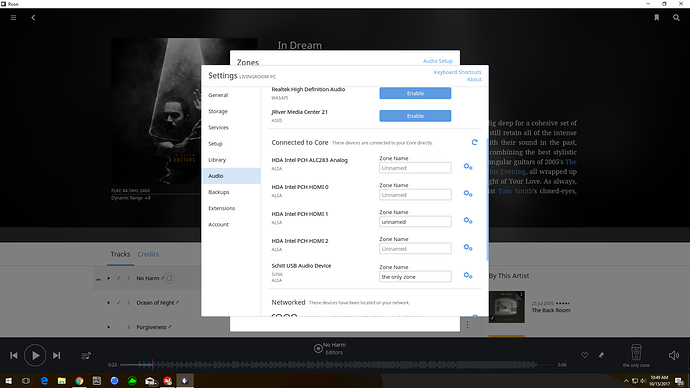 I am unsure how to more precisely answer your other questions beyond what I’ve already explained.

Well, your screen shots are confusing. They are from a Windows 10 PC not an Intel NUC with ROCK installed. Roon’s ROCK is a complete LINUX based operating system that uses the whole NUC for Roon and Roon only. It is not a program running under Windows.

That would be just plain ol’ Roon, no ROCK involved. Anyhoo. With Windows involved you need to verify that the HDMI connection in Windows is working, set as default and actually playing music to the Cambridge before you set up Roon. If it is, then the next thing I would suggest is giving all the HDMI zones a name, I’d used 1,2,3,4, etc and then try playing music to each. When you get the one that works, I’d give it a new name and disable all the other zones.

Oh, sorry for the confusion. I thought a typical control setup was headless so I use my main home work computer to access the ROCK, NAS, CXR200, router etc. Here is my ROCK control panel that I access from my main work station: 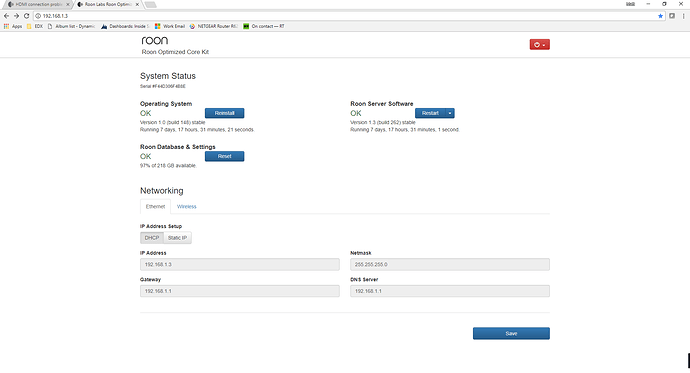 Is there another control screen that I’m missing? Again, I thought we are supposed to use ROCK as a headless unit.

Did you take a look at the 2nd half of my comment?

I would suggest is giving all the HDMI zones a name, I’d used 1,2,3,4, etc and then try playing music to each. When you get the one that works, I’d give it a new name and disable all the other zones.

I think you missed where he says he is hooking his nuc with rock up to his CXR200, not the windows machine…so HDMI setting in windows will not matter…

NAS > Intel NUC (ROON ROCK) > CXR 200. Since the Intel NUC only has two output options (USB and HDMI) and the CXR 200 doesn’t accept USB input for digital audio, I’m forced to use HDMI to connect the Intel NUC to the CXR 200.

ahh, yep. Totally got confused. My suggestion still stands though. Give each HDMI zone output a name, enable them, test them 1 at a time. If one works, disable all the other ones.

Yay! That did the trick. On my setup it was “HDMI 0” that worked, all the rest did nothing. I wonder what the other three are for and why they show up at all? Anyway, thanks for the sage advice you guys are awesome.

Well, the DAC is now receiving audio via HDMI port and it sounds great. The only problem is the TV has to have power at all times otherwise it shuts off. Normally I don’t have my TV on whilst I listen to music. There must be a toggle in the CXR 200 that mandates power to the TV (that I cannot find) or do you happen to know if that’s just the way HDMI operates? I’ve never used HDMI for HiFi listening before so please forgive if this is a stupid question.

What do you mean it shuts off? Does the CXR200 actually power off? If not, does the music in Roon still seem to be playing or did it stop?

If the Cambridge shuts off, check that CEC Control and Power Control are Disabled or Off in HDMI Output Setup in the CXR Setup Menu.

I don’t own this unit, I’m just throwing out suggestions.

Thank you for the suggestions. I tried it again after a couple hours of listening and now, when I power off the TV, the music stops but then comes back after 3 or 4 seconds of silence. It must have needed a burn in period.

I think this is standard behaviour of HDMI chains. When you switch off the TV (which is the second link in the HDMI chain, the first being from the NUC to the CRX200), I think all the HDMI links get renegotiated, and the handshake process can take a second or three. Same thing happens with my Denon AVR if I change over the TV to the satellite receiver whilst the end-credits of a movie are still playing through the AVR.

This topic was automatically closed after 46 hours. New replies are no longer allowed.