Not sure you mean by ex-Beatles. Can you provide an example?

Regarding sort, this should work fine in you have both dates for Originally Released and Released. For example, the following Springsteen albums from 2019 are in the correct order according to metadata.

I prefer to Group Alternative Versions so all releases are shown together. You can choose to have each version listed separately.

If you look at The Beatles as an Artist you will see links to the individual members. Click those and all their albums come up. 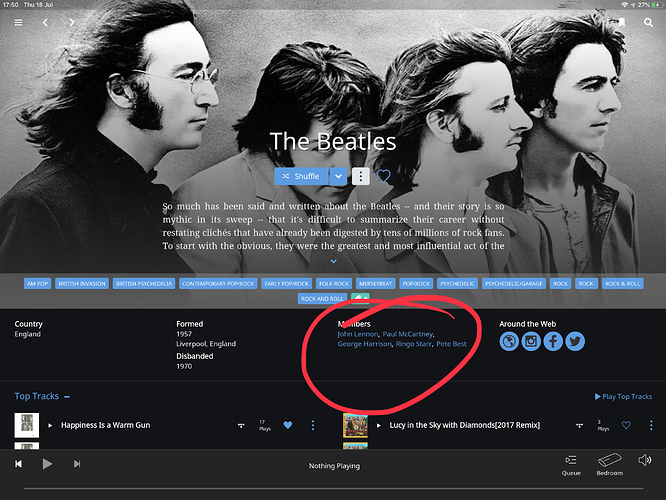 Just a thought, if you had all the material in one screen, it would be un manageable…

Perhaps that should be a feature request but I still think you would end up with impossibly long lists of albums that would be easier to access via clicking a few links.

You can almost do this by using the Focus feature in the Album browser. Use the Performer criterion to select (e.g.) The Beatles, Paul McCartney, George Harrison and John Lennon, and view the results in release date order… 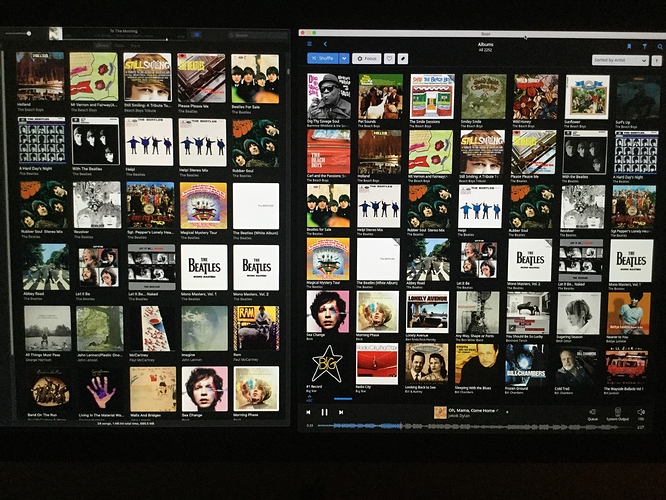 Well, I notice that in the Roon display, you have the albums sorted by Artist. I thought you wanted them sorted by Release Date?