I have loaded in the majority of my music in the last 5 months with only a few issues. The biggest one however is the way Roon has organized my Classical composer selections. It leaves out and or ignores the composer tags for many selections. So if I have 10 recordings of pieces recorded by Bach, I’m only showed 4 or 5 when I search by composer no matter what I do. How can I fix this? Thanks

Which program are you using to tag your files?
and is the composer consistently entered?
Roon will resolve what you typed in best if it is the full name as Roon would have it (eg ‘Johann Sebastian Bach’ rather than ‘Bach’)

Well, I’m ripping them with DBpowerampl, but, even if I manually add the composer’s tag via Roon, it still doesn’t get recognized when I search for music by composer

It leaves out and or ignores the composer tags for many selections.

Please provide screenshots of what you see in Roon – it might help others to understand your issue.

In Settings/General there is a toggle to indicate that you always want the composer shown. I don’t think “Always” is the default so you should check it if you haven’t already.

Try going to compositions and then composer, also make sure that only complete recordings is toggled off.

Thanks for the suggestions. Here’s some screen shots that might help me explain. The first 3 shots show a recording I have ripped that is clearly a Bach composition. Then there are screen shots of the composer page and those same recordings are not included in his works. Why is that? 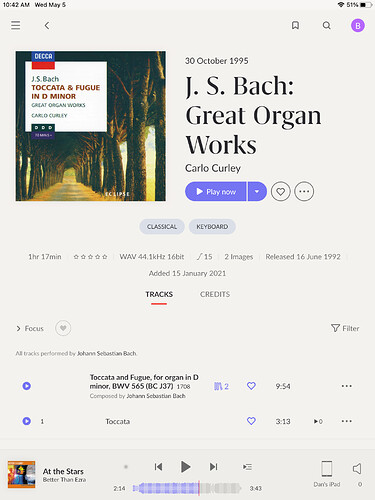 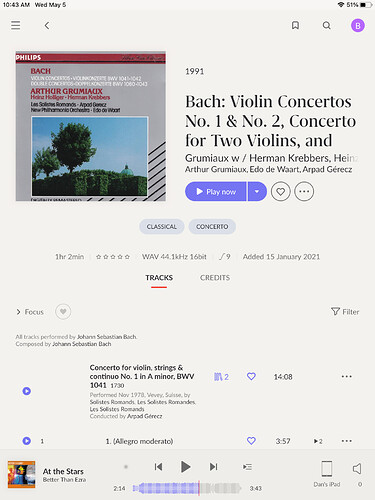 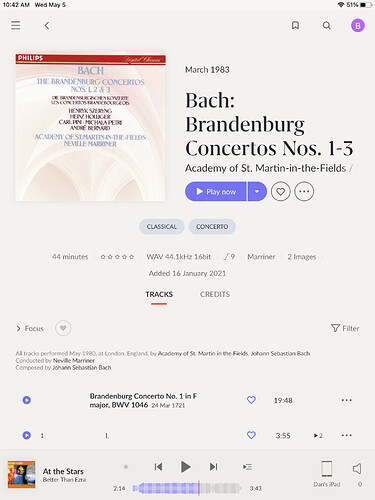 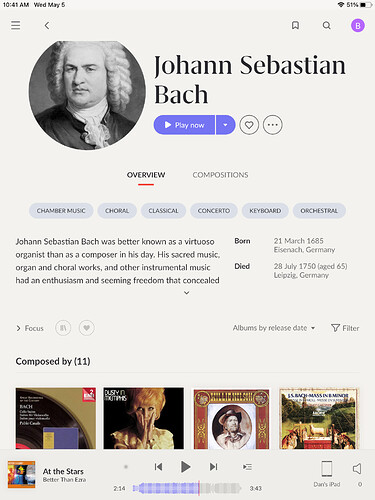 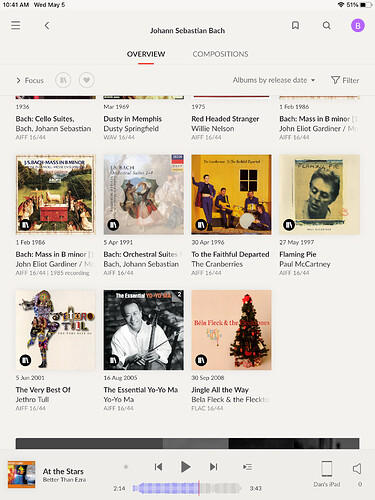 This way does provide a complete list. Thanks. But why won’t all compositions be shown under the composer page?

Is Bach in the Artist Tag ?

The organ work is PERFORMED by Bach , and composed by Bach. Do you have a Composer Tag and if so is it saying Johann Sebastian Bach?

I’m not sure, I understand your question. Sorry, I’m relatively new to Roon. But, he is credited as composer. You can see in this screen shot 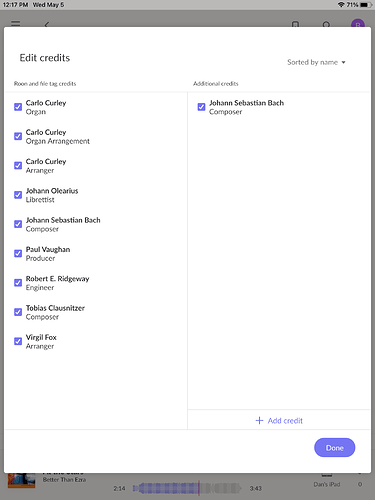 Your screenshots are showing that the works are being performed by Bach, which is clearly wrong. Roon is probably picking this up from an Artist ID3 tag in your file metadata. Rather than use Roon’s editor to try and correct this, it would be better to use dBpoweramp to directly edit the file metadata. Roon should then correct itself.

I’ve just looked up the Carlo Curley album on Qobuz - and as you can see, Bach is not listed as a performer… 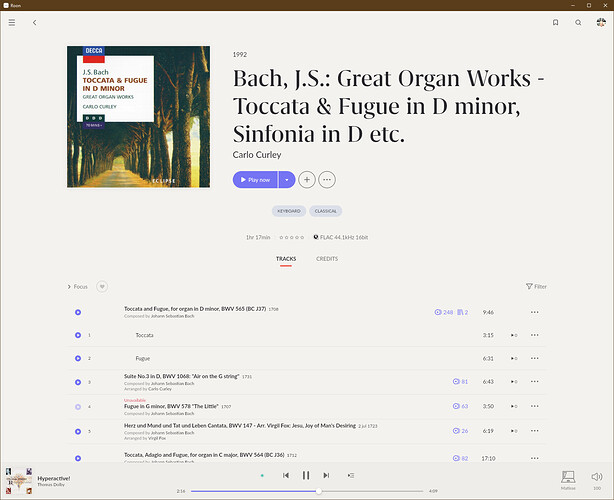 Again, thank you for all your help. I’m not sure how you are seeing that Bach is the “performer”. The shot I put up looks like the album title is “Bach: Great Organ Works” then underneath, like Qobuz, it says “Carlo Curley” as the performer. Right? Am I missing something or not seeing things correctly?

I think I see what you’re saying. It says “all tracks performed by Bach”. Is this what I need to change in the meta data? But, I still need it to show up under Bach as the composer. How do I do that? Thanks again for everything

Roon is showing that “all tracks performed by Bach” because I suspect that your ripped album has Bach listed as a performer in the files’ metadata. I.e. the track Artist or the Album Artist lists both Carlo Curley and Johan Sebastian Bach.

Here’s an example of the dBpoweramp tag editor looking at a track on one of my albums: 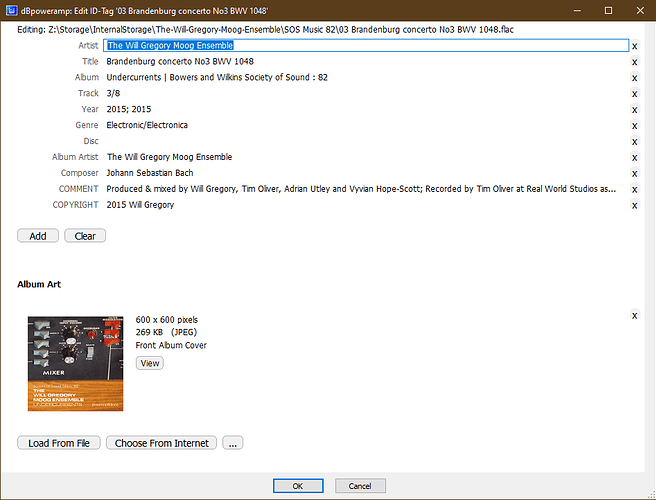 You can see that there is a Composer tag, which has JS Bach correctly set.