…I found a version by Alexandra Streliski

…canˋt find more Info with Roon…is there more to it… because I think it is a really beautiful piece of music.

I’ve got this version of the oboe concerto: 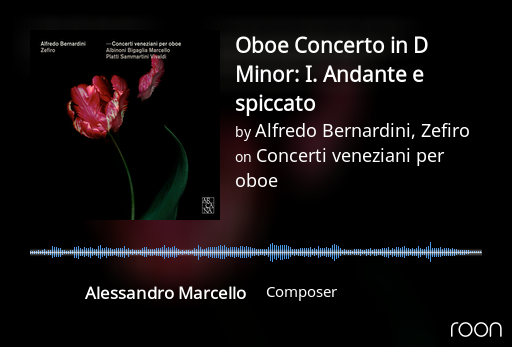 (Update) … and for harpsichord: 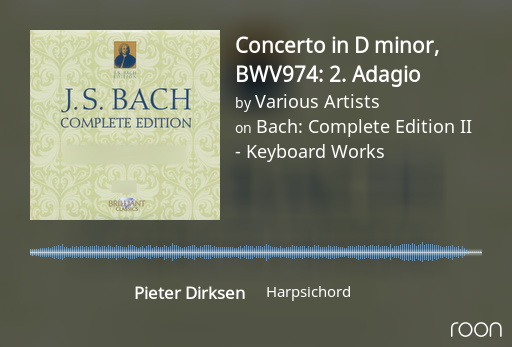 Maybe this helps hunting it down in a version you like.

Now how do I understand this - Alessandro Marcello wrote it and others have performed it on different instruments? Is this just a single piece of music or part of a bigger composition?

From the booklet of the album with the oboe concerto I have:

“Alessandro Marcello (1673–1747), elder brother of the more prolific and better known Benedetto Marcello (1686–1739), was a Venetian patrician and polymath. The oboe concerto in D minor, initially brought to wider notice by being among the Italian concertos transcribed for solo harpsichord by J. S. Bach, appears in a published anthology of concertos by several composers published by Jeanne Roger in Amsterdam in 1717, where its composer is named unambiguously as ‘Alexandro Marcello’. However, a C minor version of the same work preserved in Schwerin attributes it merely to ‘Marcello’. Benedetto’s authorship is in fact suggested by the fact that the oboe concerto’s first movement contains close thematic resemblances to the second movement of his violin concerto Op. 1 no. 2 (1708). …”

So Bach wrote a version for cembalo / harpsichord.

I lack the deeper knowledge here but it was quite a common thing for composers to use each others works and rearrange (transcribe) those for other instrumentations. In former times it may have often been because they lacked the musicians required to perform certain music. So instead of inventing the record player they transcribed the music for the instruments at hand. Or they did it just as a finger excercise.

Search for Bach J S BWV 974. I couldn’t find all that many versions on Qobuz or Amazon. There is a recently released album on DG by the pianist Vikingur Olafsson that has it - and played on the piano.

Thanks a lot guys… will check out some of the piano versions. Any similar classical stuff u can recommend?

Any similar classical stuff u can recommend?

That’s a tough question. Music’s emotion and will you feel the same listening to a recommendation as I do? Like when you say there’s a melancholic mood in a piece - I’d probably wouldn’t have put it like that.

Staying with the piano but from later times there are always Chopin’s Nocturnes or Gabriel Fauré’s Piano works. Of course Franz Liszt wrote a lot for piano - and did a lot of transcriptions too.
Or simply more from J. S. Bach; have a listen to his Goldberg variations for instance, never hurts …
Antonio Vivaldi may be worth exploring, he’d sound a bit more “like Marcello” being a contemporary from Italy.
Or … I don’t know. Be curious or browse a little in the


thread. May give inspiration too (there’s classical stuff mixed in between).
Christoph_Longree (Christoph Longree) August 13, 2018, 7:05pm #8

Thanx - all new terrain… will listen into stuff

Try Erik Satie Gymnopedie - or if you want something a bit meatier, try Schubert Fantasia Op 103 D 940 (for four hands). If you want to go beyond piano - Debussy l’Apres midi d’un faune or Gershwin Rhapsody in Blue or Schubert Piano Trios. The choices are endless! 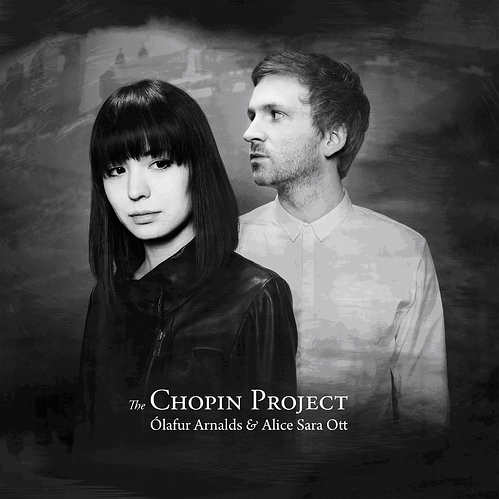 Bach is endless, but based on the piece you asked about, perhaps try the two minor key cello suites (Jean-Guihen Queyras’s set is a good option among recent recordings) and the third English suite for keyboard, particularly the sarabande. I like Maria Joao Pires for that one.