Hi Res download from Qobuz only shown as 44.1kHz in DAC

What is your DAC plugged into now?

Still same (running from Auralic Aries LE to McIntosh)… not made a final decision on which upgrade to go for… still testing. I know about your findings towards the McIntosh integrated DAC - but it`s strange that the issue only pops up with the Qobuz download… downloaded other albums from hdtracks and all is fine…

Is Roon DSPing enabled? Can you post a screen grab of your Roon signal path for both scenarios. 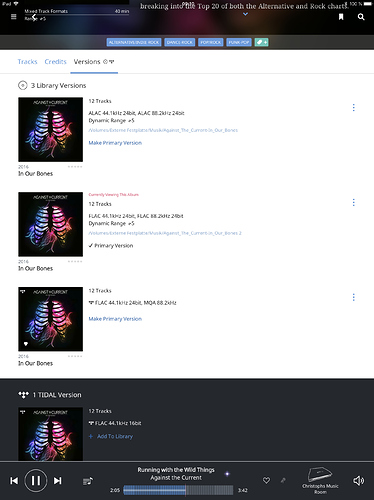 when playing FLAC and only 44.1kHz is displayed in DAC: 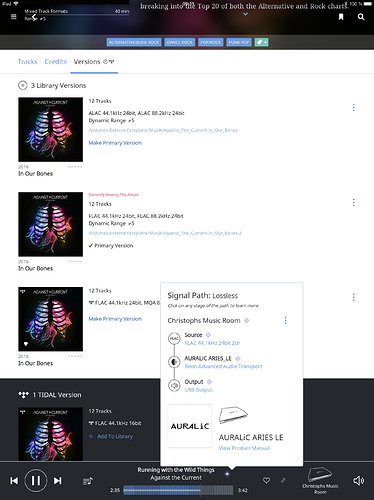 when playing MQA and 88.2 kHz is displayed in DAC: 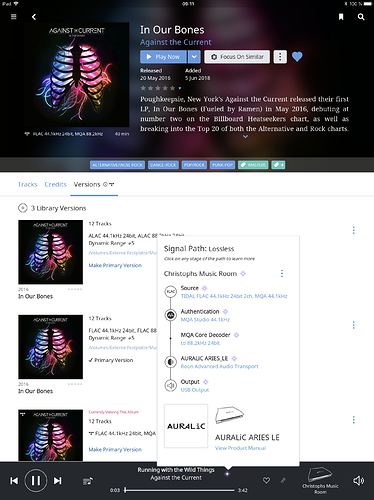 … wow - so Qobuz sells these as Hi Res but they are not really… or am I misunderstanding things here?

I think 24 bit is the Qobuz hi-res indicator not sample rate. Same with other providers.