HifiBerry Digi+ with Ropieee into a Denon Receiver

No issues playing anything directly off the MacMini in my main system. Aux system in a different room fed by the HifiBerry over wifi has no sound on certain Tidal songs/album… The timeline scrolls but no sound. It mainly happens on MQA titles. Trying different device settings (including the default) seem to have no impact. How can I track down the source of the problem?

Example of MQA albums that has no sound every time I try it: 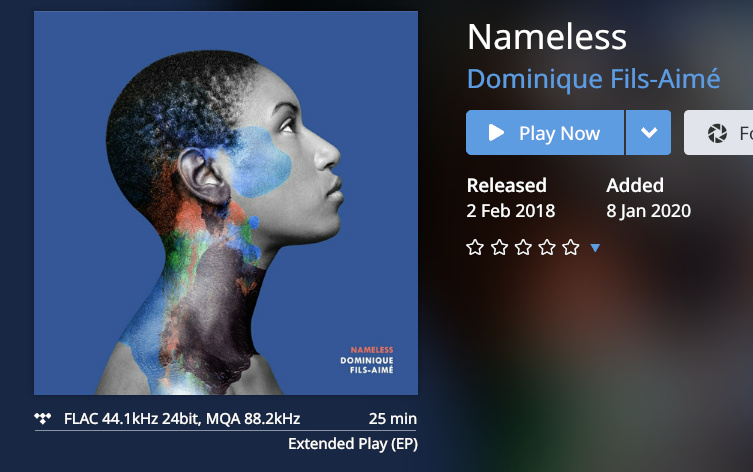 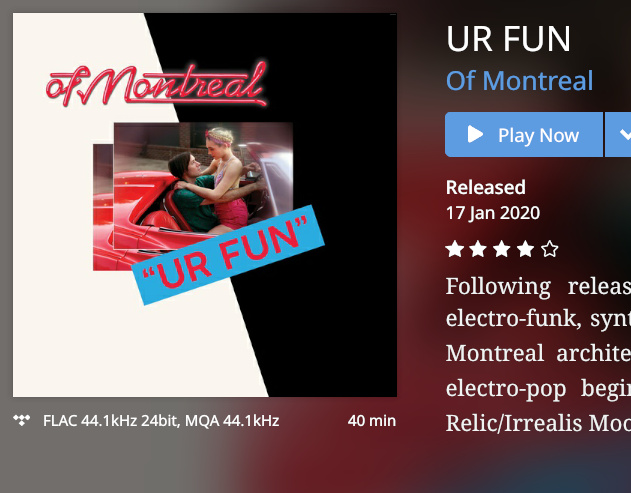 MQA examples that do work: 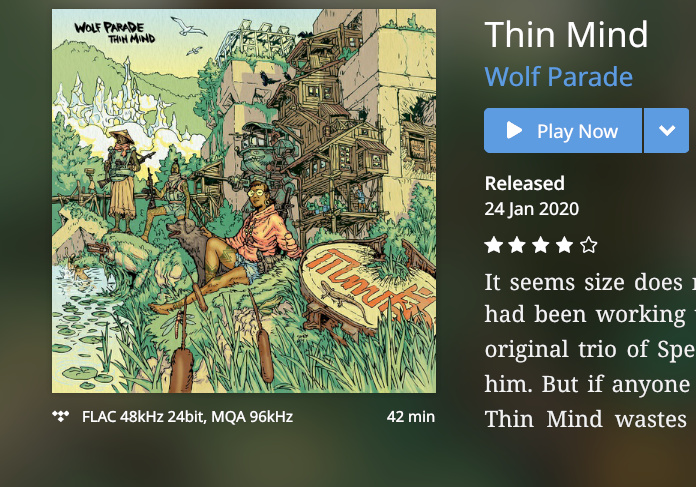 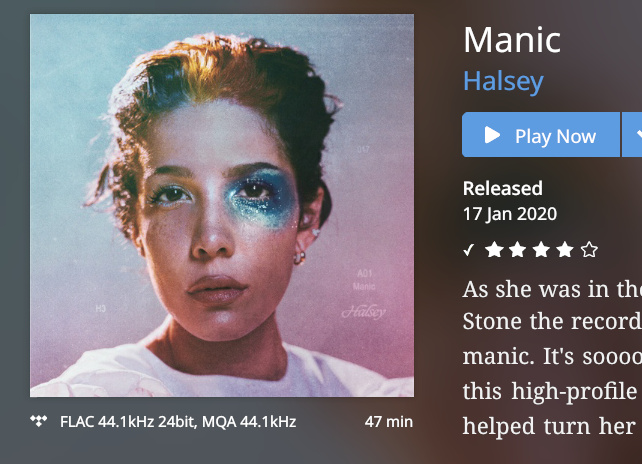 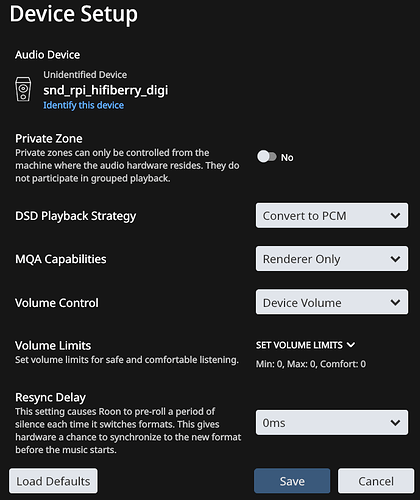 Can you please share a screenshot of your Signal Path when playing one of the problematic albums?

Is there any way you could temporarily hook up your Denon receiver to the Core (USB/HDMI), bypassing the HiFiBerry and verify if the issue is the same?

Does not play path: 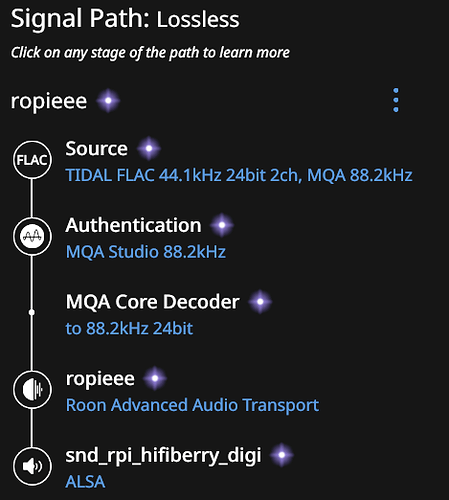 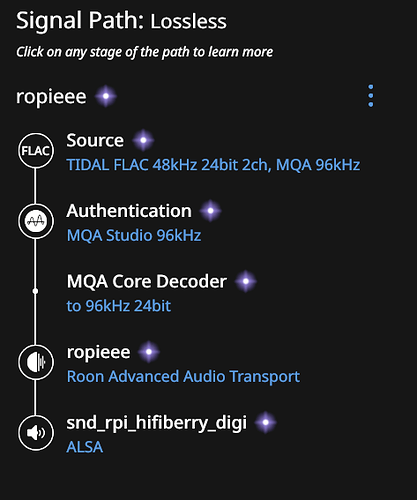 Swapping things around … maybe. Not so easy as the Denon is an older AVR3802 so it has no HDMI inputs which how I’m currently going out of the Mac Mini. I’ll have to see if I can find a compatible digital output/input between the 2, that I can’t probably mess with until the weekend. I have an external DAC I use for my headphones that I can easily try in the Aux room instead of the Denon. (either way power is from a dedicated Adcom amp, not using using the internal amp in the Denon)

Hi @Jeremy_Lucas,
It appears that the non-working signal path is MQA 88.2 content. If you upsample this content to 96kHz, does it then work as expected? You can upsample it by using the DSP engine -> Sample Rate Conversion: https://kb.roonlabs.com/DSP_Engine

That is old tech. Sometimes they did not support multiples of 44.1. Did you check the manual and verify it can do 88.2?

that doesn’t explain why one 44.1 track works and another 44.1 does not

@Jeremy_Lucas - Are you using the latest version of Ropieee?

Can you please try playing a few 44.1kHz/88.2kHz MQA tracks in succession and note the exact local time + date + track of ones that don’t work vs one’s that do work? I am looking for something like this:

Once I have this info I can take a look for any additional clues in diagnostics.

Ok, it won’t happen until the weekend though.

No worries @Jeremy_Lucas, when you have a chance to look this over do let me know the above info.