Please consider not replying to any of my post. Thanks.

Please consider not replying to any of my post. Thanks.

Noted, I shall consider.

But when you made comments earlier in this thread like "Incoming rate is not limited to 24/96. I stream 24/192 to the Dragonfly. I think you have it backwards"

I think I helped some other people with correcting some of your comments because some might have thought their Dragonfly and/or iPad was broken… or that you had a Special Edition Dragonfly.

I try and share accurate info around here to try and help others.

Which Bose speakers are you using, out of curiosity?

The Bose Soundtouch 300’s internal DAC will do 96/24, so higher resolutions are going to be down-sampled.

They are limited by my Bose DAC to 24/96. If I plug my iPad into my Oppo 203, I can listen to 24/192 with headphones. In the latter case, I’m not using the Soundtouch app, just streaming from Amazon. This is the same situation I have with Tidal, Qobuz, and Roon, except with none of the problems introduced by Roon.

I plan to add an amp and speakers using analog out from my Oppo sometime in the future.

Well if that works for you then that’s a good solution.

I’m curious… What is better about Amazon HD music that makes people want to drop Tidal or Qobuz in favor of Amazon HD? Is it price? Something else?

Price and quantity. Amazon is cheaper and has a better selection.

The race to the bottom on price is not as good a thing as might be expected, especially if artists don’t get paid enough.
It’s bad enough now, so Amazon being cheaper and such a power in the markets doesn’t bode well for the future in my view.
Personally I’ll stick with Tidal as they are higher up the scale when I comes to remunerating artists.

I couldn’t agree more, Chris.
As Danny @danny has said in this thread before, as Roon users, we ‘spend big’ compared to other music lovers.
We should do all we can to fairly remunerate the artists who give us so much pleasure.
And we should do everything we can to resist a ‘race to the bottom’.
Support your favourite artists! Otherwise you might find they’re not there anymore…

I wouldn’t make assumptions about how much services pay to artists based on monthly fees. Tidal likely has higher costs for delivery, because they need to rent CDN from someone else, while Amazon has their own AWS. In addition, Tidal needs to pay license fees to MQA too, which Amazon doesn’t.

Amazon can likely also gain more listeners for the tracks than Tidal can. Competition is good, but it is very hard to draw any conclusions about artist remunerations without actual data.

We should do all we can to fairly remunerate the artists who give us so much pleasure.
And we should do everything we can to resist a ‘race to the bottom’.

If you believe what you’ve said above stop streaming and go buy the albums.

I do buy the albums.
For example, I love the music of Hiromi Uehara, and she’s just brought out a new album, Spectrum. I can stream it in 24/88.2 from Qobuz with my Sublime+ subscription, but I have also bought the download from HDTracks, and also the SACD.

As I say, I think we should do all we can to support the artists we love

Artists were very lucky to make anywhere close to even $2.00 per album in the heyday of the CD, and that would have been a great deal. The money was more likely paying for a portly middle manager to have a cocaine lunch.

Given that these are early days for Amazon Music HD, I expect things will improve. However, I wouldn’t be surprised if they didn’t.Communication with Amazon has been nearly impossible and the company has shown zero interest in the consumers of its HD tier. There isn’t a platform I know of that works perfect with Amazon Music HD, although BluOS likely has the best shot at getting things right. I need to get a Bluesound Node 2i for further Bluesound testing. For now, all other platforms are severely limited in either capability or usability with Amazon Music HD.

Pretty much covers everything I have been saying for the last month. For a hifi enthusiast it’s currently a crock…

My local corner shop sells wine for £3 a bottle, but it tastes like p***
I’d much rather pay a little bit more, and get a nice bottle of Shiraz 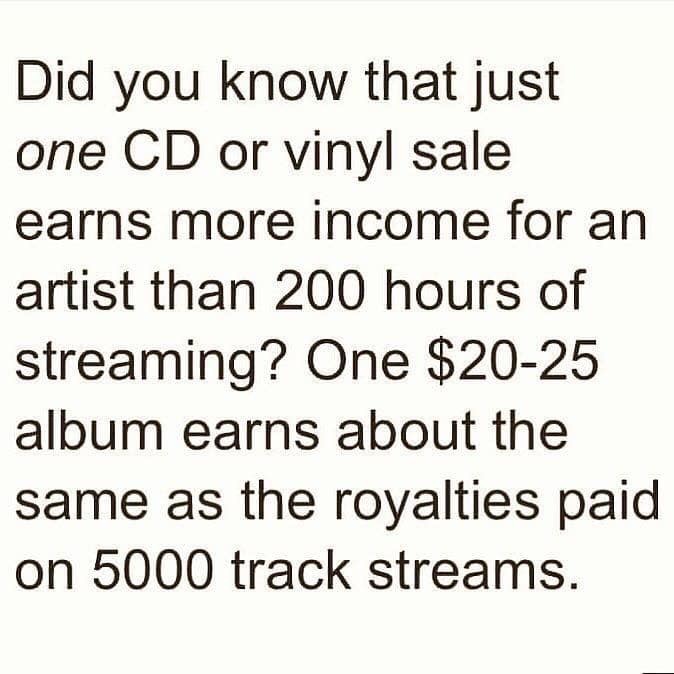 Amazing. Especially the sources listed to back it up.