Hi Joel, thank you, indeed the integration now seems to work. I notice though that Roon doesn’t pick up any Qobuz high-res content, even if the subscription provides for high-res and it is correctly configured in Roon–>Settings–>Services. I will give an example:

Here’s my Qobuz settings in Roon: 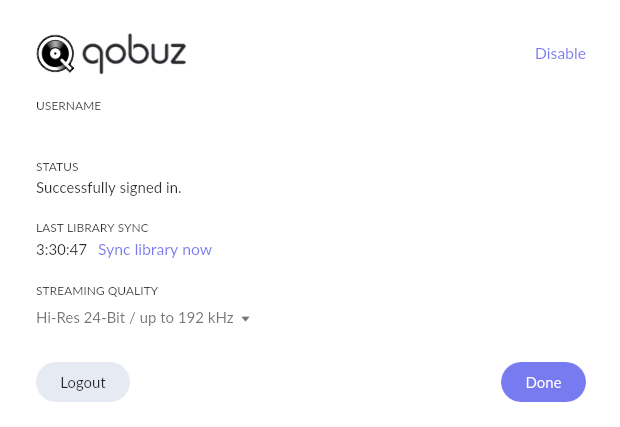 Here an album in the Qobuz app; please note that a 24/96 version is available and can be reproduced on my desktop. This is a ‘Studio’ account, the only account type currently available in my country: 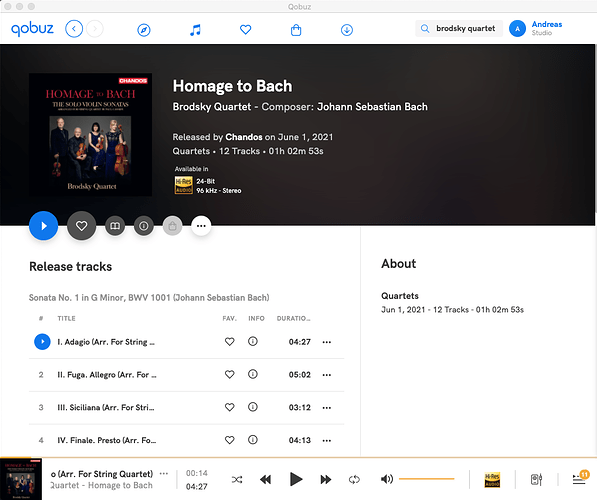 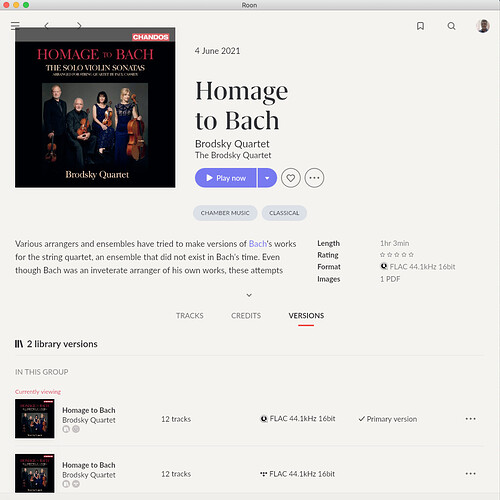 Why can’t I see Qobuz high-res content in Roon?

We’re looking into this with Qobuz @Andreas_Philipp1.

@Andreas_Philipp1 What does signal path say when you actually play the content?

Good point! It actually seems to play back the high-res file!

This is the same album shown in my previous example.

I’ve tried this now with other albums where HiRes is provided. Signal path shows playback of the high-res file, while on the Roon album page and in the available versions drop-down 16/44 is shown as only available version. 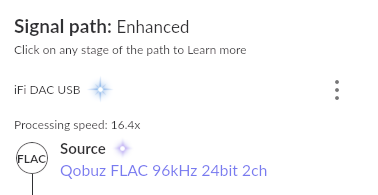 Okay, thanks. Looks like some delay in getting us the correct metadata for our display.

I have the same issue with my new Brasil account. I am a long-time user of Qobuz with Roon, previously with a U.S. account, and France before that. I compiled a playlist of a dozen Qobuz albums ranging from 96 to 192 kHz. All of them play at their proper resolutions through Roon, but they are all erroneously listed as FLAC 44.1kHz 16 bit when the albums are chosen from the playlist in Roon. I then switched back to my U.S. account, which doesn’t expire for a month, and the resolutions display properly in Roon with a similar playlist on that account,
This was last night. I checked this morning and there is no change. I have no reason to doubt the metadata delay explanation, and look forward to the issue correcting itself.

Hi @Toolio, at my place there’s no change, either. In addition to the wrong resolution being displayed, I have identified several albums with tracks marked as ‘Unavailable’, when in the Qobuz App all tracks show complete availability. Let’s give it a couple of days, and if things don’t sort themselves out, we can alert Roon support about this.

Okay, thanks. Looks like some delay in getting us the correct metadata for our display.

Joel, could you kindly provide an estimate of when this data issue might be corrected (if possible). I still see no change in Roon when using my new Brasil-based Qobuz sub. Thanks in advance.

Looks like to much time for a database update

But all Qobuz albums I saved in Roon’s database during the last couple of days still show 16/44.1, regardless of the albums real resolution.

Joel, could you kindly provide an estimate of when this data issue might be corrected (if possible)

I’m afraid I can’t; it’s out of our hands at the moment.

I’m afraid I can’t; it’s out of our hands at the moment.

Thanks. I appreciate the reply. Hopefully it will be soon, since this has been marked as “solution”. It’s not much of a solution until it actually happens, although I realize it isn’t Roon’s doing.

A excellent current example of the problem, which continues, is the playlist “192 kHz: Jazz” in Qobuz Brasil (and I assume Qobuz Portugal). Cick on the tracks/albums and Roon displays them as 44.1/16. Play them, and they are in the intended 192kHz format.

All Qobuz content available on the platform the day Roon configured the new Qobuz regions is still shown in Roon as 16/44.1. Only new releases from this week (released after Roon’s configuration) are correctly shown…

Who will assume responsibility for sorting this out?

Andreas you are right, I’ve looking to the last album of Nelson Goerner, released on the 6 May, and it’s ok on Roon. I’m in Portugal.

Andreas you are right, I’ve looking to the last album of Nelson Goerner, released on the 6 May, and it’s ok on Roon. I’m in Portugal.

This one is fine on Qobuz Brasil as well.

This one is fine on Qobuz Brasil as well.

Yes, because it was released after the initial configuration of the new Qobuz region accounts in Roon’s backend system. All file resolution metadata of the whole 80 million previously released tracks shows instead ‘16/44.1’… This is was must be corrected…

The odd thing is that I don’t recall seeing this problem when Qobuz U.S. started. I was a customer of Qobuz France, then switched to Qobuz U.S. I have just opened a Brasil account because that is where I currently live. As I mentioned earlier, if I switch back to the U.S. account, which will soon expire, Qobuz resolutions are displayed correctly in Roon.
I am concerned that Roon has marked its earlier post here as “solution” when, in fact, the issue persists.

I am concerned that Roon has marked its earlier post here as “solution” when, in fact, the issue persists.

Concerned? The content plays correctly in high resolution; this is an (inconvenient) labelling issue. However, you have a point and I’ve unmarked the “solution” as such.

I don’t recall seeing this problem when Qobuz U.S. started

When Qobuz started in the US, the HiRes catalog was extremely limited / virtually non-existent.

These things take time; personally, I don’t like living on the bleeding edge (services, software/firmware updates, new hardware, etc.) unless I have to (Roon and Roon metadata dog-fooding). Also, as has been discussed above, there are no guarantees of same streaming catalog in different regions, especially at the beginning of a new regional offering.