Roon crashed yesterday morning. On restart, it asked me to re-login. After re-login, I get the following error: 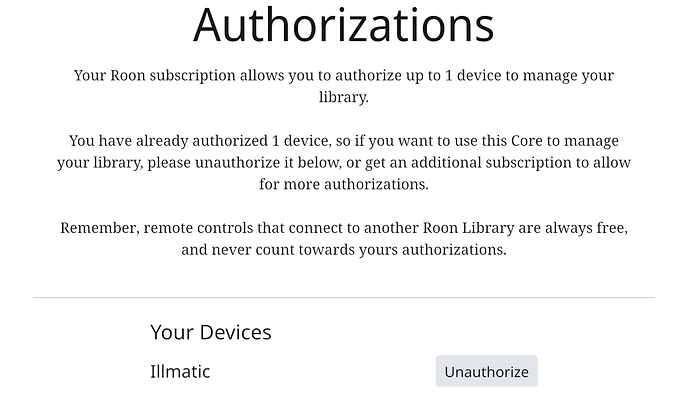 Following information found in the knowledge base, I restored from a Roon snapshot. After restoring, I restarted the app. I re-chose my NAS, and the error appeared again. Following further information in the KB, I uninstalled Roon from my system. I re-installed, and received the following screen:

The cycle repeats itself. I had this happen a month or so ago and had to rebuild the entire core. Given the size of the core, rebuilding sucks. I have a huge collection of music in here.

What do I do to repair this?

When I did that last time (over a month ago), doing that forced an index rebuild. Will that happen again?

Yesterday also restored my roon core from a backup, re-authorized and it didn’t re-index anything. Ymmv (but that would be a bug most likely)

This worked – without any reindex. I don’t know why it forced a reindex last time, but everything is normal now. Thanks!

Glad to hear that pressing unauthorize resolved this issue!