Hole in My Heart

I’m really digging the new version. But one area where it has me frustrated/confused is the use of hearts to favorite a track. For one, the heart status/toggle is now missing from the now playing bar. That means two of the most common interactions with a playing track–seeing whether it’s favorited and, if not, favoriting it–are hidden behind a click.

Another point of confusion: what exactly is supposed to be the workflow to favorite a track recommended by Roon Radio? When Radio really hits the spot, I want to add the album to my library and then favorite the track. This takes more than a few clicks–hit the (very convenient) link to add the album, navigate to the artist, click on the album that’s just been added, find the right track (with no indication that it’s the one that’s playing), and then hit the heart button.

Add the album o9 the library, then click on the album cover, and on the album display the current playing track has a moving symbol on the left, and a heart button.

When I tried it, there was no symbol next to the track, because Roon was playing the Tidal version, not the library one (even though these are, ultimately, the same). Either way, the point stands that it’s difficult to do a common thing that one might expect to take a click or so.

If you add the Tidal version to the library, as you implied, you get the heart symbol.

Until you have added the album to the library there is no entry for it in the database, so there is nowhere to store the favorite marking.

Sorry, I meant that there was no “now playing” symbol next to the track. Yes, at that point, the heart toggle is there.

In other words, when one wants to favorite a track on a new album via Roon Radio:

This would be a better interaction, if it were possible:

When I click on Add to library in the Now Playing page, the album gets added to the library but the system doesn’t quite keep track of this.

So after I have added to library, if I click on the album cover in the Now Playing page, it shows which track is playing, but that album is not shown as being in the library, there are no hearts and there is an add to library button.

In the album browser, the album appears in the library and if I open it the display shows the hearts and othe4 stuff, *but there is no active-track marker.” I.e. the system doesn’t know that added album is the same as what is Now Playing. 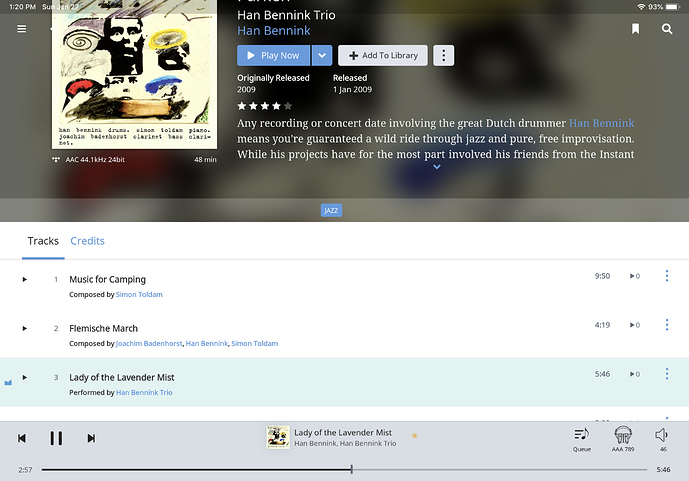 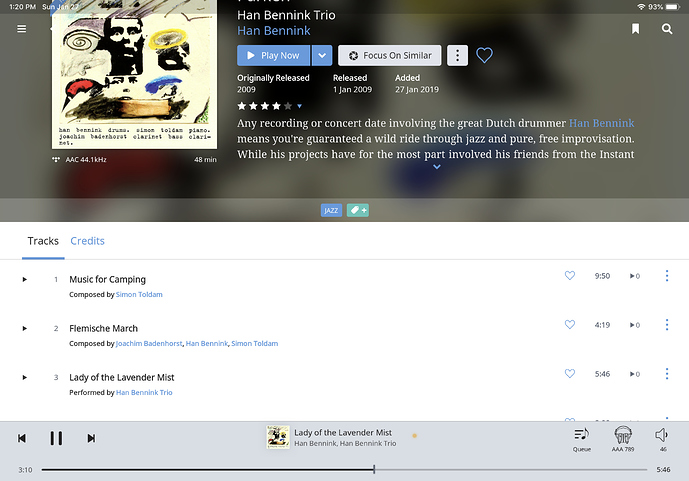