Here yet another instance of compositions not being grouped correctly for the attached QOBUZ stream. I would be grateful if this could get fixed. 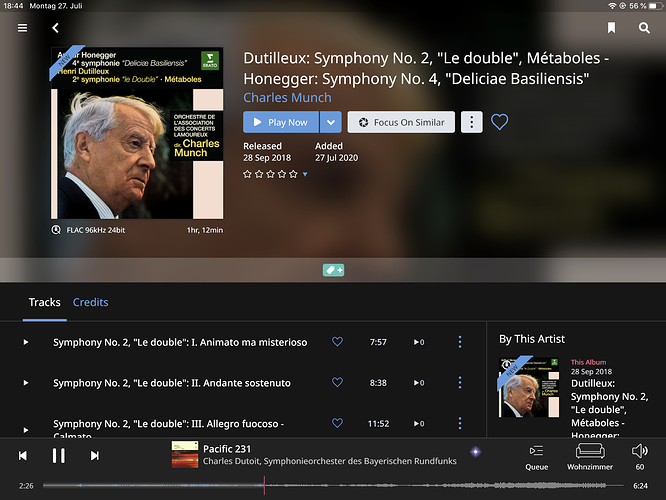 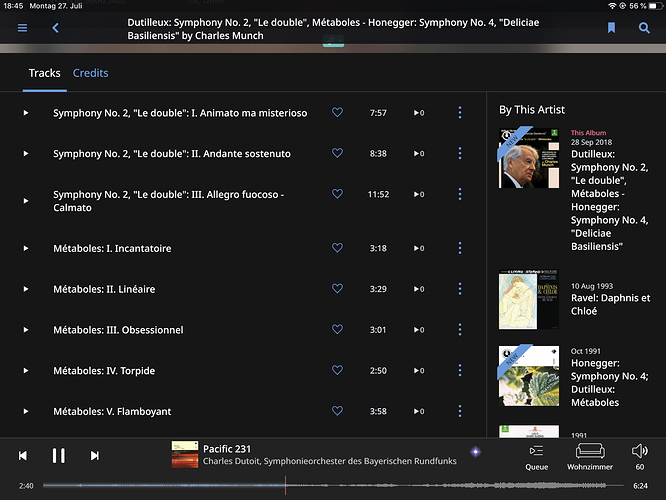 There are so many classical albums with missing grouping of the parts or movements of compositions. I have noticed that on many albums, the first composition is correctly grouped, the remaining compositions not any more. Another frequent problem is that on an album of two or three compositions, every composition is presented as if it were on a disc by itself.

All this is on albums from Tidal, so it has nothing to do with ripping or tagging of my own records.

Truth is, there are so many albums affected by these problems that I have given up on letting my blood pressure go up about this. Roon with classical albums gets it right only half of the time, and for now we have to live with that as no solutions seem to be on the horizon… I enjoy the music and look for the right metadata elsewhere on the web.

There are so many classical albums with missing grouping of the parts or movements of compositions. I have noticed that on many albums, the first composition is correctly grouped, the remaining compositions not any more.

Yep, thats a known issue which I have also reported before. They got it fixed for some, but by far not for all.

Truth is, there are so many albums affected by these problems that I have given up on letting my blood pressure go up about this.

Not me. But my blood pressure is still super good.

As long as Roon does’nt get this fixed once and for all we need to report piece-meal for each album otherwise it will never get addressed. Seems to be the same issue for Qobuz and Tidal.

Thanks for sending this example over. I’ve passed this along to our team — We don’t have any changes coming that will address this in the immediate future, but it’s a great example that will be helpful for improving metadata in the future.

@dylan
My listing is not intended to be a “great example” for what ever kind of statistic. I would actually like to understand why this cant get fixed. Because I assume that is the bottom line of what you are really trying to tell me.

As far as I can see, all the ingredients for successful composition matches are there:

So why again can your much praised AI-engine not create a composition grouping from those components?

Thanks for filling me in.

@dylan,
This is one of many examples of why we should be able to fix this for ourselves within Roon. The work/part (or composition/movement) tags mostly fix problems with ripped content. But it’s absurd to require one-by-one submission of errors on streamed content. Give us a composition editor!

As new subscriber to Roon with mainly (only) classical music which I am ripping from a huge CD collection it occurred to me the same. Some symphonic works with parts are not grouped as others admirably do. Apparently it is almost or just impossible to correct it by hand and if possible it is a huge work. One special case is a recording of von Karajan on two discs which are of the Bruckner 1st and 5th symphony and lo the Bruckner 5th comes out stubbornly in the text as Bruckner 4. Sure there are more important things than this but it muddles the information. I will try if I can get screen copies in here later. 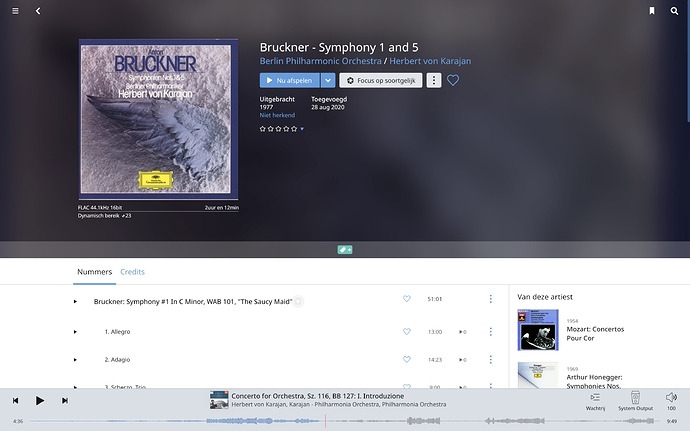 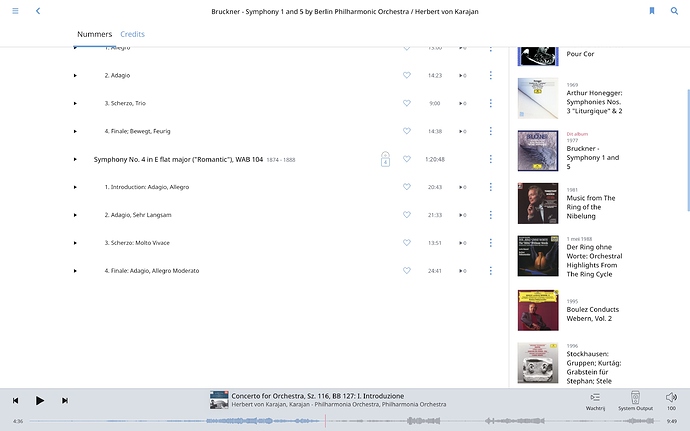