How do I differentiate one version of a release from another when browsing TIDAL? 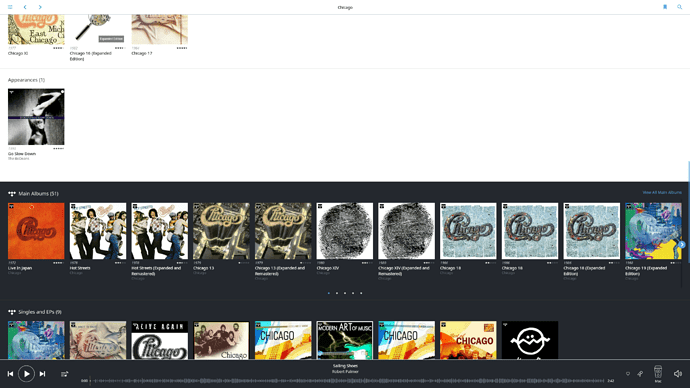 I understand how to access MQA releases and get them into Roon. But for many, many artists there is more than one version of many releases. Some of these are labeled as remasters, etc, but many are not. Sometimes these are MQA/non-MQA releases, and that certainly may be the case with the example I’ve given here (the artist Chicago). But, as I tried to add the Steven Wilson remix of Chicago II to my Roon library, I can see 2 versions. Looking at the TIDAL app on my MBP, neither played as master. So, what’s the difference? There was no difference in the credits (almost no credit info for this release). How do I decide which to add to my library? Am I making this harder than it is? Thanks!

It’s just not easy right now, trial and error is all I know. I look forward to the day it just won’t matter but that could be some way off.
Hopefully Roon 1.3 will help but I don’t know. Thoughts, Chris

I was afraid of that. I love Roon’s integration with Tidal, but this aspect of it is cumbersome right now. (crosses fingers that there is something in 1.3 that addresses this)

It certainly is a chore, and hopefully will get easier and better defined in the near future. For now, in the desktop Tidal app, when you get to an artist album section, just click the play triangle in an album. If it shows Master, favorite it. If it doesn’t, but you already have it as a favorite, you can undo that if you don’t want the duplicate to show when Roon syncs. That is a personal choice you need to make, but if you do, it certainly makes finding and listening to the MQA version much easier.

But of course this is a chore. We wait for database integration of MQA flags, like for other things.