For albums with multiple CDs I’d like to group in one album (as with Tidal and Qobuz) but I’d preferred to fix/change my underlying folder structure rather than manually editing using https://kb.roonlabs.com/Fix_Track_Grouping

This article https://kb.roonlabs.com/FAQ:_How_can_I_ensure_multi_disc_sets_and_box_sets_are_identified_properly%3F suggests that

should work but this still gets identified as two separate albums in Roon rather than 1.

Can you post the file path of 2 tracks on different discs?

Also, can you confirm all the discs have the same file tags for the album field?

I don’t have your answer but I believe I have a similar problem that I would like to tag onto this post. I have ripped the Grateful Dead’s “Golden Road” box set and I am having trouble keeping it all under one album. The splintering ROON is doing is confusing. I use MP3tag to retag the entire set, down to each song. Each song gets a number unique to the album, first album “1” second “2” and so forth. I do this for every song. Each song also is identified as a separate “discnumber” 01, 02, 03… in the “Album” line and all are named “Golden Road (1965-1973)” followed by the “Disc #”. Toward the bottom of the tagging programing it asks for a “discnumber” and I give it the same number as in the “Album” line, so if it is album Disc 1 then the discnumber is 1 also. It seems that ROON sees the individual albums as they were originally recorded and is pushing the live songs or additional tracks to their own albums which is creating multiple “Golden Road” albums. Some may be identified as having 2 discs to the album and others as just on. What I am looking for is one “Golden Road” album made up of all 12 discs. Just not happening.

Have I done the correct thing?

The folder structure looks okay, so if things aren’t appearing correctly still I’d like to take a look at a couple other things.

Can you share screenshots of the Album details screen for this album, along with your settings when you go to Settings > Library > Import Settings? 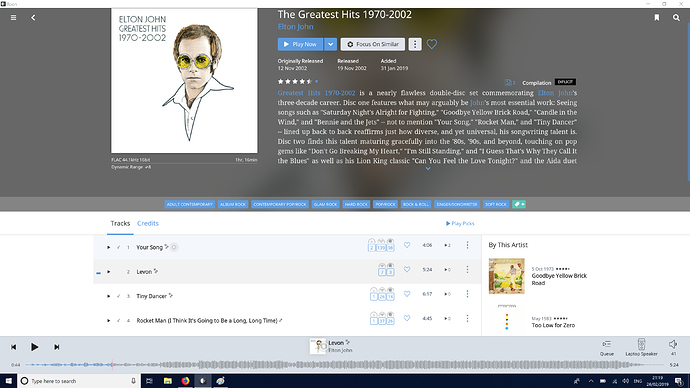 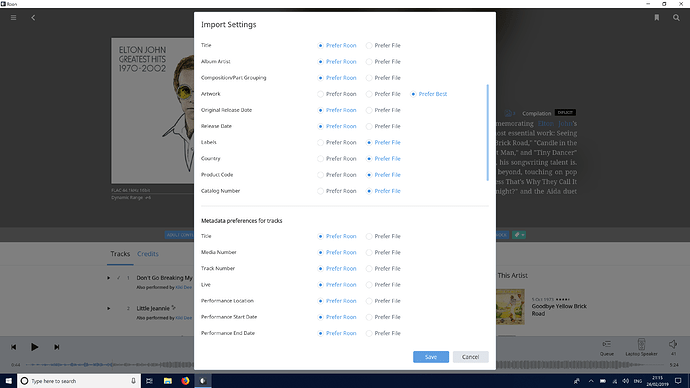 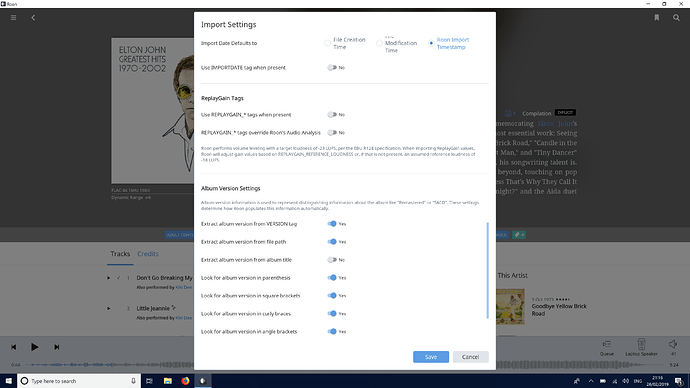 Is this ok @dylan?

Just to verify here, are there two The Greatest Hits albums showing in Roon that you want grouped into one? Can you share a screenshot of the other album appearing in Roon as well as the files in it’s storage location via File Explorer?