I’m ignoring all the “what is your setup stuff” as I’m asking for help in using the software, not bug-fixing or new functions. I use both a PC and an iPhone / iPad as controller.

So I’m discovering that the version of an album that Roon picks to display is not necessarily the one I prefer. For example, it picked the 2009 Mono version of Rubber Soul rather than the more recent stereo re-release. So this leads me to ask:

I have a lot of duplicate mp3 versions of a lot of albums [old iTunes stuff] so in general this feature is very helpful and works well. I’m just wondering if I can tune my library without dealing with all 1000+ simultaneously.

Hello @William_Coney, yes you can! To set a preferred version of an album, find the album in Roon and go to the “Versions” tab as shown below. 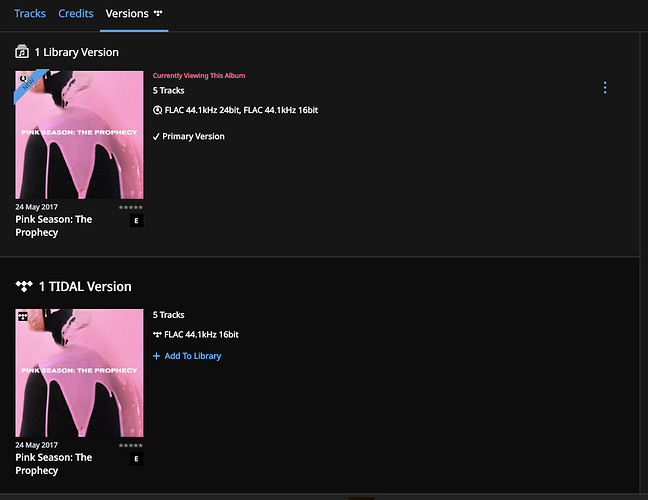 Clicking on the vertical ellipses to the right of your preferred version should give you the option to make that album version the primary version.