How to designate Primary Version?

I just signed up with Qobuz and can’t figure out how to designate the Qobuz album as the Primary Version.

In this example, Roon has designated my local lossy copy as Primary Version. How to I change it to make the lossless Qobuz version the Primary Version? A search turned up nothing on how to do this. 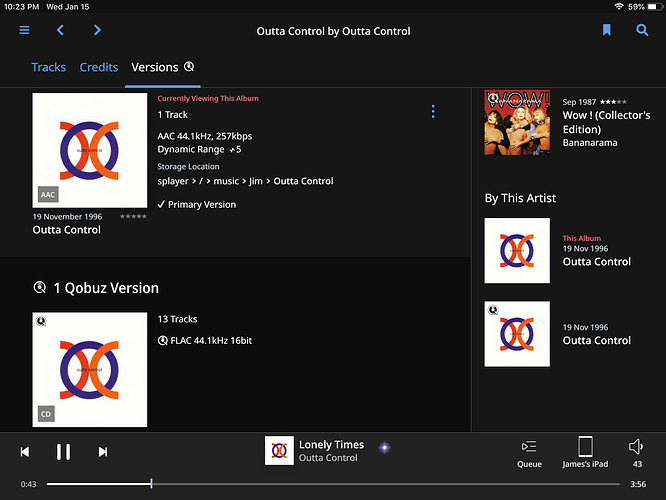 Click on the 3 dots to the right of the album cover and select Make Primary. From what I can gather Roon assigns primary on a last-added basis for local content, no idea re streaming content as I don’t stream.

You May need to add the streamed version to your library to then make it the default version. If you havnt already done this. Usually it automatic for the highest resolution

If albums/tracks are not added to your Roon Library either by Roon or making a them favourites in Qobuz local files of same album will trump them. As soon as you add them then it will play the highest Res version available. You can change try Primary version by clicking on the album , then versions and it will show you all versions in you library and elsewhere and you can add another or switch it.

Just bear in mind two releases of the same album with differing track counts are not considered by Roon to be the same release … because Roon deemed it so.

Sorry to be pedantic, but we consider them to be the same album (as a “work of art”), not the same release. The distinction is important and could become even more important in the future.

Thx for the clarification, any chance Roon could gather releases by album then? It’d be great to have a single entry for an album in the albums view which then drills down to the various releases as opposed to the current 25 releases of Rumours listed.

Thanks for the responses. In the example I posted there are no 3 dots by the Quboz version, and when viewing the Qobuz album version, there is no Version tab to select to so I can designate it as the Primary version.

They do have different number of tracks (the local version has a single track), but a post above indicates this shouldn’t matter.

Another example; I added 2 versions of a Howard Jones album. One was the regular release and the other a remastered special release (same resolution). When viewing either album, there was a Version tab available. However, there was no way to select one as the Primary version. Roon simply indicated the Primary version was which ever album I was viewing at the time. How can they both be Primary versions?

Are you not seeing something on these lines. 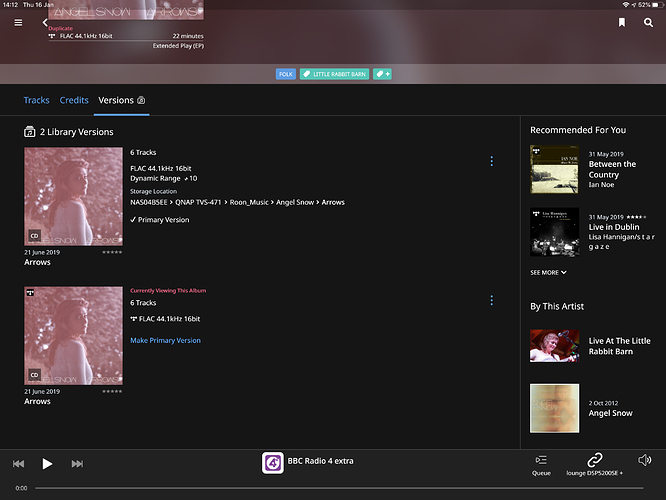 Shouldn’t need manual grouping at all. May as well be using LMS.

Well of this depends on how you search for a given album. I tend to use Focus and then either the name of the artist or the name of the album. what is returned is a display of all the albums and I can then chose the version I want to hear.

Tonight I’ll double check the Howard Jones example to see if I see the same thing you posted.

I think that’s the crux of the matter… Why is that option not there?

Most likely because you haven’t added the Qobuz version to your library so far. AFAIK the whole “Primary Version” thematic only applies to albums that are in ones library and not to the catalogues of Tidal/Qobuz.

Feel free to correct me if I’m wrong here. 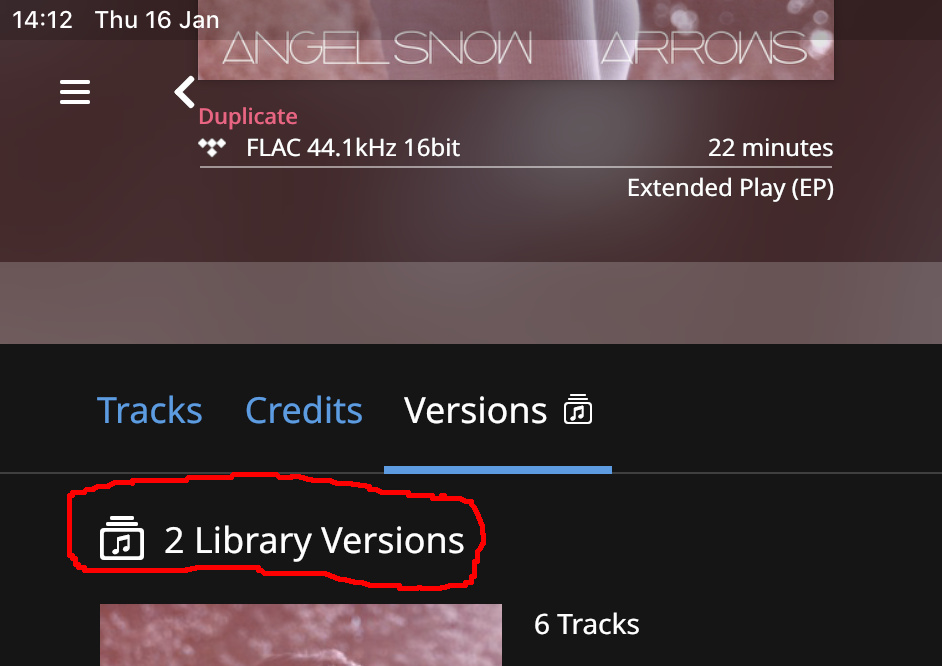 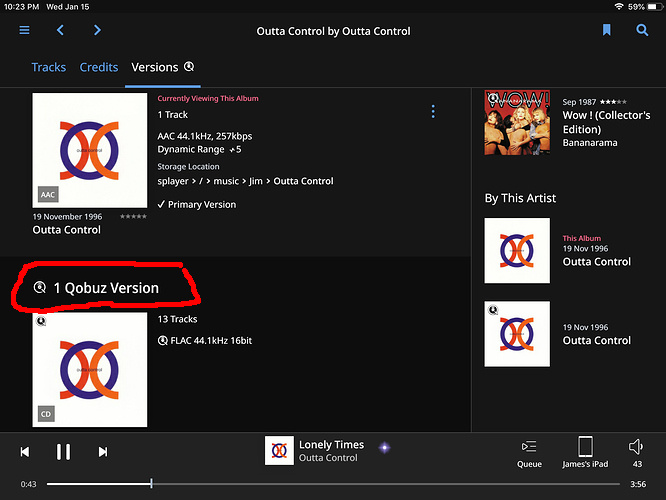 But I did add it to my library. To be absolutely sure, I’ll verify this evening.

Have you re booted the core? Just a thought.

Rebooting an OS because an app is misbehaving is usually an unnecessary wait time, just restart the app.

By rebooting the core, I meant Roon core by stopping and starting Roon.

I have tried restarting the app, but I haven’t tried rebooting the core. I’ll give that a try.