How To Do This With Roon Focus

Focus, Format
Scroll down and select Qobuz or TIDAL

I think Jim wants to see albums in his collection that are not in one service or another .So list all albums from Tidal that don’t have an album in Qobuz and vice versa. Is that correct Jim? I don’t think there is logic to do that. If not then the ± options on format will just show albums from one source or the other.

Exactly. I guess it can’t be done. I like to find the ones I have in one service but not the other and check to see if they have been added to the other service. I do this manually about once a week.

A less direct way to do this (outside of Roon) is to export the data for your non-local library to Excel, then sort on album title, which should generate a list in which Tidal and Qobuz entries for each duplicated album are paired. Not something I’d want to do weekly, but it is a solution.

I just page through this about once a week looking for the lone albums. Actually, there aren’t that many now that Qobuz has caught up with Tidal for what I listen to. Thanks. 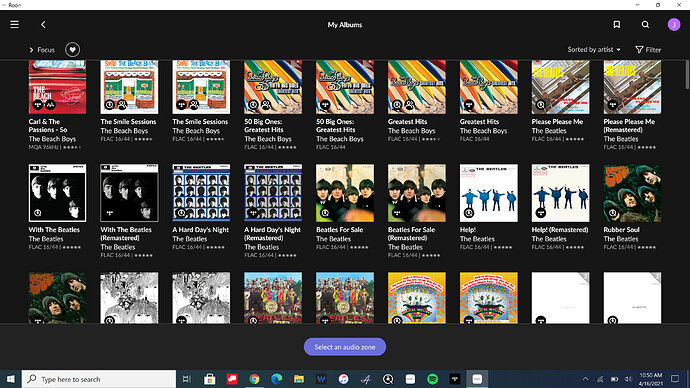 You could do this with tags. Every time you add an album that is in both services add the tag “Both”. Then do a focus for not “Both”.

Yea, that would probably work, but too much trouble. I would have to add tags to over 2200 albums.
Thanks.

Jim, are you trying then to decide on quitting subscription on one service and if so, which one are you keeping and why?

No, I’m keeping both. I just like to check once in a while for albums that were not available in both earlier, but might be now.

I kind of guess my question is this, If both services provide matched sets for you library, why pay for two?

I like both and like to compare. I like having both to feed Roon Radio. I like the redundancy of both. If I decided to drop one, I wouldn’t know which to keep and which to drop.

I was just intrigued, you have your reasons and it makes sense to you. I did have both, compared and ditched Tidal.

My last Tidal subscription was $100 and Qobuz was $150. I think both are worth the price.

Ok how about this. You say you page through looking for singles. Why not create a tag “Neither”. Tag all the singles Neither, select that tag then reverse it. Then you can group tag all the rest as “Both” and in future use the Both tag to isolate the singles.

Sounds like that would work. I’ve never messed with tags, but I guess there’s always a first time. I could just tag the singles as “Singles” and search on that. When and if I ever find a match in the other service, delete the “Singles” tag.

That would be easier 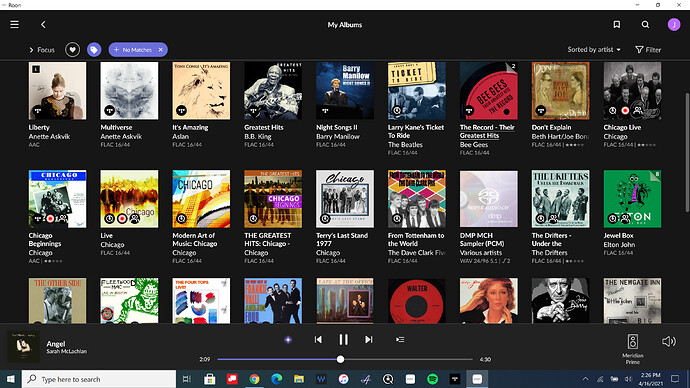