How to Group 3 DEVIALET PHANTOM in different rooms

How to play in the Bedroom only and not in the Living Room?

To do so I have to go to the DEVIALET SPARK App and remove the Living Room from the ROOMS setup. Is there a better way to do it with ROON Group feature?

Thanks in advance for your support …

Can you post a screenshot of Settings>Audio? I would thing each Airplay device is listed separately, so you can select which of the two Airplay endpoints you want to play to.

Here is the SETTINGS / AUDIO Screenshot. They are NOT listed separately, unfortunately!
FYI, I’m using a DIALOG device
ChromecastPBU and Apple TV are both connected to a SAMSUNG TV in 2 different HDMI Ports
By the way, I’m running ROON SERVER on a SYNOLOGY 415+ NAS server. 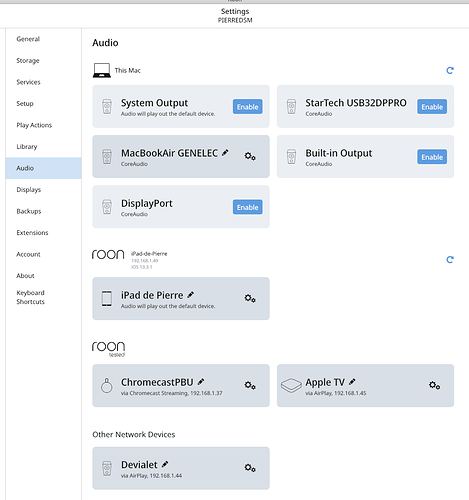 I see. I suppose the Dialog is what the other Network Device is, and that is feeding all your Phantoms. So you are tied to Spark.
I don’t know how old your Phantoms are, but I’m pretty sure you can run them without the Dialog. I just had a single Phantom, originally run through the Dialog. That was a holy mess and I took the Dialog out of the system. Roon recognized the airplay in my Phantom and I ran it that way.
I now use the new version of Devialet DOS and banished my Dialog.
You might try at least taking the Bedroom Phantom out of your system (using Spark) and running it via Airplay through Roon.

Are you on Devialet OS1 or OS2? As far as I know you can’t divide the speakers into different AirPlay groups, that is supposed to be implemented with AirPlay 2. Unfortunately the ETA of AirPlay 2 is about 2 hours before hell freezes over.

As far as I know you can use the Dialog as an optical input in DOS2.

I am on DOS2 and still haven’t removed the dialog in my system. It provides Airplay functionality to my older Phantom, but is also available in the DOS2/Devialet app as an input. 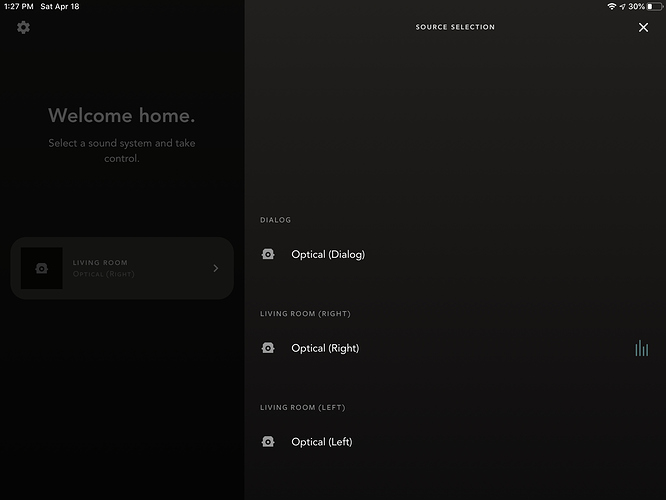 They are set up as a pair in the devialet app, but I assume if I added a third, and set it as a separate room in the Devialet app settings, that I could run them as a group in Roon via AirPlay.

Note despite using the optical out on the phantom, that in the Roon audio settings, each speaker also appears as an Airplay speaker source I could enable. It’s using the room set up in Devialet as the source name so in this set up even though each speaker appears as a separate item, enabling either one sends a signal to the stereo pair. In this way I assume if I had two different rooms set up in Devialet, I could enable both as airplay sources in Roon, and group them. 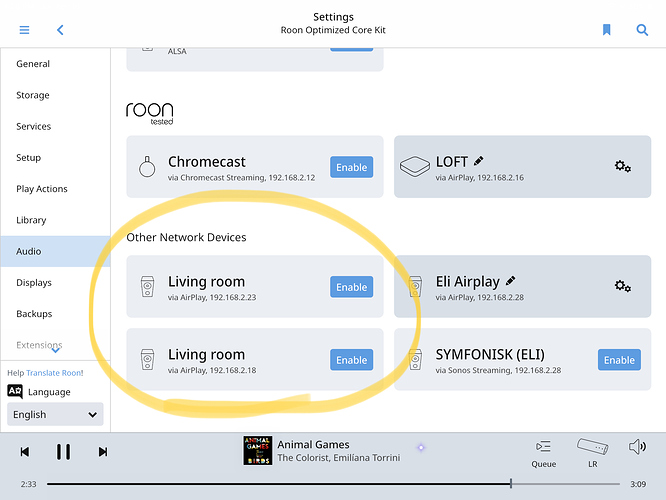 If I’m not mistaken multiroom isn’t supported yet in DOS2.

Hey, I just talked with the (excellent, and competent) DEVIALET Support engineer in France!

The guy told me we can do Multi Room with ROON, when DEVIALET PHANTOM are on DOS2.

So I’m going to install DEVIALET APP and upgrade my 3 DEVIALET PHANTOM Gold with DOS2 and I’ll keep you posted.

With Airplay or in the future with RAAT? Multiroom works well on DOS1. However, in Spark and not in Roon. For Roon I use 2 RPi‘s with digi+ boards and RAAT.