How to improve Roon's discovery of new music

I am talking about properly discovering new music, not “discovery” in Roon’s sense, which only brings up music that is already in my library. I consider that already discovered…

I stumbled recently on this Spotify playlist 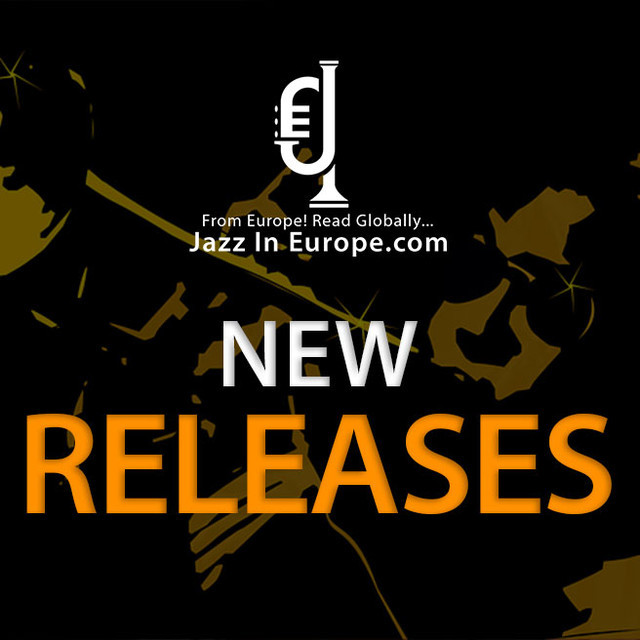 New Jazz Releases, a playlist by jazzineu on Spotify

A selection of tracks from the latest jazz releases from around the world curated by the team at Jazz In Europe. If you wish to have a song considered for this playlist, please contact us via our website www.jazzineurope.com

This is a list of recent releases, apparently Spotify issues such a list periodically. This is jazz only, so if you’re not into jazz please ignore it.

What I don’t understand is how come Roon’s “new releases” feature didn’t bring up most of the albums in that list, even though when I searched for them one by one, they are available? What drives Roon’s “new releases for you”? which, by the way, brings up a lot of trash that does not interest me in the slightest? Is there anything a user can do to “teach” Roon so we can get better new music suggestions?

You have to teach Roon. So, if you were to build a playlist with those tunes in it, then Roon would build that into what it knows about you and make similar suggestions.

I find that no matter what playlist I build, Roon Radio takes its suggested music from the last song in a playlist. Is that correct?

When using the Roon Radio feature this is how it seems to work. Which is also how Roon Radio works when one is playing a Various Artists album, as in an album featuring songs by different artists,. Roon Radio selects the next song based only the last song played.

@DanMtsn – what’s worked for me for jazz discovery is to start Roon Radio from an album, using Qobuz. I pick an album, select “Roon Radio” from the album screen, and I have rarely had repeats of the album within a listening session (I do get repeats of the artist). I had a bootstrapping process when I would seed with the albums from my local music, then started discovering newer artists, added them to my library, started seeding with albums by newer artists, discovered more artists I like, added to library, and so on…

I have encountered so many new artists and albums in the last eight months that I’ve added about 300 to my library.

me again
I am starting roon radio from an album, but when that album ends I get a "radio"of about 10 pieces that then repeat themselves over again. I remember this used to work quite well and always bring up new music, now it’s just circling between the same 4 or 5 albums.
anything I can do in settings to improve this?

When you are on the Roon Radio page - the three dots on right hand side of the screen, if you touch there - is “Limit Roon radio to library”active or not?

not, that is disabled
it’s driving me crazy… it plays “radio” for a couple of tunes then it reverts to the same list of 15-20 tracks. there’s something broken here

thats exactly how I use Roon. but now it doesn’t work like that anymore, the only "new"stuff that comes up us from a list of 15-20 albums, aways the same, I could even go on and list them from memory if it helps…

I made this change because when I picked Roon Radion from/on the album, I would always get the same two or three tracks, so most tracks on albums were never getting played for me. Now that I seed with album+track, I can make sure to pick a track that has not been repeatedly played.

Using this procedure, I’ve been getting non-repetitive results. Here’s my last day or so of history. Not too many repeats as far as I can tell (and some of them are my delibarate repeats at the top/bottom of successive screenshots): 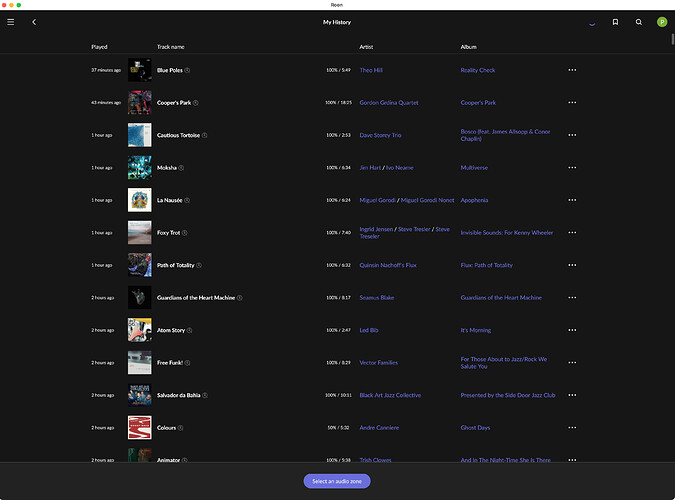 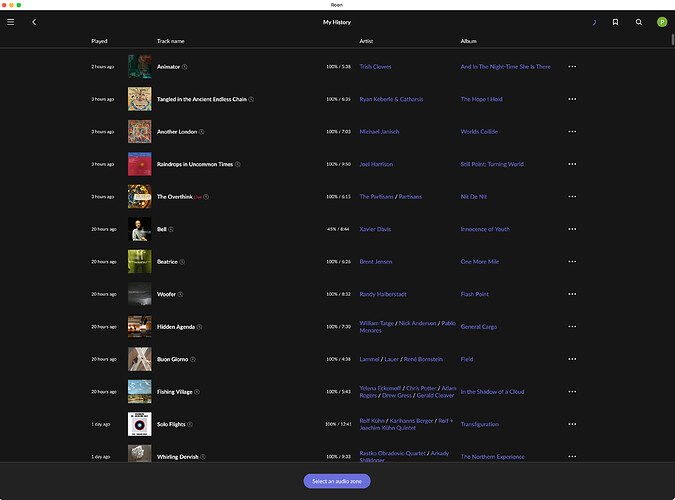 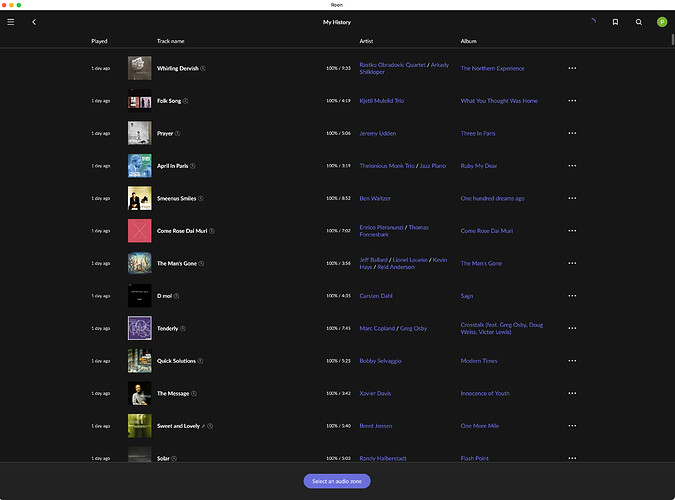 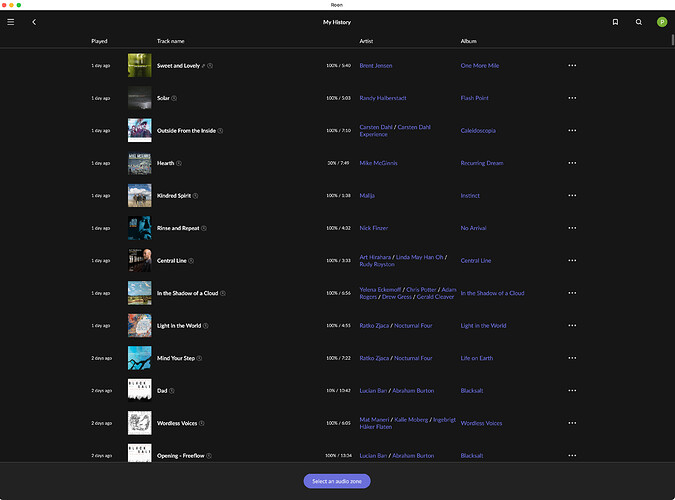 EDIT/UPDATE: Oh, and I should add: I’ve added about ten new albums to my library in the last two days, which is about the usual rate for me using this procedure. So Radio discovered at least that many new albums for me…

If you choose an album to seed Roon radio, Roon uses 1 track. Not sure if it random or not.