How to link tracks to composition

I have an (unidentified) album by Amar Quartett playing Mozart’s String Quartets K428 and K590.
In some other unidentified albums I have seen Roon substitute the name of the composition (I,e, piano concerto xyz) instead of the track tags I had put in. Somehow it made the link.
With the Amar Quartett CD, I have tried several different ways of writing the track titles (KV428, K428, K. 428 etc.), but Roon did not identify the compositions on this album. Is there any way to actively link tracks to a composition. Is there any way to see what the “official” name of a composition in Roon is, if I do not have an album that Roon has already identified.

One “trick” I often used to work around this kind of issue is to locate a Tidal album holding a performance of the same composition, and where after having been added to your library, the composition is correctly identified and linked to an allmusic id (with metadata for composition date, period, instrumentation, review, etc). Surprisingly, once the Tidal tracks with this performance are added to your library, this is often enough to have Roon “magically” recognize your problematic performance. If this does not work, you can merge your performance with the one added from Tidal.

But be carefull not to remove the Tidal performance from your library. I found that if you do that, Roon will undo the results a few hours after the removal, seemingly after some sort of “background” analysis of your library.

I do not understand the rationale behind this state of affairs. I would really appreciate if @joel could comment.

Make sure there is (a) a composer and (b) a classical genre.

If those are already the case, a screen shot would be useful.

Thanks for the feedback. This seems to be a difficult subject.
Here’s the list of compositions, where the Amar Quartett entries clearly are not in the format Mozart String Quartets usually are written. 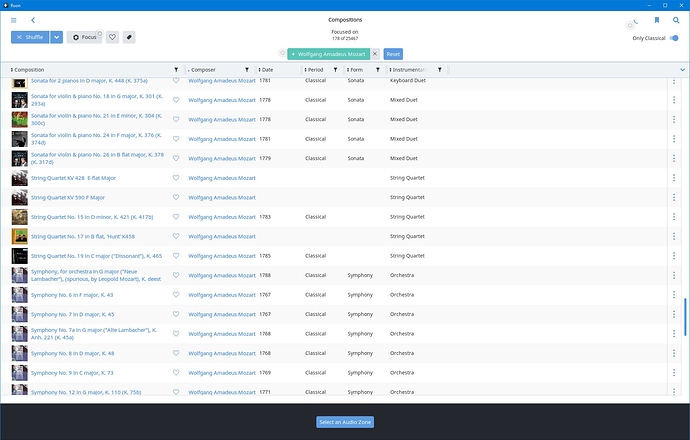 This is the screen for the album: 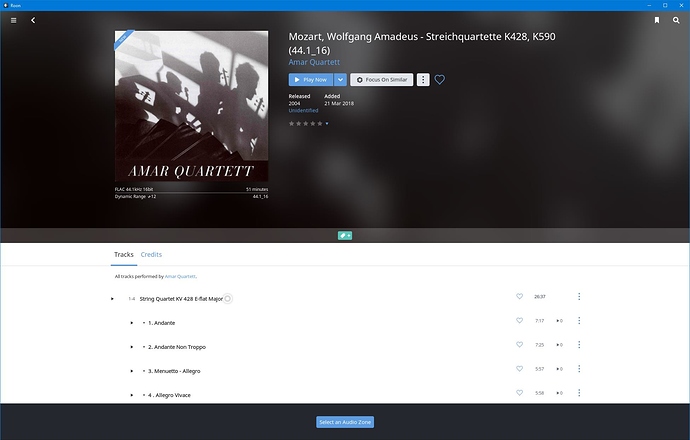 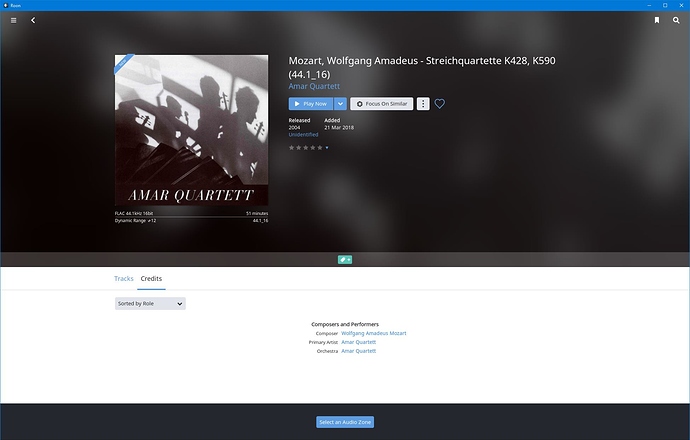 Credits.jpg1950×1245 101 KB
Roon really is a box of wonders. Sometimes I wish it had a manual mode, instead of it doing everything automatically.
1 Like