How to make sure cover art appears (unidentified)?

I’m using a Roon Nucleus. All firmware and software are up to date.

I receive a lot of pre-release music, usually in the form of files, often but not always .wav. Usually a cover image is included. Because it’s pre-release, Roon can’t recognize the album. Usually I just make sure images (including the cover image) are included in the folder with the music and the cover art shows up, but it doesn’t always work. I’m providing one example here, below.

Recently I found an old post suggesting that cover art should instead be in a separate folder called “artwork” alongside the tracks, so I tried that, too: No dice.

Here’s an image of the nested music folders (you’ll see that there are several images; the front-cover image is the largest):

and here’s what I see in Roon immediately after forcing a rescan: 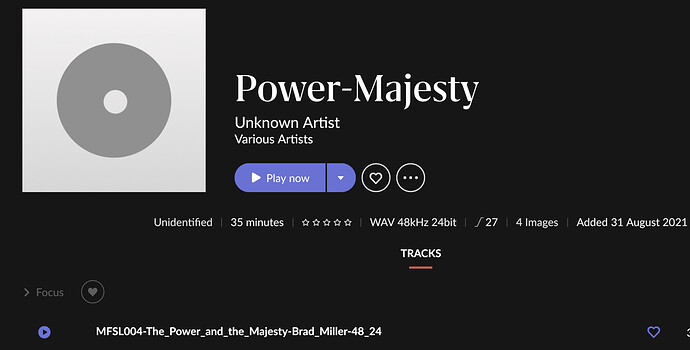 So how do I fix this?

FAQ: How do I change the cover art of an album?

You can always add new cover art via an album's Edit screen, which you can access by clicking Edit under the 3 dots menu and selecting the Edit Fields tab. From the Album Artwork section, you can choose between the cover art that Roon has...

Your screenshot shows four images, so Roon is seeing these and should display them (click text to view). To get the album cover to show, just renaming the one for ‘…FRONT.jpg’ to Folder.jpg should enable Roon to use it as the album cover automatically.

Why is Roon replacing my cover art? Roon Software

Lots more information here. In Roon you’re going to choose a preference, meaning “if Roon finds cover art in our metdata service, and there’s also cover art with your files, this is the art that is preferred”. The default is to always use the highest quality cover art, and if only one is available, we will always use that. If you go into Settings > Library > Import Settings and choose “Prefer File”, Roon will use the highest quality local art we can find (in file tags, folder, etc), assuming …

seems to imply that if there is more than one image in the folder, and Roon doesn’t know which one is the front, then it won’t use one of them at all.

I considered this but rejected it. It provides a solution, but sort of an unsatisfactory one, in one respect: The art is already in the folder, but using this approach doesn’t allow me to select it from there. What I want to do is point to the art inside the file, and I couldn’t do that. So, fine, but I didn’t like that solution much.

seems to imply that if there is more than one image in the folder, and Roon doesn’t know which one is the front, then it won’t use one of them at all.

Rename the front image in folder.jpg or cover.jpg
Rename the rear image in back.jpg

I was so sure this would work (and the earlier suggestion from Tony Bates) that I was ready to mark it as the solution without trying it first. But I went ahead and tried it (This is a screenshot from the NAS):

and it still doesn’t show. I rescanned twice:

Have a look at this: Screenshot from the NAS: 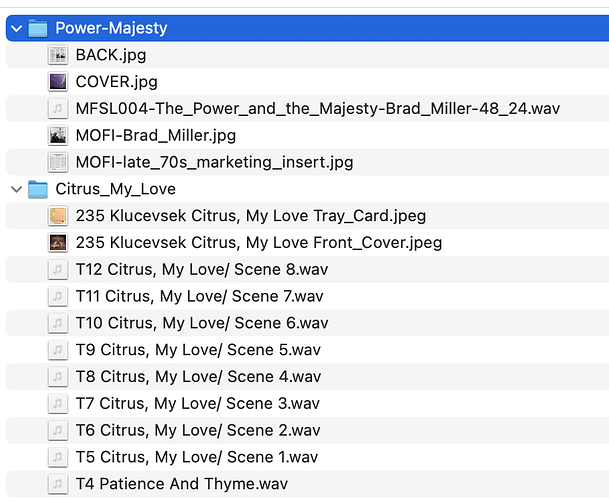 (I decided to get rid of the “artwork” directory and put the image files directly in that folder’s root.)

See the second folder? Cover art shows up for that one: 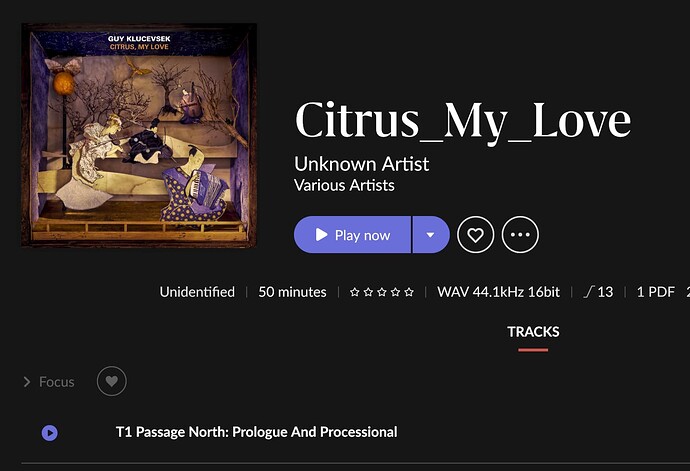 Weird, right? Still doesn’t show up for the first. So I thought I’d get heavy-handed and try calling the cover “FRONT_COVER.jpg”. I even tried changing .jpg to jpeg, since that’s how it was done in the second case. Forced rescan again. But none of this worked. 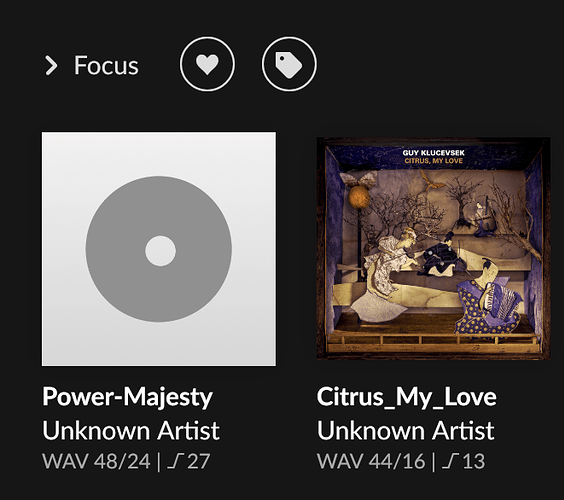 That album cover file large by any chance? I get this all the time with covers from Apple Music, which can be anywhere from 2-30mb.